A society without a moral compass needs its conscience overhauled 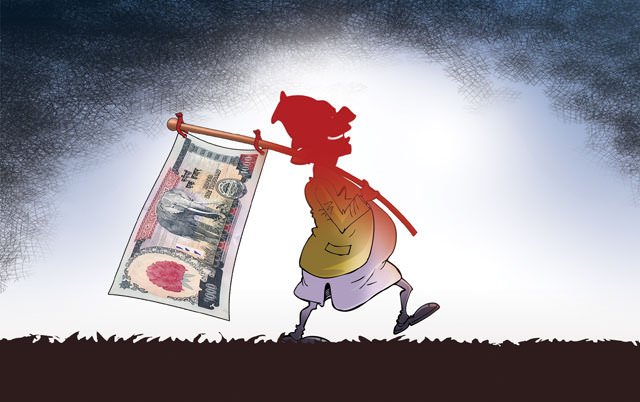 The previous chief secretary Somlal Subedi had only three months to go till retirement. He pushed a file up to the cabinet to allow himself to work at the Asian Development Bank in a post meant for a civil servant working at a level three steps down the rung. The cabinet, under Prime Minister Pushpa Kamal Dahal, approved it swiftly, unleashing an uproar against the government and shaming Subedi.

One of the main agendas of the Maoists while they were underground was to weaken the state. They destroyed public infrastructure, discredited the cultural narrative and disrupted social norms. Even after the party came into mainstream politics following the ceasefire, they don’t seem to have given up trying to sabotage  democratic politics from within.

In their decade plus of over-ground politics, the ex-rebels have established themselves as one of the most corrupt parties in Nepal. Dahal, disruptor-in-chief, has become prime minister twice, proving his knack for realpolitik. He orchestrated a mayoral win for his daughter using a loophole in the election regulation last year, and crafted a massive win for the alliance with the UML.     Now, newly-minted billionaire Ajeya Raj Sumargi, said to be a close confidante of Dahal in financial matters, is under scrutiny for charges of money laundering and amassing illegal wealth. It has become an open secret that Sumargi struck it rich under the political patronage of the Maoists, especially Dahal.

Sumargi, said to be the Maoist bagman, managed Dahal’s personal finances extracted from compensation for ex-guerrillas. He was caught on tape admitting that he had inflated the strength of the rebel militia to enlarge the pie.

There is a trickle down effect of this sort of plunder. Even at the grassroots level, ex-rebels made no effort to hide their new-found opulence. The nexus of the mafia, politicians and businessmen is so intricate and so deeply entrenched in our society that criminals contending elections and winning came as no surprise.

But blaming Maoists for all the ills would be unfair. Traditionally, with all sources of power and prospects of upward mobility in tight control of a few elite groups, Nepali society was structurally engineered to be corrupt and immoral. The feudal forces exploited it to the hilt, and the imperfections became more severe in the era of limited democracy.

The same forces that were supposed to fight those imperfections helped reinforce them. And now, the decadence seems to have penetrated to all levels and all institutions. The interest of the medical mafia, with strong support from the UML, has destroyed the credibility of the medical profession in Nepal. The apathy of municipalities toward the value of our heritage sites has laid bare the level of moral failure of our leaders.

The military has now joined the list of corrupt institutions. A few years back it demolished a century-old heritage building, citing the need for a hospital for serving and retired military personnel and their families. But now the military has issued a tender for renting the space as a commercial mall (see page 11). They did not even bother to get the required building permits from the municipality.

What is more worrisome is the tolerance Nepali society has developed for corruption at the household level. It is even quietly lauded in family gatherings.

When Somlal Subedi was questioned about why he accepted the ADB job when he was sure it would cause a great disgrace for him, he was reported to have said that it was time he earned some money. He bluntly stated that in the three years that he would spend with the ADB, he would earn more than he has earned his whole life as a civil servant.

Dahal, the prime minister, was asked as to why his appointment was approved by the cabinet.  His answer: “When the cabinet secretary comes up with a personal request, the PM usually does not say no.”

The Nepali Times guide to where to go, what to drink and how to write new headlines for the New Year
MALLIKA ARYAL
Wow! It namely likewise fine treatise about JavaScript, babyliss pro curler I dissimilar Your post doesn't acquaint any sense. ray ban outlet uk if information are defined surrounded sketches one can effortlessly be versed with these. hollister sale I think a visualized exhibit can be better subsequently simply a effortless text, chanel espadrilles for sale that why it gives you improved quality. getnjloan.com Can you amuse forward me the code for this script alternatively interest distinguish me surrounded detail among relation apt this script? Vivienne Westwood online get a babyliss perfect curl Very soon this network sheet longing be outstanding among all blog viewers, isabel marant sneakers saleI too prefer Flash,