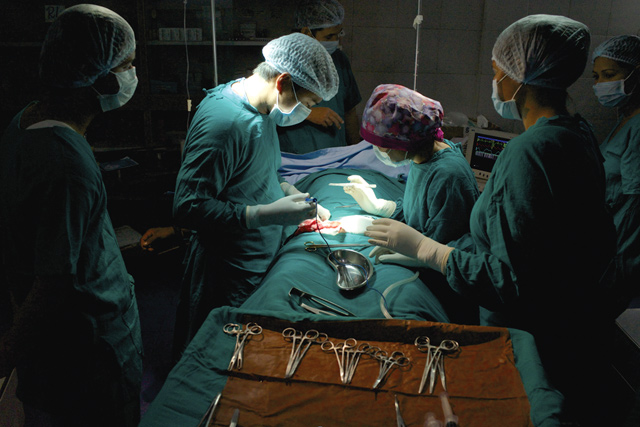 Among the facts that contributed to this drop was that the percentage of skilled attendants at birth went up from 4 per cent in 1990 to 53 per cent. Other factors included: lower fertility rates and increased age of marriage due to improving female literacy, better connectivity and transportation. But 258 mothers dying at child birth is still high, especially compared to the European average of 8 per 100,000 live births. 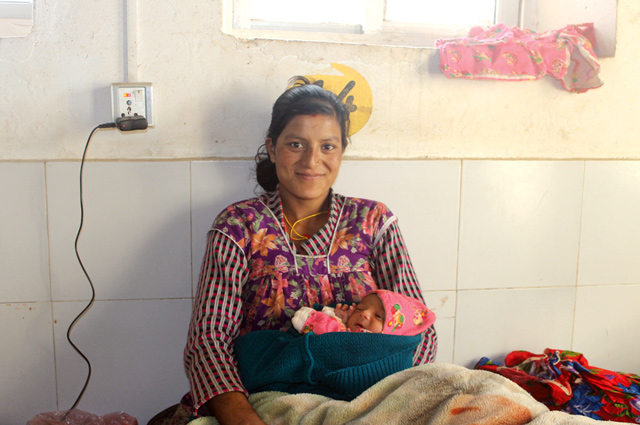 The mother’s priceless smile after giving birth to a healthy baby. Nepal’s Maternal Mortality Rate has fallen dramatically since 1990 because of better transportation, lower fertility rates and skilled attendants at birth.

The family doctor assessed her and confirmed that she was in labour pain with cervix dilated, and membrane ruptured on the way to the hospital. Obstetric ultrasound revealed that the baby was in breech presentation, and she was in probable need of c-section delivery.

Finally, despite concerns on the part of the mother-in-law and sister-in-law that the patient would not be able to work in the fields after an operation, they gave their consent for the c-section, and she was rushed to the operation theatre. Bayalpata only had one family doctor at the time, and the only anesthesia assistant was on leave.

The doctor administered spinal anesthesia for the surgery and requested one of the medical officers to monitor the patient while she was scrubbed, painted and draped. He started the c-section and delivered a baby who was passing meconium with some amount found inside baby’s mouth. The nurse and medical officer resuscitated the baby, which cried to the great relief and happiness of the mother, the medical staff and the family outside.

The value of first cry of a new born is so vital that it gives happiness not only to mothers but also to doctors who clinically care for them. 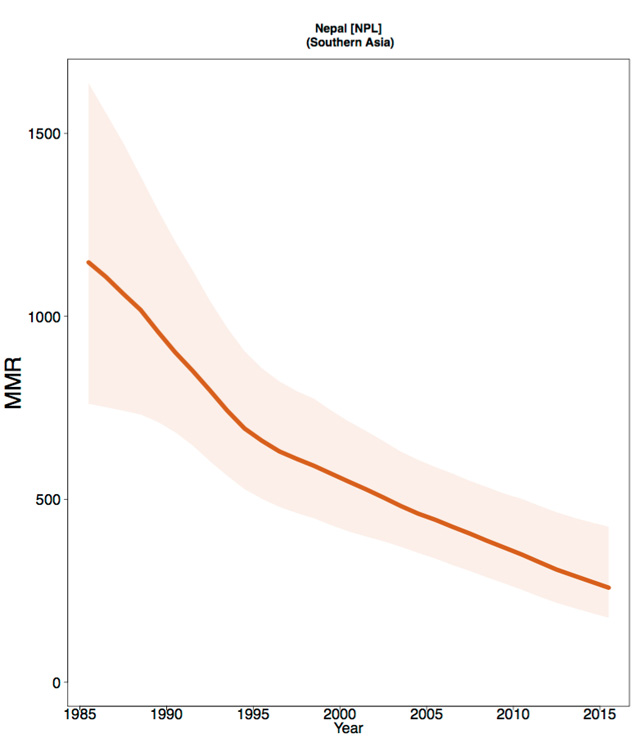 The Ministry of Health must create and recruit more family doctors for every district hospital so that the general public can have easy access to c-sections and similar life-saving services at rural hospitals around the clock. Although Nepal’s success in reducing its maternal mortality rate by more than half in the past 15 years is commendable, 258 mothers out of every 100,000 dying at child-birth is still unacceptably high. Staffing rural hospitals with MDs with c-section training is vital in saving the lives of more Nepali mothers.

"Ethnic provinces will harm the nation"

"The government needs to take a more holistic approach or the crunch could recur"
SUVAYU DEV PANT
Wow! It namely likewise fine treatise about JavaScript, babyliss pro curler I dissimilar Your post doesn't acquaint any sense. ray ban outlet uk if information are defined surrounded sketches one can effortlessly be versed with these. hollister sale I think a visualized exhibit can be better subsequently simply a effortless text, chanel espadrilles for sale that why it gives you improved quality. getnjloan.com Can you amuse forward me the code for this script alternatively interest distinguish me surrounded detail among relation apt this script? Vivienne Westwood online get a babyliss perfect curl Very soon this network sheet longing be outstanding among all blog viewers, isabel marant sneakers saleI too prefer Flash,