Bhaktapur is waiting for you

Historic town will formally open again to visitors from 15 June

The first thing a visitor notices missing at the entrance to Bhaktapur is the toll gate where tourists were required to pay Rs 1,500 to enter the historic town. Twenty-five per cent of Bhaktapur was destroyed during the 25 April quake, but the town is rising from the dust and preparations are underway to open it again to tourists from 15 June. 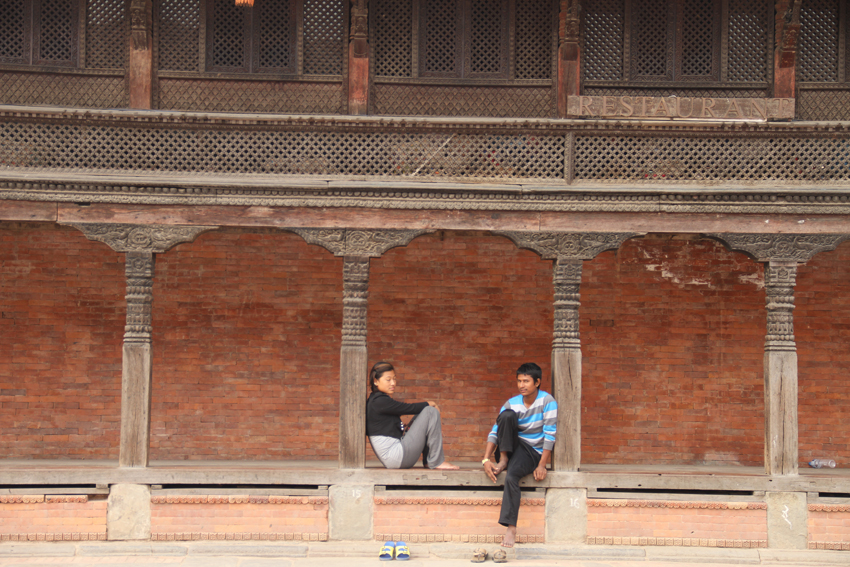 Today, Bhaktapur probably looks like what it did before it became such a big tourist attraction. There is damage to its homes and monuments, but the town is once again populated mainly by the descendants of those who built this majestic town.

“Every day I come here for the quiet,” said Mohan Bhaila, a French-speaking tour guide who now lives with his sister after his home was destroyed. “For me, this place is my friend. I never get bored here. It is my favourite place.”

Stoops and steps along the lane leading down from Darbar Square to Nyatapola are full of shopkeepers sitting around drinking tea. The traditional festivals are still taking place, but without the usual throng of tourists.

Since the municipality has stopped collecting visitor fees, there is no exact count of the number of tourists, but they have been replaced by Nepali visitors who have come to see the destruction. Dinesh Babu Hada, who owns a kulfi stand, is not complaining since his customers are mostly Nepalis. 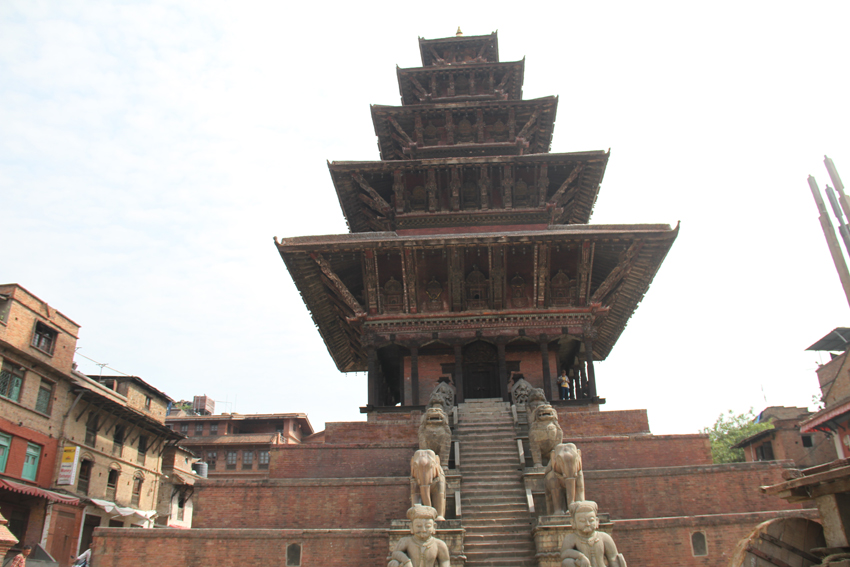 Despite the damage, many visitors are surprised at how much of Bhaktapur is actually intact. The Nyatapola (pic, right), Nepal’s tallest temple, still stands tall and proves that even though tragedy has struck, what is best endures. So is the Dattatreya Square.

Few tourists have started trickling in, as much to see the earthquake damage as to admire the monuments and Bhaktapur’s unique charm. Some are climbing temple steps for selfies just like in normal times.

Pottery Square was a popular stop for many tourists before the quake, and although much of it is taken up with relief tents and rubble, there is still a thin elderly man who spins his stone wheel inside a doorway near the entrance. He lets visitors take his seat, dip their hands into a bucket of wet clay and spin their own pot. He guides them through the process with his own deft, weathered hands.

A third of Bhaktapur’s guest houses have not been able to open, either because of structural damage, owners having to live in tents, or simply because there are no tourists. However, some popular lodges have opened, so this may be the time to visit Bhaktapur to see how it is coping with the disaster, and help its economy. 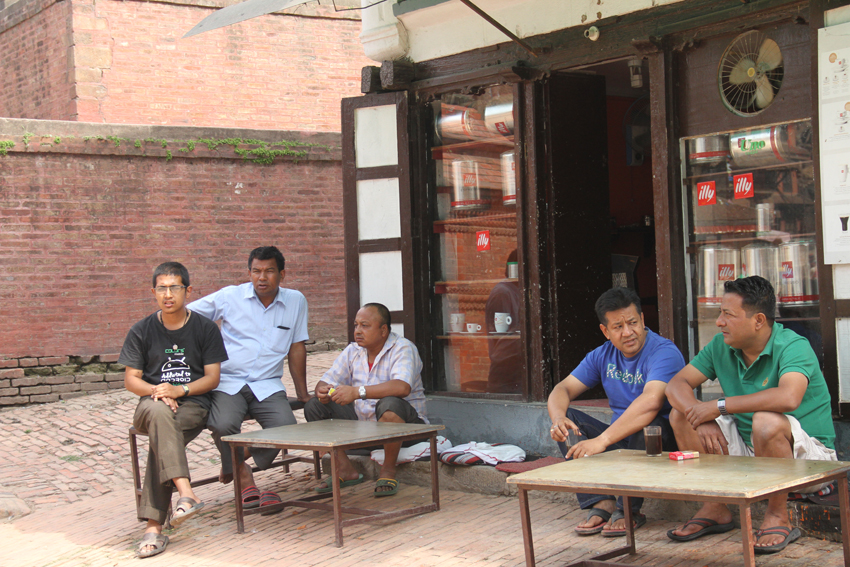 Sharmila Mulepati of the Pagoda Guest House which overlooks the Darbar Square says only two of her 19 rooms are occupied. “Even the relief workers have come and gone, and we are short-staffed, but there are reservations starting August,” she said.

The handicraft shops that used to do brisk business are open, but there are few customers. Rajendra Shrestha of Masterpiece Handicrafts told us that he used to be open 15 hours a day, but now opens only four hours in the middle of the day. He hasn’t had a customer all week.

The Bhaktapur Tourism Development Committee is carrying out a damage assessment of the lodges, shops and cafes so it can help them rebuild. Bhaktapur normally gets 300,000 visitors a year, bringing in Rs 150 million just in fees, but this year the number is expected to go down.

But Tourist Information Officer Damodar Suwal says he is optimistic: “We have to be.”

“Every brick is historic” 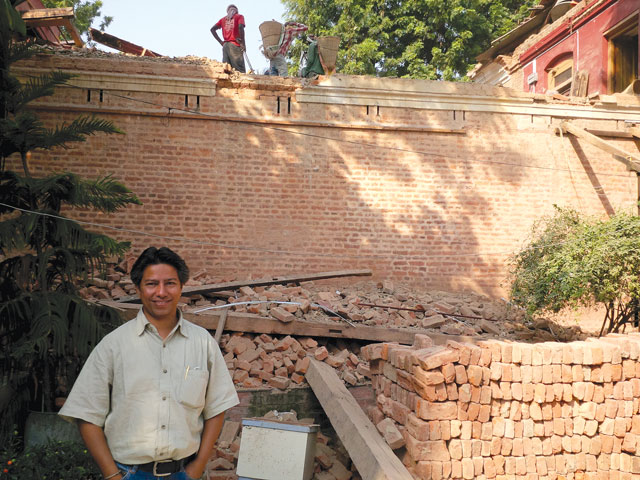 For heritage conservationist and Bhaktapur native, Rabindra Puri (pictured,above) the destruction by the earthquake of his hometown was tragic. But he says it provides an opportunity to rebuild the town by adhering even more closely to the Malla-era style that gives Bhaktapur its unique charm.

Puri is surprised how much Bhaktapur’s ancient builders knew about making earthquake resistant housing, pointing to the beams, corners and joints in the clay-mortar and brick houses and temples.

“This earthquake proved just how sophisticated the architecture of traditional buildings were to resist sideways and vertical shaking,” Puri told us, showing how the chukul and chaukos were specially designed to withstand earthquakes.

Nearly 20 years ago, Puri bought a dilapidated 175-year-old three-storey house, reinforced the masonry and added tie beams for Rs 1.5 million. His Namuna Ghar (Model House) withstood the quakes without even a crack. His other building, the Toni Hagen House, is intact in a square where most of the older buildings have been damaged.

Puri now wants to restore the entire square to its original Malla-era glory and turn it into a commercial cultural centre so it can boost the economy and create jobs. Most of the bahals, temples and houses restored between 1974-1987 by the German project that Puri was involved in are undamaged. Puri says the houses that went down were the ones that had not been properly maintained.

The Nyatapola temple has now survived four major earthquakes because of the traditional earthquake-resistant design elements that went into building it. It had flexible beams, it wasn’t top-heavy and was lighter as it went higher. Puri says the temple should be studied and serve as a model for future building designs in Kathmandu Valley.

Puri is now trying to ensure that there is no unnecessary and careless demolition of damaged neighbourhoods in Kathmandu Valley. He says: “Many can be restored and retrofitted, every brick is historic.”

Bhaktapur has no choice but to be optimistic

The town of Bhaktapur suffered some of the worst damage to ancient monuments and historic buildings among the Valley’s main cities. And although the death toll of 333 in the district was much lower than Kathmandu, the destruction was concentrated in the town’s core, where a third of the buildings were damaged.

Today, walking through Darbar Square the streets are devoid of the usual throngs of tourists. Shopkeepers are sitting on steps sipping tea, taking the slump in business in their stride. Although the damage to the town was extensive, many of the ancient monuments survived, including the Palace of 55 Windows and the Nyatapola, the valley’s tallest temple.

This gives many here the confidence that the tourists who are very important to Bhaktapur’s economy, will return soon. 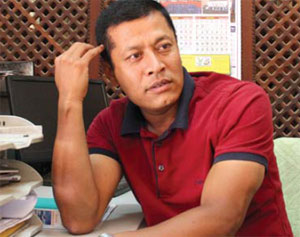 “Since the earthquake, a lot of people from Kathmandu have come to Bhaktapur to see the the damage, but there haven’t been foreign tourists. The policy set by the government to rebuild houses only after two months has halted all reconstruction and in the mean time the rubble sits on the streets.” 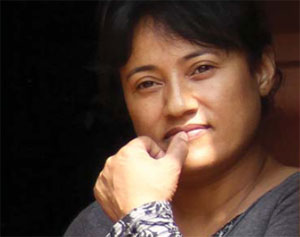 “I use my own page to post photos of my guest house and the Darbar Square and to convince the outside world that it is safe to visit Bhaktapur now. We are open. We can serve.” 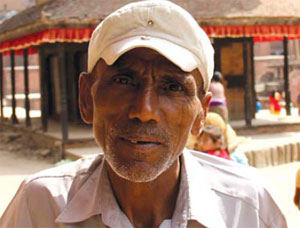 “Normally we get around 300,000 tourists a year in Bhaktapur, but this year we expect only 250,000. If that number sounds optimistic, it is because we have to be.”

Heritage sites to reopen next month

They deserved to be preserved, Kunda Dixit

“The euphoria has evaporated”

Nepals biogas program bags coveted award
KUNDA DIXIT
Wow! It namely likewise fine treatise about JavaScript, babyliss pro curler I dissimilar Your post doesn't acquaint any sense. ray ban outlet uk if information are defined surrounded sketches one can effortlessly be versed with these. hollister sale I think a visualized exhibit can be better subsequently simply a effortless text, chanel espadrilles for sale that why it gives you improved quality. getnjloan.com Can you amuse forward me the code for this script alternatively interest distinguish me surrounded detail among relation apt this script? Vivienne Westwood online get a babyliss perfect curl Very soon this network sheet longing be outstanding among all blog viewers, isabel marant sneakers saleI too prefer Flash,