The return of the microbes 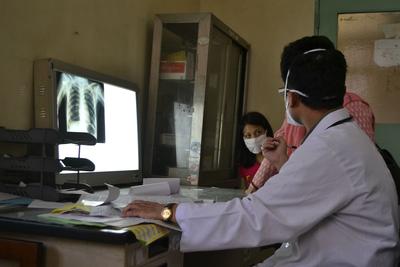 Nepal has taken major strides in the past 50 years in controlling communicable diseases like tuberculosis, malaria and HIV.

But the microbes are fighting back, and a worldwide scourge of drug resistance threatens to undo public health achievements.

Nearly half of all Nepalis are carriers of the TB bacillus, although not all show symptoms of the disease. But there are now at least 950 patients a year not responding to the cocktail of antibiotics that made Nepal’s Direct Observation and Treatment Short-course (DOTS) program a model for TB control worldwide.

“Drug resistance to tuberculosis is a huge problem,” says Rujan Malla at the National Tuberculosis Centre. Multi-drug resistant TB (MDRTB) is now seen in 2.2 per cent of all new cases and up to 18 per cent of relapse cases in Nepal. One in four patients with MDRTB dies and many more go undetected.

Every year there are an estimated 45,000 new TB cases, of which 35,000 are administered DOTS treatment. Up to 5 per cent of them will not be cured and will have to come back for a second treatment, which takes up to 20 months to complete, has severe side effects, and cost much more to treat. Donor agencies like The Global Fund and LHL International (Norway) support the program. 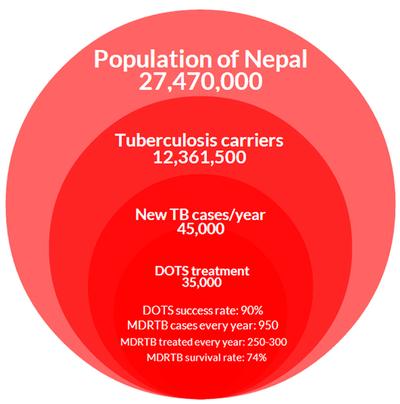 “The big question for all of us is: what happens with the missing 10,000?” says Malla. Half of them opt for care at private hospitals, who may not have the time to set up a patient-focused DOTS, and may have to pay more for over-the-counter drugs which may not be as effective.

Those whose treatment is incomplete or who are not treated at all have the danger of surviving with MDRTB and spreading the resistant variety to at least 15 other people before they die.

Giampaolo Mezzabotta, WHO Medical Officer for TB in Nepal, says: “MDRTB in Nepal is at a warning level and has been so for some years now. The way to stop it from infecting first time patients is through early detection and treatment.”

Since most people living with HIV are infected with TB because of their weak immune system, studies have shown that drug-resistance makes it more difficult to treat them even if they are on anti-retrovirals (ARV). According to WHO routine surveillance of HIV drug resistance in Nepal has not kept pace with the scale-up of treatment in many countries. 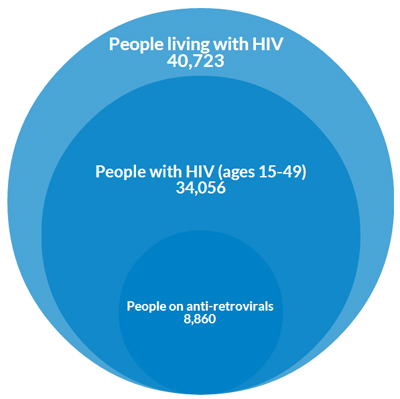 UNAIDS 2013
There are an estimated 40,000 people living with HIV/AIDS in Nepal, of which over 15,000 are enrolled in some form of treatment program, including 8,000 under ARV. Nepal does not disaggregate its TB treatment outcome by HIV status, experts say, so there are no figures to prove that HIV patients with drug-resistant TB have a higher mortality.

“Studies have shown that early HIV diagnosis and access to treatment for HIV can reduce a person’s risk of TB by 65 per cent,” says Ruben del Prado (see interview, below) UNAIDS country director for Nepal. “When treatment of TB is combined with anti-retroviral treatment for HIV, the risk of TB disease can be reduced by around 90 per cent.”

But a new WHO report says that across the world germs are developing resistance faster than newer medicine can be invented. Indeed, in the past 25 years no new antibiotics have been discovered at a time when tuberculosis, HIV, gonorrhoea, pneumonia, urinary tract infection, malaria, and even diarhhoea have increasingly become drug-resistant all over the world.

To make matters worse, even perfectly healthy people may be developing hidden resistance because of the antibiotics they ingest through meat products. Most chicken meat sold in Kathmandu were found to contain residues of penicillin, sulphonamide and tetracycline, that were administered to poultry to make them grow faster.

Malaria control is another public health success story, and Nepal exceeded its MDG target to cut morbidity and mortality from the disease by 40 per cent in the past five years alone. The plan is to eradicate indigenous malaria transmission by 2026, but three-fourths of Nepal’s population lives in areas bearing malaria risk, and both the mosquito and the parasite are developing resistance to existing drugs. 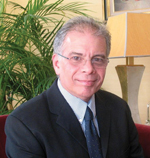 “TB is both preventable and curable”

Nepali Times: How are the two epidemics – TB and HIV – linked? 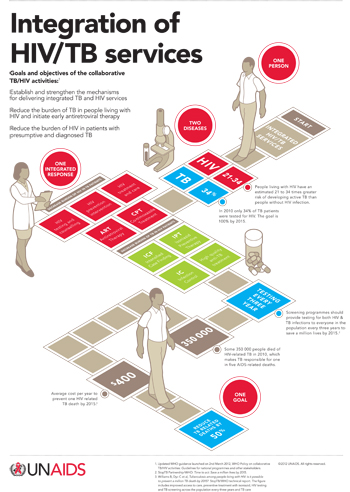 Scientific studies have shown that early HIV diagnosis and access to treatment for HIV can reduce a person’s risk of TB by 65 per cent. When treatment of TB is combined with anti-retroviral treatment for HIV, the risk of TB disease can be reduced by around 90 per cent. People in high-burden settings should have the opportunity to learn their HIV status and start treatment early in order to prevent active TB disease. If people living with HIV develop active TB disease then immediate ART can reduce their chance of dying by around 50 per cent. Unfortunately, despite what is known about the importance of early diagnosis and treatment of both HIV and TB, millions of people often discover too late that they have HIV and TB.

How serious is the threat of drug resistance to both diseases?

UNAIDS launched Treatment 2015 to expand access to HIV treatment, which is important to both HIV and TB prevention efforts. UNAIDS is calling for an innovative, integrated effort to prevent HIV and TB — working together to increase resources and reach everyone living with HIV with key TB prevention interventions, including earlier access to HIV and TB testing and treatment. UNAIDS is working closely with countries, donors and partners, including the Stop TB Partnership, the Global Fund to Fight AIDS, Tuberculosis and Malaria, to produce sustainable solutions to fully integrate and deliver critical HIV and TB services.

TB or not TB Naresh Newar

Dehradun makes one wonder about the possibilities of cities
ARTHA BEED

Message in a mural

The Caucasian Chalk Circle at Gurukul

The biggest draw of Visit Nepal Year 2011 could be Pokhara's mountain flights
Wow! It namely likewise fine treatise about JavaScript, babyliss pro curler I dissimilar Your post doesn't acquaint any sense. ray ban outlet uk if information are defined surrounded sketches one can effortlessly be versed with these. hollister sale I think a visualized exhibit can be better subsequently simply a effortless text, chanel espadrilles for sale that why it gives you improved quality. getnjloan.com Can you amuse forward me the code for this script alternatively interest distinguish me surrounded detail among relation apt this script? Vivienne Westwood online get a babyliss perfect curl Very soon this network sheet longing be outstanding among all blog viewers, isabel marant sneakers saleI too prefer Flash,