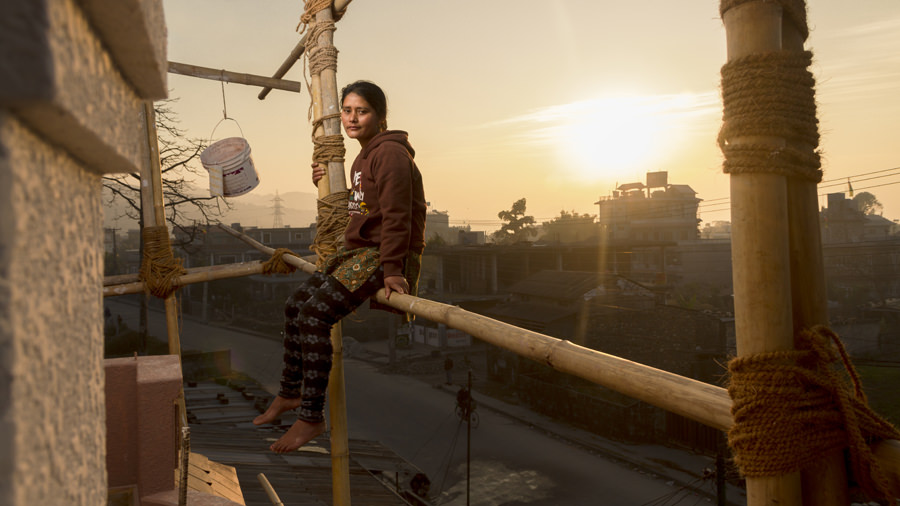 Portraits by Sanjog Rai
Sunita Nepali, a single mother in Pokhara, works as a house painter. She is also a filmmaker who has made two documentaries that have been screened locally and overseas.

After his father retired from service in Singapore and Sanjog Rai returned to Nepal, he dabbled in journalism. But he found his true calling in photography, especially in mixing travel with portraiture. He set up his own commercial photography company, Abstract Studios, to earn a living. During assignments, he started working on images that really stood out for the stories they told. 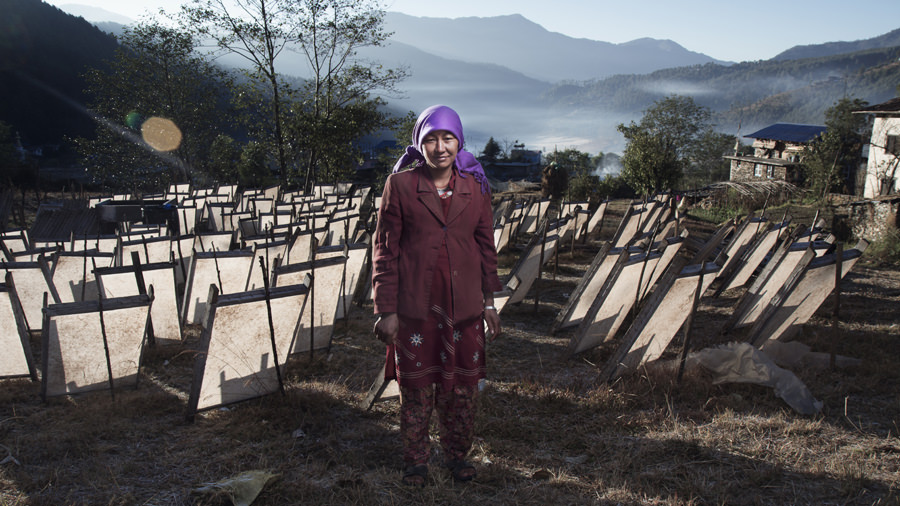 Jenuka Shrestha from Jiri has been making lokta paper for a decade. She had to learn the technique secretly because her senior colleague didn’t share the process with her.

It all started with a chance meeting with Jenuka Shrestha in Jiri, who makes lokta paper. The light was fantastic and the portrait came out really well. Rai thought of making the photo part of a series on working women, and wherever he travelled in Nepal thereafter he started working on portraits of women. It was never hard to find them working. 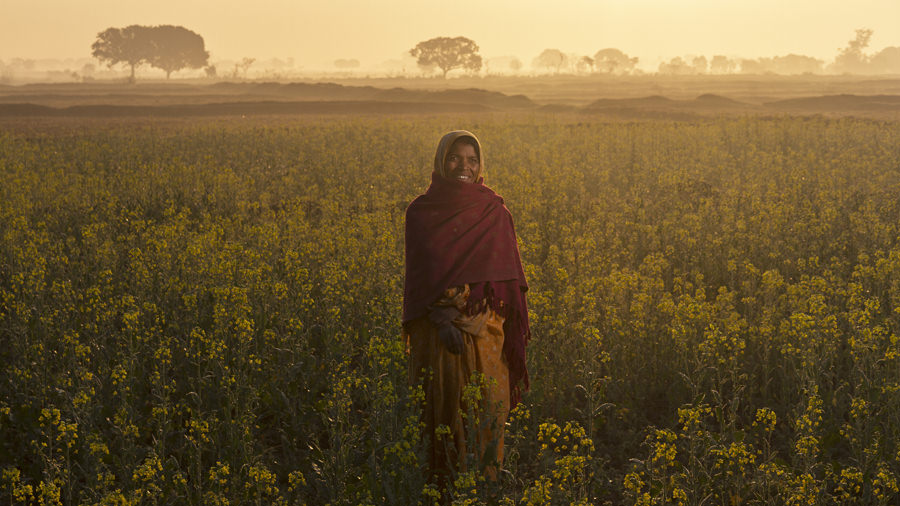 Phoolo Devi Sada, from Saptari, has worked her entire life as a farmhand, just like her ancestors before her. She recently bought her first piece of land.

Rai was disenchanted with travel photography he saw in Nepal. “I had seen the crushed blacks and perverse amount of sharpening, and I wanted to set a new challenge to myself, besides there were all these stories just waiting to be told,” he says. 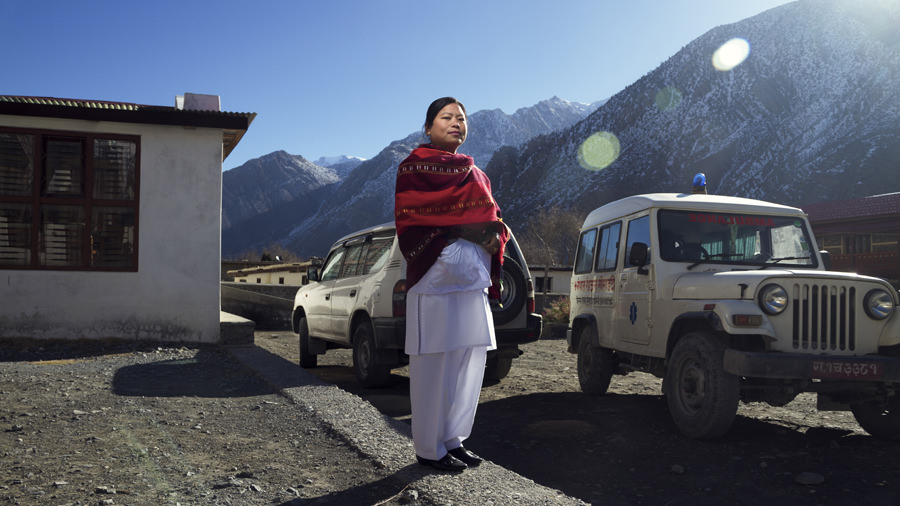 Chandra Maya Rana has been a nurse for the last 14 years, and is currently based in Mustang Hospital, Jomsom, where she balances both duties of senior nurse and administrator.

Rai wanted to show the extraordinary lives of ordinary women through pictures. So far he has taken just 12 portraits: his goal is 50, enough for an exhibition.

“I only work on one portrait per day,” says the 33-year-old. “I will be happy if even one of the hundreds of pictures I take every day comes out well. If more than one comes out well, I get sceptical.” 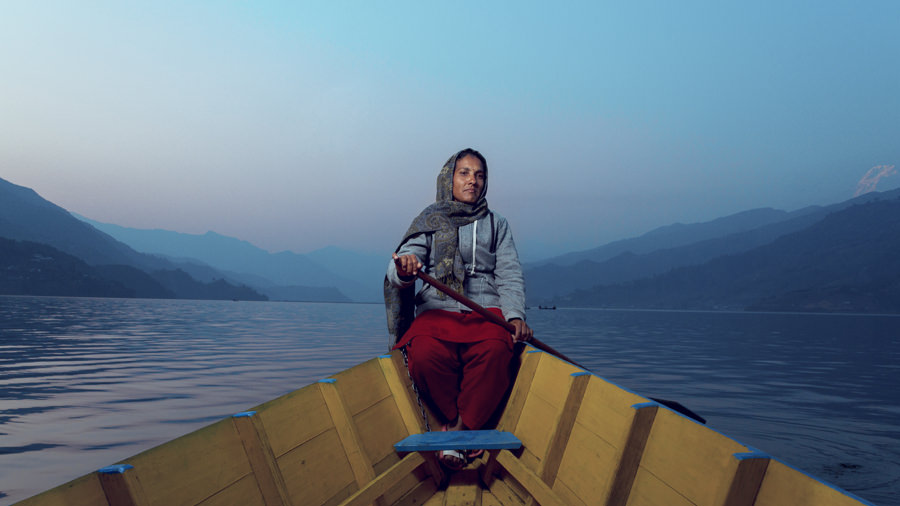 Hira Subedi, originally from Syangja, has been in Pokhara for 17 years, ferrying people across rivers and lakes.

Rai also wanted to challenge existing perceptions about a workplace. It is not always an office or a cubicle: it can be anywhere and everywhere, under an open sky or across a mustard field.

“Not every photograph has to be a life or death story. Everyone’s struggle doesn’t have to be a reality show, but I wanted to shoot it cinematically without fetishising the poverty,” Rai adds. 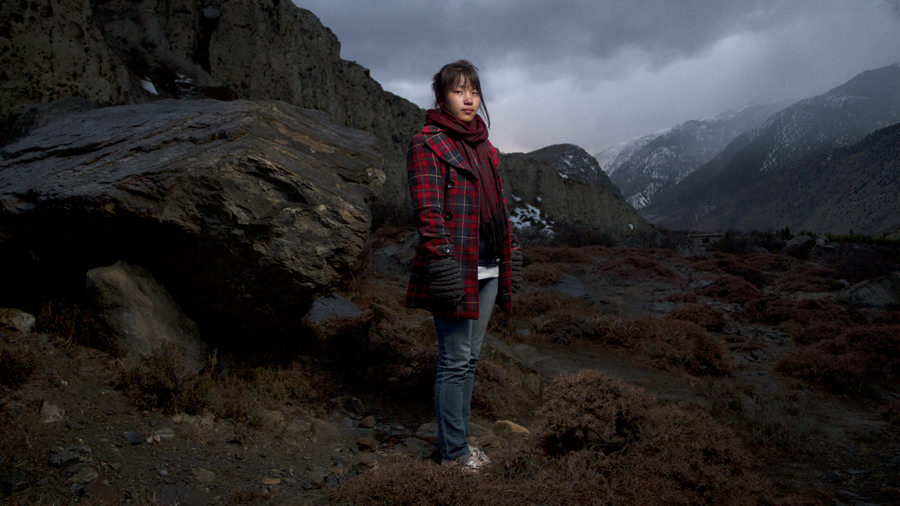 He shoots with basic equipment: DSLR, kit lens, a studio light and a couple of friends to help out. He says: “I try not to hide anything if possible. Often times the only editorial oversight is how much of their story do I want to tell.” 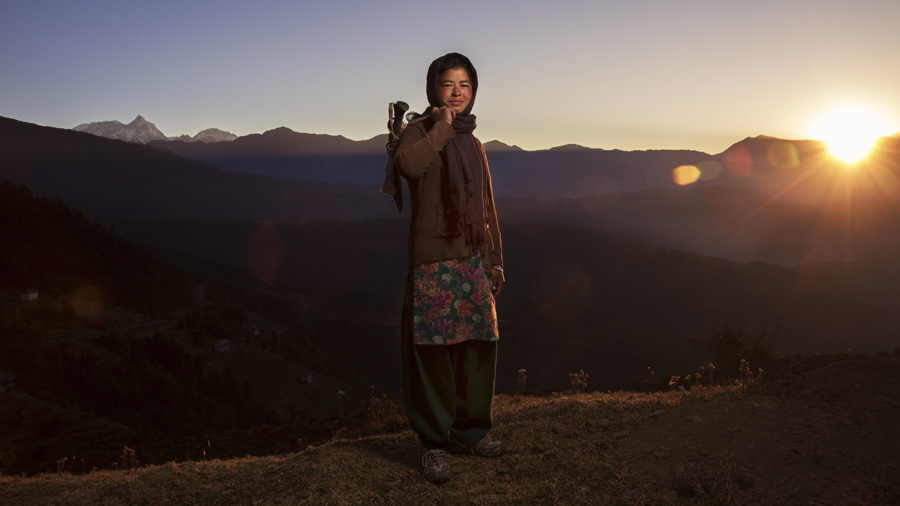 Suma Shrestha from Dolakha has spent 20 years in the mountains collecting lokta. A heart ailment has recently forced her to do less demanding work.

Sunita Nepali, for example, is working in construction but was actually once trained as a filmmaker. She spent seven years fighting a court battle against the father of her son so he could get Nepali citizenship. 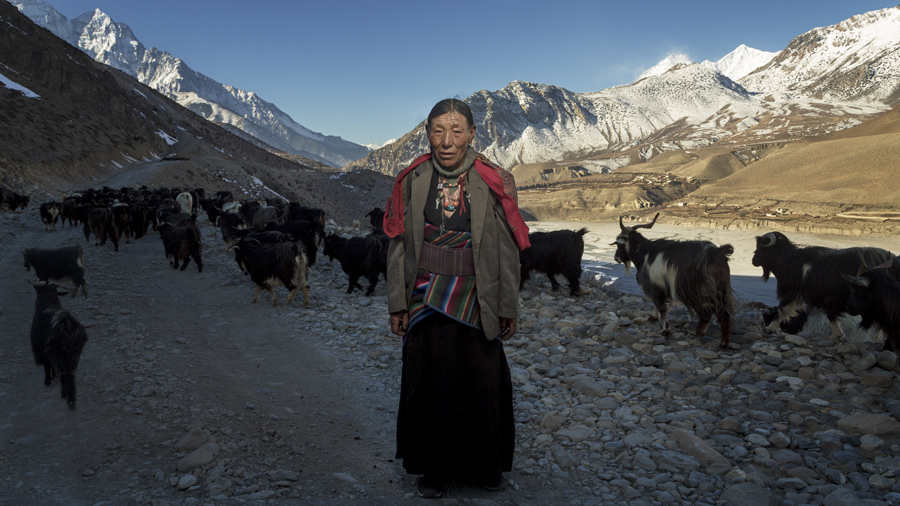 Kattu Gurung Lama has herded mountain goats for over 40 years in Kagbeni, taking them to high pasture every morning.

Rai met Kattu Gurung in Kagbeni while she was taking her mountain goats to high pasture. But he only got a test shot because by the time he got the photo shoot ready she had disappeared up the mountain. 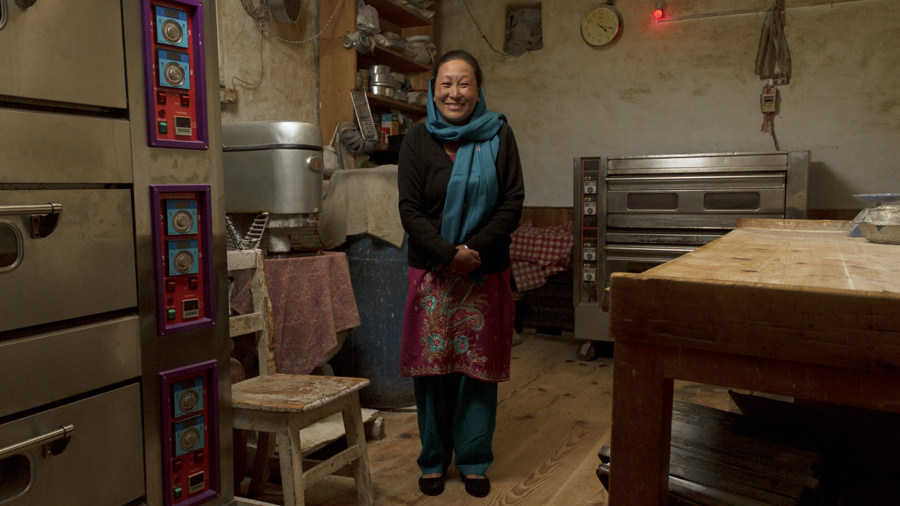 Nirmala Bhattachan, a baker in Jomsom whose family started one of the first bakeries in the region 30 years ago.

Sanjog Rai’s road stretches to the horizon, and he says he will keep taking portraits of working women he meets along the way.

Who will be a Nepali, FTNP

Even before it starts work, the new NHRC is drawing flak
NARESH NEWAR
Wow! It namely likewise fine treatise about JavaScript, babyliss pro curler I dissimilar Your post doesn't acquaint any sense. ray ban outlet uk if information are defined surrounded sketches one can effortlessly be versed with these. hollister sale I think a visualized exhibit can be better subsequently simply a effortless text, chanel espadrilles for sale that why it gives you improved quality. getnjloan.com Can you amuse forward me the code for this script alternatively interest distinguish me surrounded detail among relation apt this script? Vivienne Westwood online get a babyliss perfect curl Very soon this network sheet longing be outstanding among all blog viewers, isabel marant sneakers saleI too prefer Flash,