Back to the village campaign 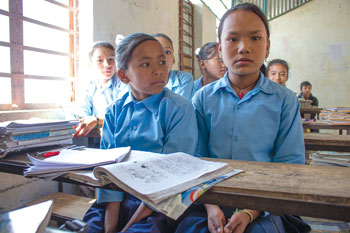 ALL PICS: CYNTHIA CHOO
Mani Nakarmi, 16, often misses classes because she has to help her mother with household chores while her brother, Sudip, prepares for his SLC exams in a private boarding school in Kathmandu.

Mani is an eighth grader at the government-run Nawalpur Secondary School 70 km northeast of Kathmandu, but wishes to study in a private school just like her brother.

Nepal has taken dramatic strides in improving literacy from 50 per cent in 1990 to 88 per cent today. Net enrolment in primary school has gone up to 95 per cent, and it is 75 per cent in lower secondary schools.

However, because education in public schools is seen as lacking in quality, parents tend to send boys to private schools in the city and keep girls in village government schools if they have a choice. This has sparked efforts in recent years by private and non-profit ventures to improve the quality of government schools.

Teach for Nepal is one such initiaitve that has tried an innovative approach to improve the quality of education in public schools through a two-year fellowship program in which young Nepali men and women teach in village schools.

“The fellows are well-trained graduates. They are taught to improve the quality of lessons and also influence the schools to adopt better teaching methods or school practices when needed,” says Shishir Khanal of Teach for Nepal. 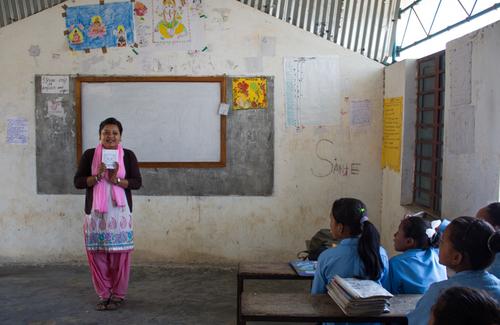 However, what worries Khanal is that male teachers still outnumber the female ones in schools. Only 14 per cent of teachers in secondary government schools are women. This is why Teach for Nepal encourages more women to apply for the fellowship, and, last year sent 23 female teachers to public schools in Lalitpur and Sindhupalchok.

“A lot of students have never been outside their village,” says Khanal. “Female teachers can be a role model for girls in those classrooms.”

Babita Kushwaha is a Teach for Nepal fellow who has been an English instructor at Nawalpur, where Mani Nakarmi goes to school. Babita is also helping two of her brightest students apply for scholarships in colleges abroad.

Despite her best efforts, Babita admits it is difficult to change the mindsets of public school teachers who are not eager to address the inefficiencies of the government education system.

When Babita returned to Nawalpur after taking students to Kathmandu for Teach for Nepal’s Big Brother Big Sister program last week, she was shocked to find that the school had been closed because the Teach for Nepal fellows were away.

“It is not just the students, even the teachers don’t show up if they have an excuse,” she says. 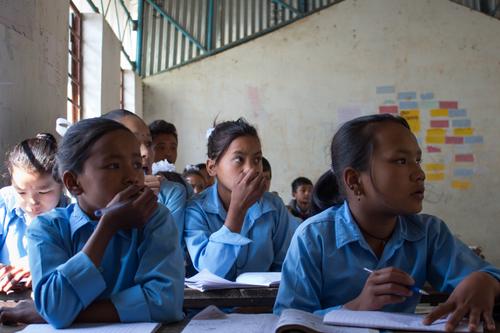 In 2014, only 28 per cent of students from public schools in Nepal passed the SLC exams compared to 93 per cent in private schools. But since Teach for Nepal started sending teachers to Nawalpur Secondary, parents have started taking their children out of private schools and enrolling them in government ones.

Bishownath Sapkota, for instance, decided to move his son, Kabiraj, back to Nawalpur Secondary. “I heard Teach for Nepal was sending some new and good teachers, so I transferred my son back,” he said.

Khanal says Kabiraj’s transfer is an example of how “parents are seeking quality education regardless of public or private schools”.

Since the Teach for Nepal fellows Babita Kushwaha and Bikash Deshar arrived in Nawalpur Secondary School, they have set up a reading corner and science experiment labs for students, persuaded the school to conduct daily assembly to monitor the punctuality of students, and also set up Teach for Friends, a peer tutoring session in which students help other students who are lasgging behind.

“It was difficult trying to persuade the school to buy basic material, but now students can conduct simple experiments,” says Bikash. The Teach for Nepal model seems to be benefitting high-need public schools in Nepal by recruiting graduates skilled in English, Maths and Science. 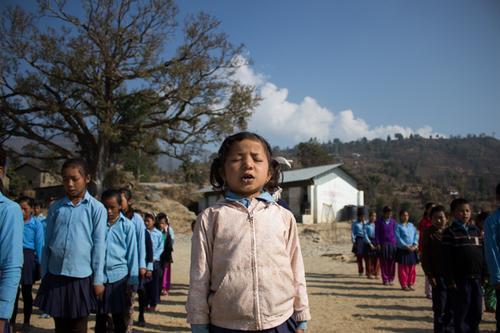 “These are three compulsory subjects that most students fail in, recruiting graduates who are skilled in those areas will be beneficial for students in public schools,” explains Khanal.

Teach for Nepal fellowships last a minimum of two years. Khanal says this is necessary because changes will not happen overnight and need sustained effort. He is determined to send new batches of teachers for as long as possible. 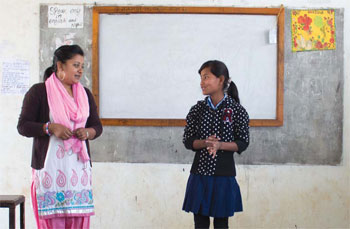 Babita Kushwaha (right) moved to Kathmandu when she was ten from her home district of Rautahat in the plains to study in a private school against her family’s wishes. Supported by her brother, Babita completed her undergraduate degree in Kathmandu University and is now a Teach for Nepal fellow.

Since last year Babita has been teaching English at Nawalpur Secondary School to students of Grades 6-10. The 24-year-old says she was inspired to join Teach for Nepal after seeing the positive changes they were bringing to public schools.

“If I had caved in to family disapproval of me getting an education, I would not be doing what I’m doing now,” says Babita who turned down a well-paying job offer at an INGO to join the fellowship program. “I felt it was my turn to give back to society,” she adds.

With help from friends, Babita also worked to set up a small reading corner at the school. Her youthful energy and dedication has made her a favourite among students, many of whom aspire to be like her.

“I want to pass my exams because of Babita Miss and go to Kathmandu to become a nurse,” says Sumita Tamang, a tenth grader.

Although Babita had a tough time adjusting to life in a village initially, it is her students who keep her motivated she says.

“Whenever I step into a classroom and the students come running up to me, I no longer feel frustrated or sick, and I feel like giving my best,” she says.

Her co-teaching fellow Bikash Deshar agrees. “It is tough to live with bare minimum when you are used to the comforts of the city but the children make it worth it.”

Inspired by Teach for America, Teach for Nepal was started in 2012 by social activist Shishir Khanal. It started as an initiative to work towards improving the quality of education in public schools and ending education inequality in Nepal through a two-year fellowship program, in which university graduates are trained to teach in high-need public schools.

In a similar six-week long training program as Teach for America, university graduates are selected as fellows and trained to become transformative teachers in public schools.

In the last two years, Teach for Nepal has sent 52 fellows to government schools in Lalitpur and Sindhupalchok districts. Last week, it inducted its latest batch of 60 fellows who will also be placed in Dhanusa district.

Half the sky, Editorial

It is impossible to avoid the tipsy junketeer while travelling

Jivanath Bhattarai lied about his age and caste to get into the British army and spent a decade fighting in Burma.

The British Film Festival returns with a new goodybag of movies
Wow! It namely likewise fine treatise about JavaScript, babyliss pro curler I dissimilar Your post doesn't acquaint any sense. ray ban outlet uk if information are defined surrounded sketches one can effortlessly be versed with these. hollister sale I think a visualized exhibit can be better subsequently simply a effortless text, chanel espadrilles for sale that why it gives you improved quality. getnjloan.com Can you amuse forward me the code for this script alternatively interest distinguish me surrounded detail among relation apt this script? Vivienne Westwood online get a babyliss perfect curl Very soon this network sheet longing be outstanding among all blog viewers, isabel marant sneakers saleI too prefer Flash,