Two earthquakes in one lifetime

“I survived a big earthquake twice, but it was more frightening this time”
Sonia Awale

Bhuyu Maharjan, 89, was peeling garlic on his balcony on Saturday 25 April when there was a loud noise and his house in Patan started swaying violently. He grabbed the railing, and held on tight. When the tremor got milder, he went down to his daughter’s room. He was in shock, and couldn’t move.

Maharjan was six years old in the 1934 earthquake. And although that one was 8.4 magnitude, he said last week’s quake was much more frightening, and lasted longer. When we interviewed him four months ago on the occasion of National Earthquake Safety Day he said he was lucky to be alive. 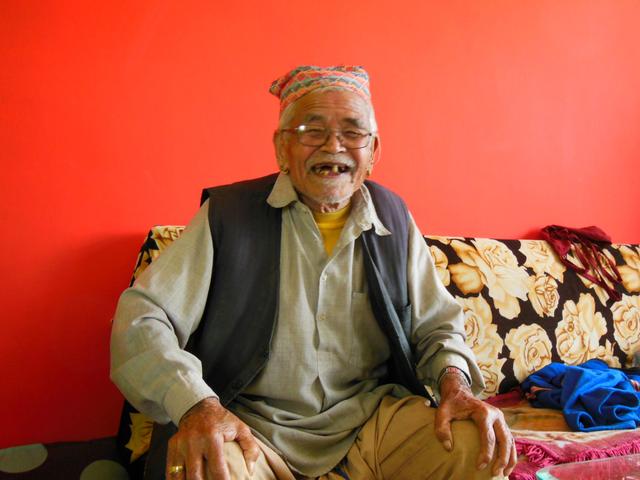 “I survived a big earthquake twice, but it was more frightening this time,” Maharjan told us this week. “It was much worse this time, I couldn’t even take a step, couldn’t stand straight.”

Maharjan and his family spent the night in an open space near his house and next day moved to his son’s house on the Ring Road. But even there, the continuous aftershocks and the panic of the neighbours scared him more than the earthquake 81 years ago as he spent two nights out in the open in the rain.

“There is no one at my house in Patan but I’m scared to go there. What if another big one comes?” he says in shaky voice.

Unlike Maharjan, Chirmai Awale who was just 12 when she survived the 1934 earthquake, says she quite enjoyed this one. “It was like riding in a car,” she said, laughing, while she was in a shelter in the royal garden behind the Patan Darbar. 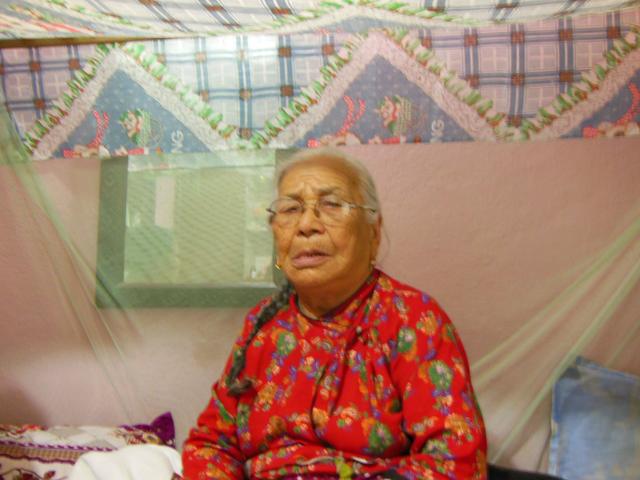 Awale was playing with her siblings near a Ganesh Temple in Patan while their parents were away. When the quake struck, a passerby covered them in a shawl and carried them to safety while houses collapsed nearby. She recalls that a mighty cloud of dust rose into the air and it went dark. Four days later, she was married.

For Awale, there was a sense of déjà vu, as if she has seen it all before which made her less frightened. However, she did get nightmares when she returned to her home where she would imagine another aftershock.

Purna Lal Awale, 91, is known as a playful person in the neighbourhood, always joking, and teasing people around him. Last week’s earthquake, however, was a shocking experience and he still hasn’t got over it. He looked tired and somber, was not his usual jocular self. 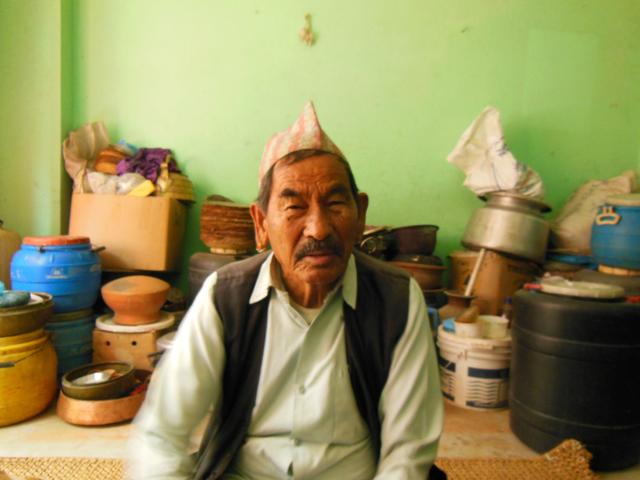 In 1934 Awale was working at a brick kiln in Koteswor when the ground started shaking, and remembers seeing fountains of water gushing out of the fields as he ran home to his family. “I wasn’t frightened then, and I wasn’t frightened this time,” he said in a soft voice, “I was on the fifth floor terrace when it started shaking, I just sat on the steps quietly, and held on to the bannister. We didn’t go out because there is no place to run.” From his demeanour, it is clear the experience this time has shaken him.

That evening, Awale and his wife, Dhanmaya went to a neighbourhood shelter where they stayed for three days. Dhanmaya who was born one month after the 1934 quake, is feisty and looks younger than her 81 years. She has a bruise in her right eye from jostling for sleeping space for herself and her husband when it started raining in the shelter.

Says Dhanmaya: “I wasn’t even born in the 1934 earthquake, but this one was very strong, it went on and on, and the ground wouldn’t stop shaking for days.”

Preparing to be prepared, Sonia Awale

I became a rebel

Maoist leader Baburam Bhattarai in Budhabar, 18 January
Wow! It namely likewise fine treatise about JavaScript, babyliss pro curler I dissimilar Your post doesn't acquaint any sense. ray ban outlet uk if information are defined surrounded sketches one can effortlessly be versed with these. hollister sale I think a visualized exhibit can be better subsequently simply a effortless text, chanel espadrilles for sale that why it gives you improved quality. getnjloan.com Can you amuse forward me the code for this script alternatively interest distinguish me surrounded detail among relation apt this script? Vivienne Westwood online get a babyliss perfect curl Very soon this network sheet longing be outstanding among all blog viewers, isabel marant sneakers saleI too prefer Flash,