Rape as a weapon of war 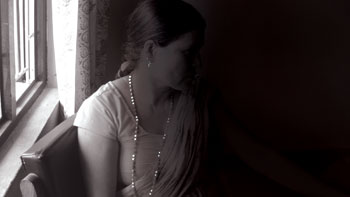 Gayatri used to study in a secondary school. In 2001, the security forces took her into custody and raped her every night. Nandita was gang raped by soldiers in front of her children. Manorama was raped 11 days after giving birth. A Maoist cadre in Humla who was eight months pregnant was raped, beaten and then shot in the back.

The Maoists detained Mina for refusing to join a re-education camp, and treated her like a sex slave for four months. They threatened to kill her if she told anyone. A 12-year-old girl who was cutting grass was raped by a local Maoist commissar. Maoists entered a home and forced a young woman to cook for them, and when they found out she was alone in the house they raped her at knife-point.

These war-era crimes between 1996-2006 are among hundreds investigated and detailed in two recent reports by Human Rights Watch (Silenced and Forgotten) and the UN’s OHCHR (Nepal Conflict Report). However, the government hasn’t yet recognised wartime rape as a crime, which has prevented the victims from receiving compensation as other conflict survivors and their families have.

Although detailed lists have been prepared since the 2008 Comprehensive Peace Accord about summary executions, torture and disappearances, rape has been ignored. Both the HRW and OHCHR reports say a majority of the cases investigated were perpetrated by the Army, Police or APF. They say the state has failed to address the need to investigate rapes, try and prosecute the guilty, extend compensation and provide psycho-social counselling and medical attention to the survivors.

Under a section on sexual violence, the OHCHR report says: ‘There is currently not enough information to establish whether sexual violence committed by Security Forces was institutionalised or systematised. However, it does appear that implicit consent was given at higher ranks which served to encourage a culture of impunity for opportunistic sexual violence, and suspicion of Maoist affiliation was used as an excuse to avoid scrutiny or accountability.’

Mandira Sharma of Advocacy Forum which helped in the HRW report, says: “The state’s behaviour has protected perpetrators, and it has trampled on the rights of the rape victims.”

One rape victim tells human rights investigators: “My family did not overreact to whatever happened to me because almost every woman here has been raped, some countless times. Some have been so badly injured by repeated rapes by different army personnel that they are barely able to stand.”

There is a need to amend the current criminal code for sexual violence because under existing laws, perpetrators have used loopholes to evade prosecution. The definition of rape has to be broadened so that penetration should not be the only criteria for a violation to be considered rape. HRW has found incidents where security forces inserted various objects, including salt and chilli powder, into the vagina of prisoners to torture them.

The statute of limitation of 35 days for evidence to be permissible in the case of rape has been used by the state to dismiss all conflict rape complaints that have been filed. Which means that even if the Truth and Reconciliation Commission is formed and starts investigating wartime sexual violence, they will be dismissed.

“If the definition of rape is not amended, and unless new laws are drafted, the Commission will try future cases on the basis of existing laws,” explains human rights lawyer Sapana Pradhan Malla. “In most parts of the world, the statute of limitation does not hold for cases of gross violations of human rights like rape.”

Activists say although 35 days is not a short time, it is impractical to insist on that time limit for war rapes. Many victims did not tell their families for fear of ostracisation and never sought medical treatment, and now that much time has passed it is difficult for them to get justice.

Says Mandira Sharma of Advocacy Forum: “The accounts of eye-witnesses or of other rape victims should be accepted as evidence in the courts, and with proper training doctors and psychiatrists can determine if the person is a victim of sexual violence or not.”

Sharma says the state must be careful to ensure that the cases are handled discretely, and the privacy of the victims is respected. The victims should then get justice, compensation and long- term medical and psychiatric care if the survivor has been physically or mentally scarred.

Purna Maya, 41, ran a tea shop with her daughter on the road to the remote mid-western district of Dailekh. In 2004, an Army patrol took her into custody on suspicion of having given food to the Maoists. Purna Maya’s husband was a Maoist based in Jumla at the time. The soldiers blindfolded her and took her into the Army Base where she was gang-raped by soldiers and an officer, and then dumped on the street outside.

Purna Maya (pictured) lodged a complaint at the District Administration and Police, but nothing happened. After the conflict ended in 2006, Purna Maya took all her medical reports and once more lodged a written complaint. Police refused to accept it because they said her cases had exceeded the 35 day limit to lodge rape complaints. She then filed a writ in the Supreme Court which dismissed it for the same reason.

After this, Purna Maya appealed to the United Nations. In an affidavit registered with the UN OHCHR, Purna Maya has asked that the Nepali state be held accountable for her rape and torture.

No war, no peace, Rubeena Mahato

Grassroots success stories are the silent casualties of the insurgency.
RAMYATA LIMBU

Sharad KC for the BBC Nepali Service
Wow! It namely likewise fine treatise about JavaScript, babyliss pro curler I dissimilar Your post doesn't acquaint any sense. ray ban outlet uk if information are defined surrounded sketches one can effortlessly be versed with these. hollister sale I think a visualized exhibit can be better subsequently simply a effortless text, chanel espadrilles for sale that why it gives you improved quality. getnjloan.com Can you amuse forward me the code for this script alternatively interest distinguish me surrounded detail among relation apt this script? Vivienne Westwood online get a babyliss perfect curl Very soon this network sheet longing be outstanding among all blog viewers, isabel marant sneakers saleI too prefer Flash,