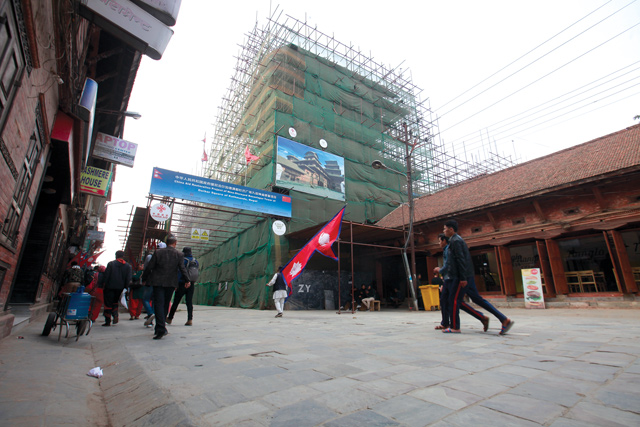 Even after the UML-Maoist alliance won a near two-third majority in Parliament-Province elections three months ago, not many were sure this would translate into the much-promised political stability.

Maoist Chair Pushpa Kamal Dahal was prodding his UML counterpart KP Oli to take turns at prime ministership, letting down voters who catapulted them to power in the hope that it would end political wrangling once and for all and usher in an era of prosperity. Dahal kept bargaining even after Oli was sworn in as new prime minister on 15 February.

But Dahal made a sudden U-turn this week and agreed to allow Oli to complete his full five-year term. The seven-point unification deal signed by Nepal’s two largest communist parties makes no mention of any rotational prime ministership.

The deal is also silent about Oli and Dahal co-chairing the unified party, but its seventh point states that the general convention will be held ‘harmoniously as a unity convention’. Analysts interpret this to be a tacit understanding that Oli will help Dahal assume leadership of the unified party.

Political analyst Shyam Shrestha says Dahal has decided to put aside his immediate ambition to unify the communist party, but this will ultimately yield him political dividends: “That Dahal will be the ultimate leader of the unified party is a foregone conclusion.”

To summarise: Dahal has let Oli stay in Baluwatar for a full term in exchange for a commitment to eventually hand over party leadership to him. Technically, this also means Dahal can hope to be prime minister after the next parliamentary polls, but he probably knows it could easily happen before that because of Oli’s poor health.

The UML-Maoist unification may finally ensure stability, but it has also raised a question about what kind of a party will be governing Nepal. Oli and Dahal both launched their political careers using violence, and both have now proven themselves to be shrewd at parliamentary wheeling-dealing as well.

Dahal has distanced himself from Maoism, and Oli has not gone back to left extremism. The question now is: will the unified party be more like the UML or the Maoists? Dahal has climbed half-way up to take the UML saddle, while Oli is still riding.

During his short first tenure in 2015-16, Oli inspired many Nepalis to dream of a Nepal that does not solely depend on India and maintains equidistance with China. He has returned to power as one of Nepal’s strongest prime ministers. He does not need to play the nationalism card anymore -– just work to leave a firm legacy of nation-building.

Nepal is too heterogeneous for ethnic federalism to work