Twenty years after the revolution, former guerrillas say they have lost faith in the leaders of their Maoist party
Gopal Gartaula in JHAPA 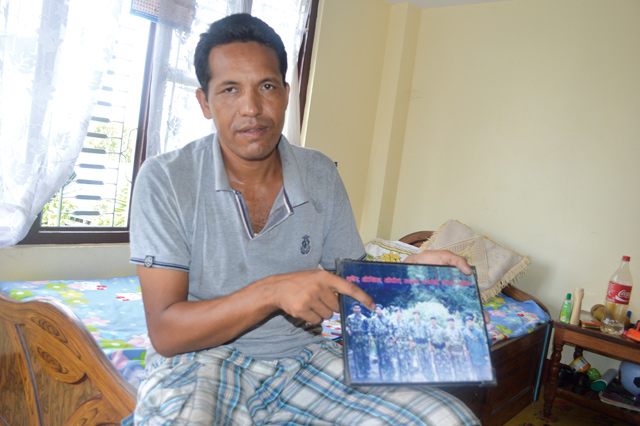 Nanda Bahadur Bohora was only 14 when he joined the Maoists. He is one of many former guerrillas who feel his party has forsaken him.

Nanda Bahadur Bohora was only 14 when he joined the Maoist militia. A year later, in 1999, he was part of the guerrilla force that attacked a police post in Kalikot and carried a double-barrelled 12 bore gun nearly as big as himself.

The Maoists over-ran the base after a nightlong battle and captured 25 .303 rifles. In the next ten years, as Bohora grew into a man, he upgraded to more modern weapons: SLR assault rifles, INSAS, GPMG, and was trained to fire mortars. He became so good at making improved explosive devices that he earned the nom de guerre ‘Explosive Expert’.

“We got stronger as we captured more and bigger guns from the police and army,” Bohora, now 32, recalls. “I had faith in Chairman Prachanda, but not anymore.’

Today, 20 years after the start of the war and 10 years after it ended, Bohora is one of many former guerrillas who feel his party has forsaken him. His wife, also a Maoist fighter, was killed in action in the Sankranti Battle and his parents were killed after being tortured by the Army. He now lives with his second wife selling herbal medicines.

Bohara says his party leader sold out on the revolution, went soft and made many blunders when they got into government. He feels Pushpa Kamal Dahal, instead of resigning as prime minister should have stood his ground over the General Katawal affair in 2009.

“All the fighters supported the decision and the Chariman should have seen it through, but he lost whatever standing we had as a party after he stepped down,” Bohara said. 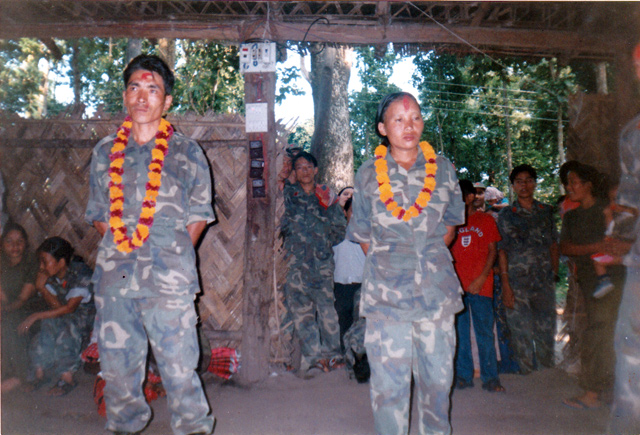 Kamal Singh Lama and Amrita Limbu during their wartime wedding at a guerilla camp (right). Lama now works as a mason in Jhapa and is struggling to take care of his family. 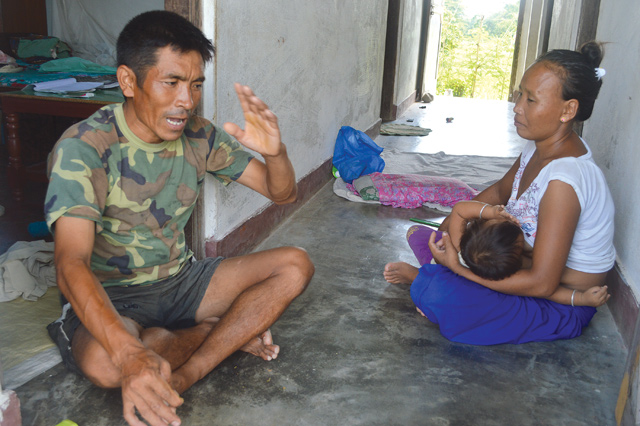 Another former Maoist guerrilla, Kaman Singh Lama, agrees with Bohora. “The party no longer belongs to working class like us,” says 35-year-old Lama, who was also a child soldier when he joined in 1999. He married fellow fighter Amrita Limbu. He now works as a mason in Jhapa, is deeply in debt, and says it is a struggle to take care of his family of four. He is determined to keep out of politics for the rest of his life.

Thinking about her own circumstances after the conflict, another former guerrilla, Anisha Limbu, now wishes she had never quit school in Grade 8 to join the Maoists. “I am dejected when I think of the war, but it was too late when I realised my mistake,” says the 35-year-old, who is a vegetable farmer with two children. 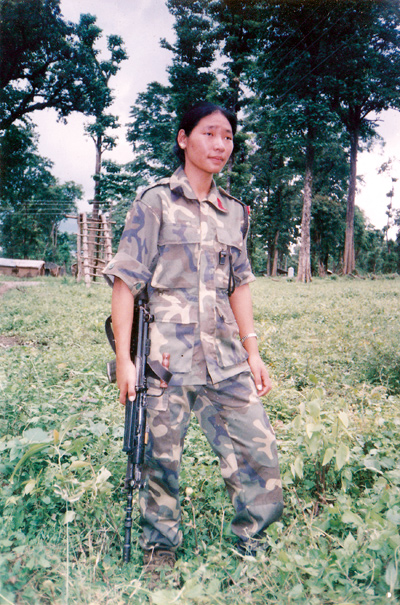 THEN AND NOW: Anisha Limbu was in Grade 8 when she quit school to join the Maoists. Today, she regrets her decision. 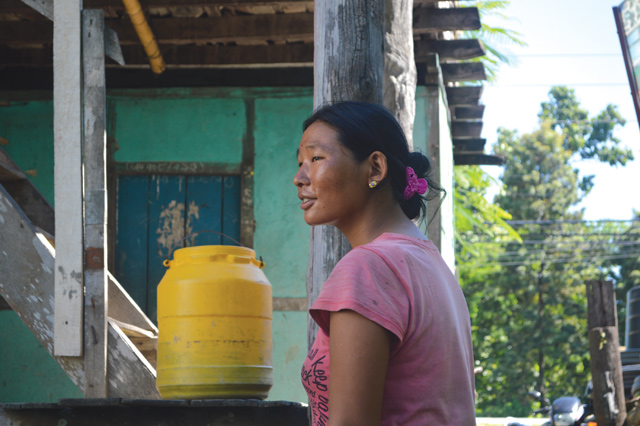 “The leaders got to power stepping on us, but they left us to fend for ourselves,” she says.

Girija Thapa was once a battlefield medic who risked his own life many times to save the lives of his comrades. “I’d be operating on a wounded soldier as bullets whizzed by,” Thapa recalls. He was a certified medical attendant when Maoist leaders used his house in Urlabari of Morang in 2003 as a communication hub and decided to go underground. 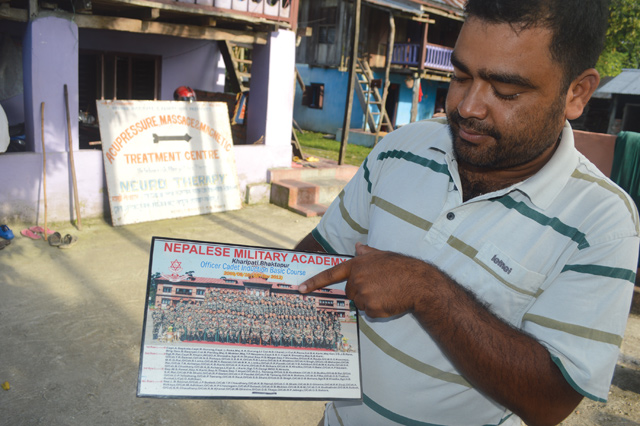 Once a battlefield medic in the Maoist militia, Girija Thapa now runs an acupressure centre in Urlabari.

Thapa qualified to enter the Nepal Army with 2,300 other Maoist guerrillas in the integration process, but quit after six months of training in Kharipati because he found it too gruelling. He now runs an acupressure and massage treatment center in Urlabari.

He says:”I have had enough of the politics. The leaders have strayed from the path. I am just happy that I could use my skill to save many who were willing to die. Now I want to live in peace.”

Dont try to tell me that a highly-speculative hype-driven micro-economy will bring prosperity to South Asia.
DANIEL LAK

The east is east, and west is west

Forty years after it was first conceived, the East-West Highway may finally link Nepals far west into the national mainstream.
HEMLATA RAI IN DHANGADI

Economists please explain why we cant change the exchange rate with the Indian rupee
ARTHA BEED
Wow! It namely likewise fine treatise about JavaScript, babyliss pro curler I dissimilar Your post doesn't acquaint any sense. ray ban outlet uk if information are defined surrounded sketches one can effortlessly be versed with these. hollister sale I think a visualized exhibit can be better subsequently simply a effortless text, chanel espadrilles for sale that why it gives you improved quality. getnjloan.com Can you amuse forward me the code for this script alternatively interest distinguish me surrounded detail among relation apt this script? Vivienne Westwood online get a babyliss perfect curl Very soon this network sheet longing be outstanding among all blog viewers, isabel marant sneakers saleI too prefer Flash,