What next in the Madhes?

Madhesi protesters are ready to go back to the streets again, but only if their leaders behave
Jiyalal Sah in Birganj

Walking through the streets of Birganj today, one would be forgiven for doubting that this was the epicentre of the violent agitation that crippled the country for six months. The city’s iconic Clock Tower is ticking, horse carts are plying, and there are virtually no traces of what was going on until just one month ago.

But listen to people at tea stalls and they are talking of nothing else but the recent Madhes movement. Everyone is asking: what’s next?

The Madhesi Front, the force behind the Madhes movement, is trying to reignite the fire which was abruptly extinguished ahead of Prime Minister KP Oli’s India visit last month. Jata Shankar Gupta, a local Madhesi leader in Birganj, says: “After the upcoming Holi festival, we will hit the streets once again.”

But common Madhesi people who fought for their dignity and against the state’s apathy rule out the possibility of another street movement of the same intensity. Bikram Sah, (pictured) one of the few Madhesi protesters who took part in the sit-in at the Birganj-Raxaul crossing till the last day, feels the battle is not over, but he is not sure if the protests will be of the same nature or duration. 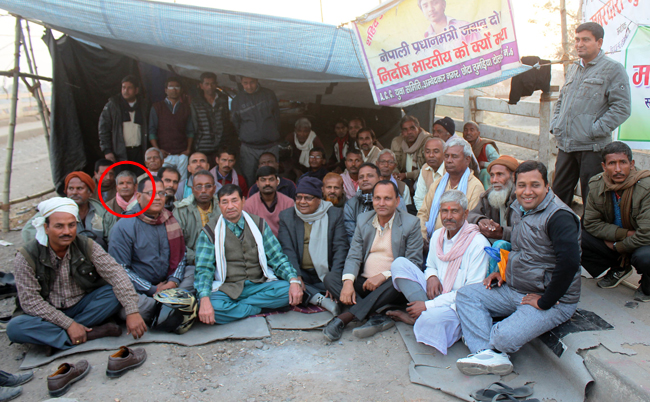 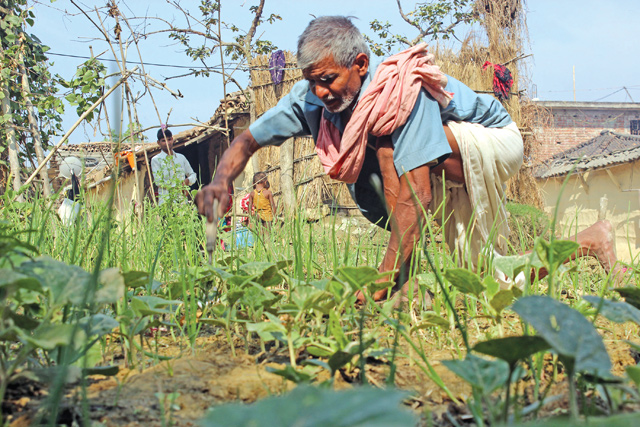 “It all depends on how leaders reach out to us,” he says. “If they want us to go back to the streets again, they must clearly tell us for what and for how long?”

A 55-year-old farmer from Ramnagari village near Birganj, Sah was on a pilgrimage to India when Madhesi protesters began blocking the Birganj-Raxaul checkpoint in September last year. He returned home on the fifth day of the blockade, and was carried away by the fiery speeches of Madhesi leaders.

The next day, Sah stuffed his mat, blanket and pillow into a sack and reached the border bridge where hundreds of Madhesi protesters were staging a sit-in to put pressure on the Big Three parties in Kathmandu to amend the constitution. Even as days, weeks and months passed, the Big Three did not relent and the number of protesters dwindled.

But Sah was determined to fight till the end. In November, police chased away protesters, including him. A violent clash ensued in which an Indian protester was killed. Sah was also beaten up. “They broke my leg, but when I was discharged from the hospital, I did not go home. I went straight to the border,” he said.

In February, when local traders from Birganj and Raxaul burnt down the tent set up by Madhesi protesters at the border six months ago, Sah was again injured. “This time, I got a deep cut near my right eye, but what was more painful was the way our leaders called off the strike – we moved back without getting what we fought for,” Sah said.

One morning this week, Sah was in his garden tending to garlic plants. He said: “I had to sell a cow to make up for the loss that I incurred in the past six months, so I will think twice before believing leaders next time.” 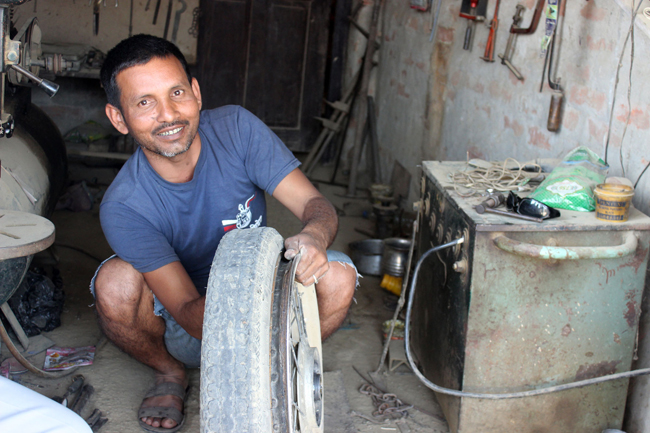 Kanhaiya Prasad Sah (pic), a motorcycle mechanic in Birganj, did not take part in protests till the last day, but he was a regular in the early days of the movement. He said he lost interest when he saw Madhesi leaders trying to finish off each other in Birganj.

“Everyone wanted to be our messiah, but nobody really cared about rising above caste and religion,” he says. “Each political party is trying to expand its base in Birganj, and even Baburam Bhattarai’s New Force is trying to gain a foothold here, but I don’t think there will be another uprising anytime soon.”

Most Madhesis feel embarrassed by the way their leaders conducted themselves in front of Indian leaders, or their involvement in black-marketing of fuel during the blockade. Sah says: “Our leaders must correct themselves to win our trust again.”

In Kathmandu this week, Madhesi leaders say they want to continue protests. But on the ground here, it looks like it is easier said than done. They first have to win back the trust of their own people.