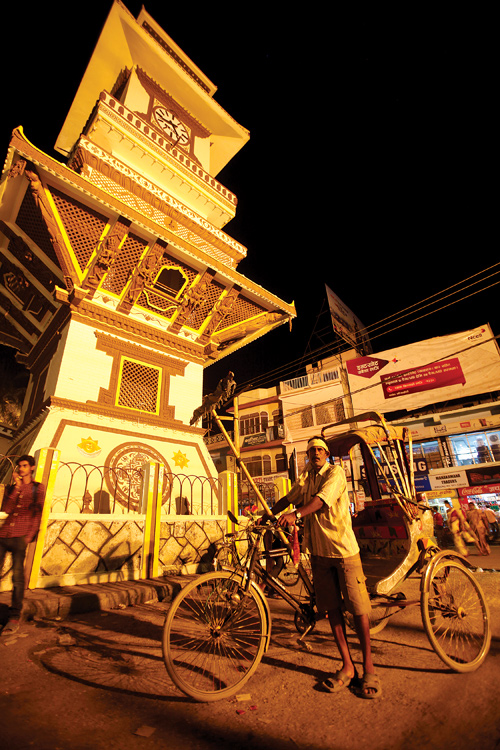 Khovari Patel (pictured), a 50-year-old rickshaw puller in Birganj, was waiting for passengers one late evening this week underneath the border city’s iconic clock tower. It was a moonless night, and he looked somewhat sad.

Asked if he will cast his vote in local elections, his face lit up. “Yes,” he said enthusiastically. “I had to bribe a government official for my son’s citizenship. He wouldn’t have dared if we had an elected mayor.”

The Madhes-based parties which united last week and on Wednesday registered at the Election Commission seem to have heard people like Patel. Many in the Tarai want an end to the politics of agitation and local elections. However, there are no visible signs here of impending polls.

Campaigning is in full swing in the hills for the 14 May elections, but here there is more time till the second phase of voting on 14 June, and the fever hasn’t caught on. Also, there is still uncertainty about whether it will actually happen.
Despite an unwritten deal with the ruling Maoist-NC coalition, the Madhesi Front has not formally called off its agitation, and in fact has threatened to protest if the constitution amendments do not go through.

As we went to press Thursday, Prime Minister Dahal met coalition partners and then Madhesi leaders to push for polls. In a phone conversation, Indian Prime Minister Modi is said to have assured Dahal about New Delhi’s help to conduct elections. That may have been reassuring, but Dahal’s job is cut out trying to get the UML and the Madhesis on the same page.

Back to the golden age, Rishiraj Lumsali

King in the interim constitution