From Koshi Tappu to Kangchenjunga, this unique biodiversity conservation and learning region will stretch 8km into the sky.
Rajeev Goyal and Priyanka Bista 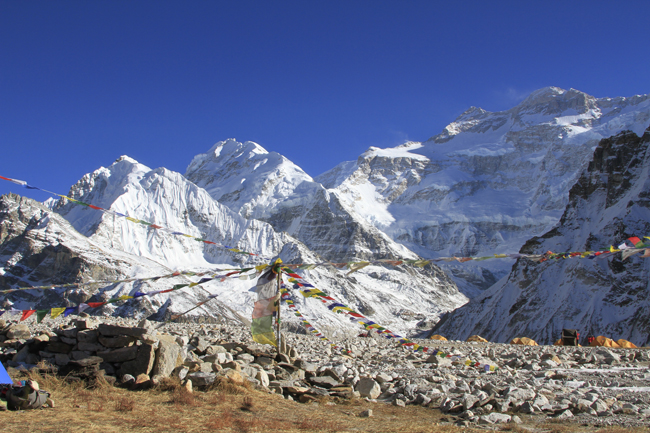 KTK BELT: Kanchenjunga from the north. Pic by Padam Ghale

Two years ago, we proposed the Koshi Tappu to Kangchenjunga Belt (KTK-BELT) to provide a continuous forest corridor in a ‘vertical university’ to conserve Eastern Nepal’s rich biodiversity.

The region rises from Koshi Tappu (67m), Nepal’s first RAMSAR site and largest aquatic bird reserve, to Mt Kangchenjunga (8,586m), the third tallest peak in the world and home to more than 6,600 flowering plants, 1,200 gymnosperms, 800 bird species and 180 kinds of mammals. The goal is to help restore the ecological connectivity between the mountains and plains. 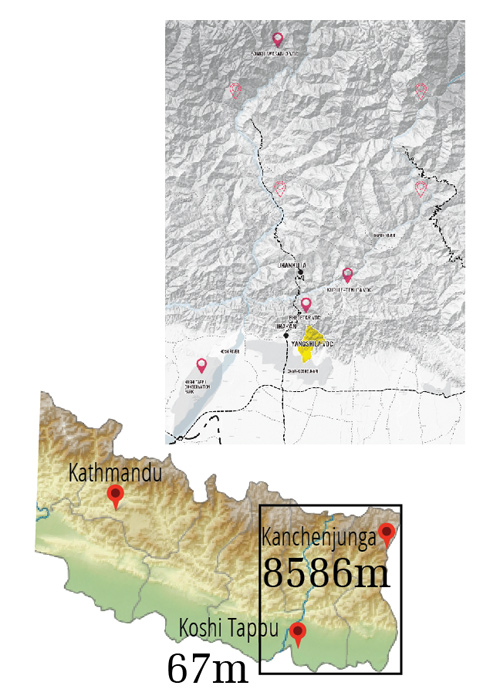 The eastern region of Nepal comprises one of the world’s 34 biodiversity hotspots, with more species than most places in the world – a physical heterogeneity associated with the Himalayan range which has 118 forest types and 27 important bird areas (IBAs).

The ‘vertical university’ was born out of the simple proposition that with Nepal’s exceptional diversity from the plains to the Himalaya, conventional education where students sit behind the four walls of a classroom, disconnected from their surroundings, make little sense. The ‘teachers’ in the vertical university may not hold a Masters degree or even have set foot in school, but as local farmers, they possess intricate, intergenerational knowledge about local fauna and flora. 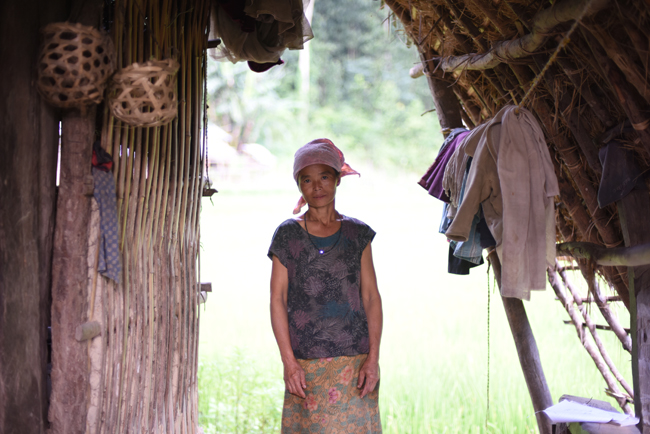 A woman in Bimire Wetlands, at the border between Yangshila and Kerabari. Pic by Nirman Shrestha

The vertical university will deepen skills in sustainable technology, craft, and medicinal plants, and seeks to conserve and activate local knowledge while also creating sustainable livelihood opportunities. It does this through ‘learning grounds’, which are micro-conservation hubs and the ‘classrooms’ of the university at different elevations in the landscape.

With public attention focused on post-earthquake reconstruction, crippling fuel shortages, border strikes, the hills and the Tarai are being torn apart, why should anyone care about deforestation? With the huge demand for wood, one could even contend that without cutting millions of additional trees, those rural farmers at the bottom of the economic ladder will remain hungry and homeless. To understand why deforestation lies at the heart of Nepal’s current social, political and economic challenges, one must look towards what caused it in the first place. 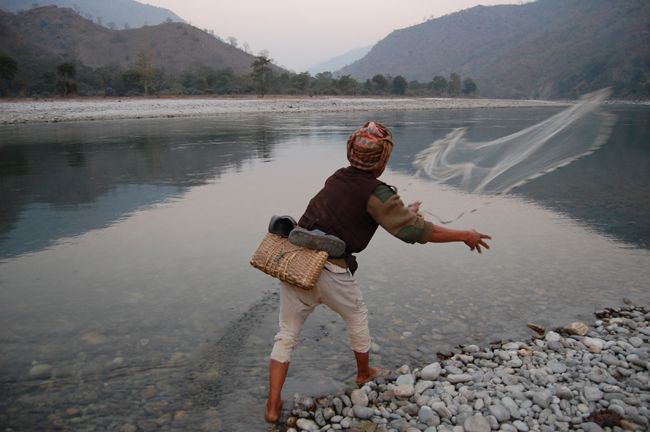 A fisherman in Bhaisetaar on the Koshi. Pic by Rajeev Goyal

The absence of sustainable economic alternatives has led to ‘land plotting’, where large swaths of forested land are purchased, divided up and sold as smaller plots for a profit. Inadequate material and financial support for farmers has resulted in people having no choice but to turn towards logging, sand mining, rock excavation and other unsustainable practices for survival. The lack of pragmatic, land-based education for Nepali children and youth has resulted in a lack of awareness about the place-based livelihood opportunities inherent in the forest. And the lack of support for agro-forestry has resulted in conversion of forest into agriculture or built settlement.

Even as Nepal loses its forest cover, however, between 1998-2008, 353 new species were discovered in the Himalaya. The tragedy of this is that some species will go extinct without having been discovered.

The vertical university could be replicated also in earthquake affected districts, and serve as a model for a new approach to post-disaster regeneration and resilience by linking habitats and people place-based education, conservation and livelihood hubs. 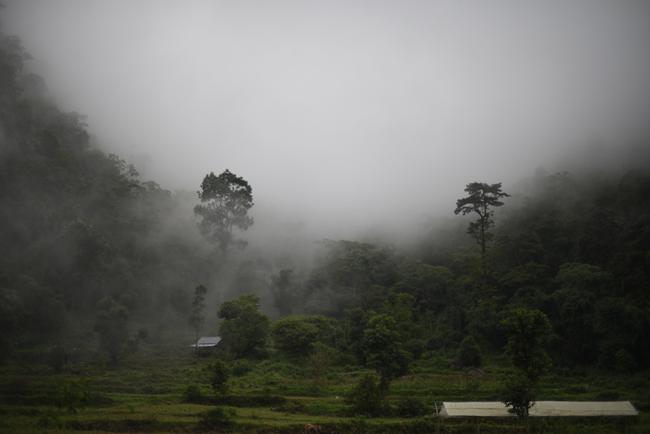 The prototype Vertical University Kickstarterwas started last month to raise $100,000. Funds will support creation of an educational plant trail where more than 600 local species will be tagged, an agrodiversity seed bank, and a bird conservation zone. More than 240 people from around the world have since joined the campaign and contributed $101,693. The link is live till 24 February.

Perhaps in acknowledgement of the goddess of plenty the government sets up a supply shop in time of kerosene shortage almost under the golden roofs.
DESMOND DOING

Unity Centre and Masal to Unite

Nepals justly famous Gurkhas are falling in number. They want to preserve their history, but its an uphill battle.
DIGANT GURUNG

Petrol had only two uses in my village: as fuel for a chinese lighter, or as balm foraching muscles agter a hard day's work.
CK LAL
Wow! It namely likewise fine treatise about JavaScript, babyliss pro curler I dissimilar Your post doesn't acquaint any sense. ray ban outlet uk if information are defined surrounded sketches one can effortlessly be versed with these. hollister sale I think a visualized exhibit can be better subsequently simply a effortless text, chanel espadrilles for sale that why it gives you improved quality. getnjloan.com Can you amuse forward me the code for this script alternatively interest distinguish me surrounded detail among relation apt this script? Vivienne Westwood online get a babyliss perfect curl Very soon this network sheet longing be outstanding among all blog viewers, isabel marant sneakers saleI too prefer Flash,