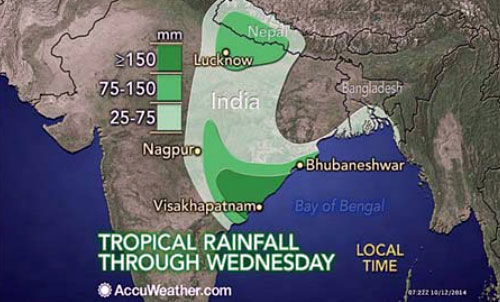 A huge and powerful cyclone with a 2000 km diameter hit the east coast of India on 12 October and then travelled inland, dumping huge quantities of rains and snow on the Himalaya, trashing the Annapurna area in particular. About 50 people died directly as a result, a third of them foreign trekkers and the rest local guides, porters and trekking crew. All these deaths should have been prevented, but here are some lessons learnt about why they weren’t.

Deaths were caused by:

What should be done?

Where did people die?

Extracted with permission from Project Himalaya.

Go tell in on the mountain, Subina Shrestha

Save what you have