Voting to heal past wounds 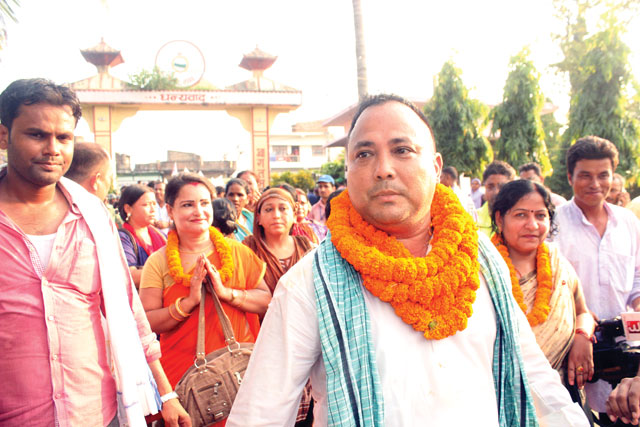 When Madhes-based leaders rose up in 2015 against what they saw as a conspiracy in the new Constitution to further marginalise the plains, highlanders in the Tarai were fearful for their safety. When violence broke out, many sold property and fled north.

In Birganj, the epicentre of the 2015 Blockade, cadres of Tarai-centric parties would issue veiled but often blatant threats against hill settlers. Two years later, as Province 2 prepares for the first local elections in two decades, that fear has mostly dissipated, with mainstream parties fielding Madhesi candidates and some Tarai-centric parties having candidates of hill ancestry.

The battle for Birganj, Rameshwor Bohora

Rastriya Janata Party Nepal (RJPN), the recently formed alliance of Madhesi parties, has chosen a Newar businessman as its mayoral candidate in Birganj: Rajesh Man Singh (pictured above campaigning door-to-door). He was active during the Madhes Movement and supports greater autonomy for the plains in the new federal structure.

Says Birganj-based rights activist Kamal Mohan Pokharel: “The RJPN and other Madhesi parties have sent out a message of harmony and social integration by choosing hill settlers as their candidates, and this has removed to a certain extent the sense of fear among them.”

The RJPN has also fielded six hill-origin candidates for Ward chairs in Birganj. Federal Socialist Forum Nepal (FSFN), another Madhes-based party, has three highlanders as Ward chair candidates. Nepal Loktantrik Forum has not put up candidates in all ward committees, but it has one hill candidate in a Madhesi-dominated Ward.

After years of polarisation between hills and plains, the parties appear to have realised the benefits of integration. Candidates are busy campaigning for the polls on 18 September, and their message is no longer divisive, but about improving relations between traditionally excluded groups in the Tarai and the rulers in Kathmandu. 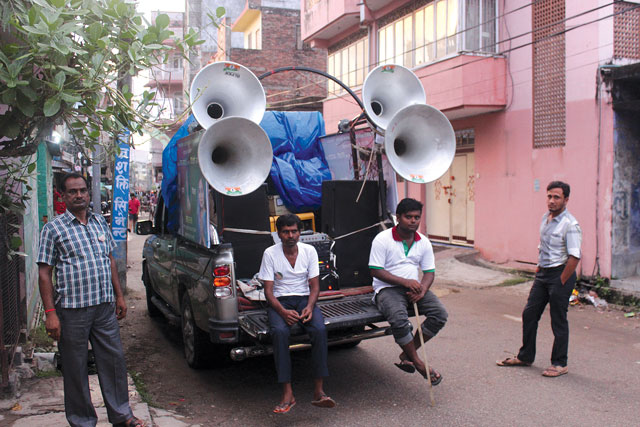 Instead of ethnic politics and caste vote banks turning communities against each other, therefore, next week’s local election has ended up bringing Nepalis in the Tarai together.

Says Birganj resident Babita Poudel, “It’s not that we people from the hills and the Tarai don’t want to unite, it is politicians who are keeping us apart. They created a situation where the highlanders and the plains people started hating each other.”

Birganj is the only metropolitan city in Province 2, and many mayoral candidates told us they wanted to reach across the ethnic divide to heal the wounds of the past. The polls are also a chance for parties to realign with issues and recognise the rights of other people formerly outside their voter base.

UML mayoral candidate Basuruddin Ansari, a Maoist candidate in the 2013 elections, was forced to close part of his hospital, the National Medical College, before and after the agitation and Indian Blockade in 2015.

“For parties here, politics is all about creating differences between the hills and the Tarai. Birganj faced a total shutdown for seven months, and people suffered a lot,” Ansari told Nepali Times. “Is this what you call politics? You cannot succeed as a politician by enforcing shutdowns and causing pain to people. Only those who understand the people will be successful in winning elections in Birganj.”

Other candidates proposed to work in better coordination with the central government. If elected, NC contender Ajay Dwibedi plans to introduce a new tax system to fund development projects.

“In the initial stage, we will request the central government to help us, but the municipality will strengthen its capacity to collect taxes, and gradually it will come up and make its own budget,” Dwibedi said.

The NC platform features having a two-thirds majority in Parliament to pass amendments to the Constitution. The UML is staunchly opposed, so the outcome of this poll will be a referendum in the Tarai about support for amendments.

Campaigning in a Birganj suburb on Monday, Ansari spoke with voters at their doorsteps, and led a chant by supporters carrying flags through the streets. Two female candidates also took part.

For her part, UML deputy mayoral candidate Sophia Acharya focused on gender and education. “If I get elected, I will work against child marriage, violence against women and the gender pay gap,” she told Nepali Times.

“We can achieve much of this by educating the girls.” Birganj-based activist Kamal Mohan Pokharel says communal harmony in Birganj was never as bad as in other parts of the plains, and it was exaggerated by the Kathmandu media.

He adds: “In fact it is getting better in this election. I hope the entire Madhes will follow Birganj's model of coexistence.”

(Jiyalal Sah in Birganj also reported for this story.) 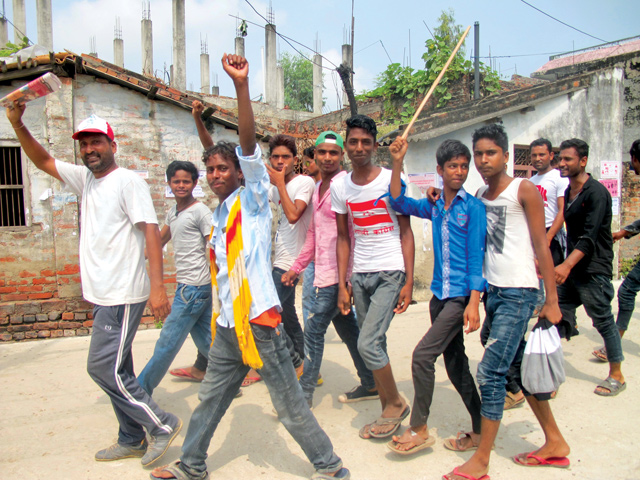 There is a buzz in the air across Province 2 ahead of elections on 18 September, and first-time voters are leading the charge: the young in the Tarai are energised about casting their ballots in the final phase of local elections. Many of them were too young to vote, or not even born, when local elections last took place in 1997.

“Young people in the past were not directly involved in political activities but nowadays most of them are,” says Sudarsh Singh, a candidate of the RJPN for Ward council in Janakpur.

Schools around Janakpur and across the Tarai are closing for a week for the polls, giving time for students to closely follow proceedings. “All the students will be involved in promoting the election, and campaigning for the parties who are up for election,” Indu Singh, 31, says.

Ramsit Kuma Sah, 25, returned to Janakpur from his accounting studies in New Delhi, where he completed work ahead of time to be able to witness local elections.

Of watching local elections for the first time, he said he wants, "To know, actually, if people are interested or not in this election. What is the importance of this election for the local people here? I'm 25 years old: from that time to this time, I haven't seen any development in this area as compared to others. The situation is getting worse and worse day by day. For that development purpose, this election is very important for us."

In Birganj, Neha Paudel, 24, hopes that whoever is elected develops the city for the people, not just for themselves and their families. But she has her misgivings.

“It is like a huge festival,” she said of elections. “We are happy it is happening after years and years, but each and every person knows that development is not going to happen. Candidates are making promises, of course, but we know that it is just to get votes. It is up to us citizens to chose the right person who can deliver.”

In Birganj, the Maoists have fielded the youngest mayoral candidate in this phase of polls, 31-year-old Rahabar Ansari, probably because they are not hopeful about a win here. They are focused on competing with the UML along the East-West Highway.

Neha Poudel, who recently won a local beauty pageant, says: "The youth are excited about voting in this election, but they are also wary of inexperienced candidates."

The battle for Birganj, Rameshwar Bohara