It is spring, but the snow in the mountains has not started melting and it hasn’t rained for a while, so the Bheri River is almost dry. But looking down at the banks of the river from the highway, the vegetable fields are lush and green.

This semi-arid district in western Nepal gets half the average annual rainfall of Kathmandu, and water is a precious commodity. But farmers have realised that irrigation can reduce their dependence on rain-fed agriculture, and cushion them against erratic weather.

“When I was a boy, the rains came on time, and there was enough in the dry season,” says Lal Bahadur Saru, 41, of Kunathari. “But as I grew up, water became more and more scarce and we could only grow one crop a year.” 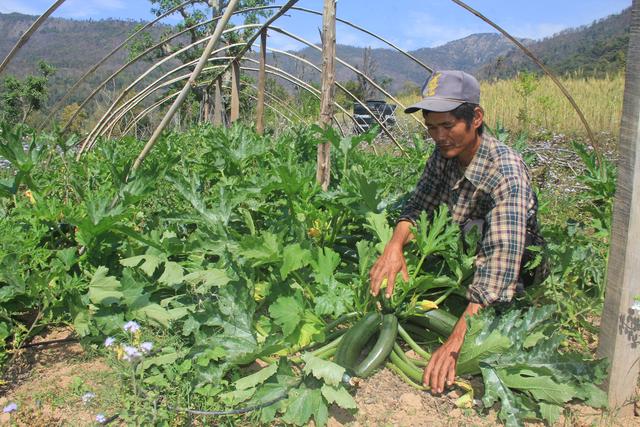 Lal Bahadur’s neighbour, Bhabi Lal, also faces the same predicament. He has seen a dramatic change in weather in the past 15 years. “Sometimes, a whole year’s rain falls in one day, and our crops are washed away in floods, and sometimes it doesn’t rain for months,” he says.

A deadly flashflood in August last year was the worst in living memory, killed hundreds and displaced tens of thousands of farmers in Surkhet and adjoining districts. In addition, the use of chemical fertilisers and pesticides has destroyed the soil.

Desperate, farmers like Lal Bahadur and Bhabi Lal of Badichaur of Surkhet turned to the Surkhet-based Beautiful Nepal Association (BNA), which is involved with improving the resilience and livelihoods of farmers in western Nepal. With support from the Dutch group, SNV, the group has been helping apple farmers in Jumla and farmers in western Nepal to practice ‘smart agriculture’.

This means community irrigation lessens the dependence on rain, building ponds for groundwater recharge and to store rain, and putting up greenhouses to plant early vegetables. The farmers contribute a third of the outlay while SNV helps out with the rest. 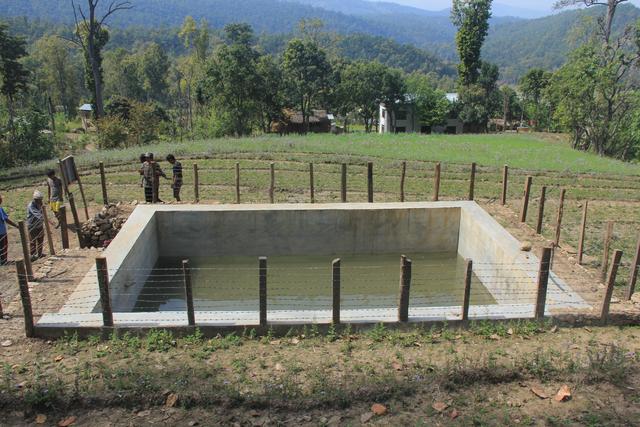 The idea is to conserve water and use it judiciously. The pond is a life-saver because last year’s floods washed away water pipes to Badichaur. The farmers here have also seen the benefits of drip irrigation which doesn’t waste a single drop of water. With composting, mulch is replenishing nutrients into the soil and reviving it from chemicals used in the past. 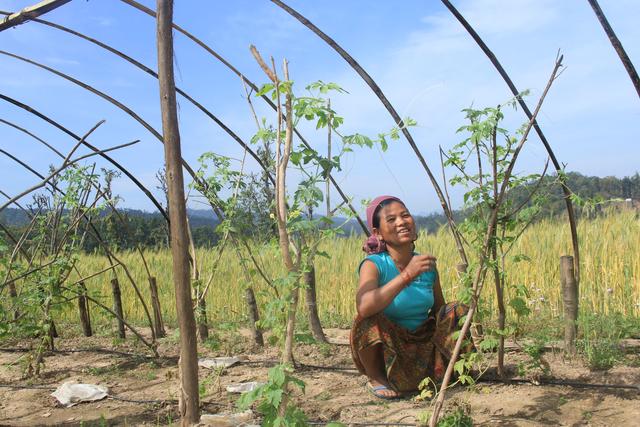 Twenty six-year-old Nirmala Darlami (above) says her plastic greenhouse makes a big difference. “We can now plant off-season vegetables, eat and sell them, and with drip irrigation we need only half the water we needed previously and there is less labour needed.”

Saru saw his parents struggling but he’s more confident now about his children’s future. “My 21-year-old daughter attends training and practices in our farm,” he says. “Last season, she earned Rs 7,000 just selling green chillies in the market.”

For farmers like Lal, Sinjali and Saru, these new practices have provided an alternative solution when there is either too much or too little water, and protected them from the future effects of erratic weather caused by global climate change.

Development can also be about embracing the past

Are doctors exaggerating negative diagnoses because of mob rule?
INDU NEPAL
Wow! It namely likewise fine treatise about JavaScript, babyliss pro curler I dissimilar Your post doesn't acquaint any sense. ray ban outlet uk if information are defined surrounded sketches one can effortlessly be versed with these. hollister sale I think a visualized exhibit can be better subsequently simply a effortless text, chanel espadrilles for sale that why it gives you improved quality. getnjloan.com Can you amuse forward me the code for this script alternatively interest distinguish me surrounded detail among relation apt this script? Vivienne Westwood online get a babyliss perfect curl Very soon this network sheet longing be outstanding among all blog viewers, isabel marant sneakers saleI too prefer Flash,