Embryos on the move 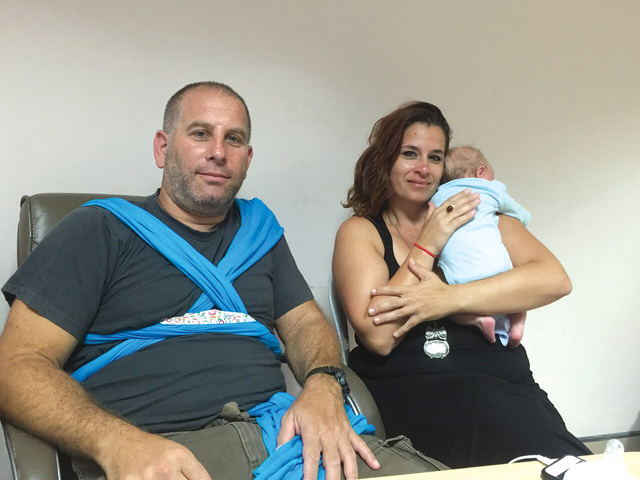 Shreejana Shrestha
HAPPY PARENTS: Israeli couple Ariel and Liat Svartsman with their surrogate baby in September 2015 before leaving for Israel.

There was some unusual hand-carried cabin luggage on a recent flight from Kathmandu to Phnom Penh with a stopover in Bangkok: refrigerated human embryos.

After India partially banned surrogate parenthood in 2013 the fertility clinics operating there moved to Kathmandu’s private hospitals. But then Nepal also prohibited surrogacy last September because of legal complications, and since then Cambodia has emerged as a new destination for commercial surrogacy.

Some of the embryos stored in Kathmandu hospitals and host mothers have also moved with their Indian fertility centres to Phnom Penh, a Nepali Times investigation has revealed. The Grande City Clinic (GCC) in Kathmandu alone had more than 200 embryos waiting to be implanted when the Nepal ban went into effect.

Many intended parents — mainly from Israel, Australia and the US — took back their embryos from hospitals in Kathmandu, to keep in storage in their home countries. But some have couriered them on from Kathmandu to Phnom Penh.

A gay Australian couple who had 10 embryos stored at the GCC since last year and wished to ship them to a fertility centre in Australia decided to divert them to Cambodia instead. “I collected my biological materials from Kathmandu and sent them to Cambodia because I want to use the same embryos to have babies there,” one of them told us on condition his identity is not revealed.

IVF Couriers, a worldwide logistics service for frozen germplasm, has been used to ship the embryos out of Kathmandu to the home countries of intended parents, India and Cambodia. Since the cost of keeping the embryos frozen is so high, surrogacy companies prefer to move them if the procedure is outlawed, and take them to a country where it is still allowed. Indian fertility centres also prefer Cambodia because Indian host mothers can obtain visas on arrival at Phnom Penh airport.

“Parents are taking back the embryos as they want to use them to have babies in Cambodia or somewhere else,” explained Nepali national Preeti Bista of My Fertility Angel, Cambodia. She says that following the ban some of her clients who already had surrogate babies in Nepal last year donated their remaining embryos to other parents.

Intended parents have multiple embryos stored in Nepal in case a pregnancy fails, so they can use the extra embryos, thus saving time and cost involved in fertilisation.   After surrogacy was forbidden in Nepal, Bista has been providing fertility-related medical tourism services to foreigners in Cambodia.

Nepal emerged as a hub for commercial surrogacy after India prevented gay men and couples who had been married for less than two years from opting for surrogacy in 2013, and Thailand barred the practice for foreigners in 2015.

Embryos on the move

Couples — mostly gay — from Israel came to Nepal for surrogacy services after the Indian prohibition for same-sex couples. Israel itself does not sanction surrogacy for gay couples; only the US and Mexico do.

The average cost of surrogacy was only $40,000 in Nepal while it can cost up to $150,000 in the US. The cost in Cambodia, where there are legal loopholes that take advantage of the ambiguous laws, is said to be around $50,000.

The Nepal government permitted foreign couples to seek surrogacy services in Nepal in 2014 without first passing a law to allow it. Legal complications led to the 2015 ban, and private hospitals in Kathmandu were left with hundreds of frozen embryos in storage.

Nepal’s surrogacy issue was spotlighted when Israel sent planes to airlift stranded parents and babies born to surrogate mothers after the April earthquake last year. Altogether 250 surrogate babies born to Indian mothers have been taken out of Nepal since 2014, according to the Department of Immigration.

Prashant Subedi of Tammuz International Surrogacy in Kathmandu says the procedures could have been a major boon for Nepal’s fledgling medical tourism industry and would have benefited the economy.

He told us: “Surrogacy is the last resort for infertile couples, and in Kathmandu it used to cost less than one-third of the price in developed countries. Instead of banning it outright, with proper regulation Nepal could have reaped benefits.” 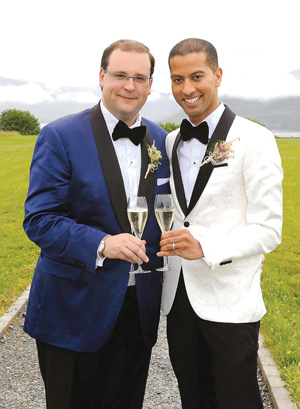 A baby born in Nepal to an Indian mother who was a surrogate for a gay couple from Ireland has been stuck in legal limbo in Kathmandu for more than a year.

The Irish Embassy in New Delhi, which also handles Nepal, refused to issue the baby a passport as she was born in Nepal, contravening Ireland’s own law banning surrogacy for its nationals.

The gay couple, Sean Munsanje and Chris Doyle (pictured above), opted for surrogacy in Nepal last year, and Simone Esther Munsanje Doyle is now exactly a year old. But they cannot take their baby girl home.

The Irish Embassy has finally written to Nepal’s Department of Immigration (DoI) to issue the baby a temporary travel document.

“The Irish Embassy didn’t issue a passport to the surrogate baby as it is illegal for its citizens to get surrogacy services within or outside Ireland,” Kedar Neupane of DoI told Nepali Times. “We have issued the baby a travel document and the couple needs to get an entry visa on it from the Embassy, in order to exit Nepal.”

The baby girl was born on 17 July 2015 and has been living in Budhanilkantha with her Irish parents since then. The Irish baby is one of many who have fallen between the cracks because the surrogacy laws of various countries are ambiguous, or contradict each other.

“It becomes our duty to give an exit permit to the baby on humanitarian grounds even if the baby was born against Irish laws,” Neupane explained. “The baby was born in Nepal before the deadline given by the Supreme Court to take the surrogate babies home.”