The business of entrepreneurship

With the amount spent even before they get the visa, students planning to study in the US can easily start a viable business at home
Triveni Chand And Pankaj Parajuli

Students planning to study in the United States have to spend up to Rs 500,000 before they even get a visa, or are denied one. With the same amount they could easily start a viable business and generate employment for others, the field is open for anyone starting a business in these fields: 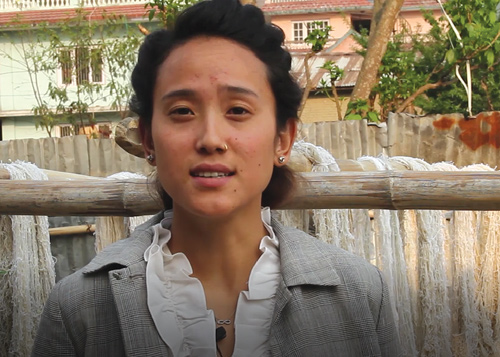 Mala Thapa Magar (pic, above), 24, has turned a Rs 100,000 investment into Himalayan Allo Udyog, an enterprise worth more than Rs 5 million in just three years. The company uses the Himalayan giant nettle and turns it into a fabric that is known for its strength, smoothness, lightness, durability, and a silk-like lustre.

More than 700 entrepreneurs work at different value chains of the allo plant. Yet, most of allo’s potential has been untapped in Nepal’s 50 districts where it grows. The processing of the fibre requires only locally-available inputs, koila (wood ash) and kamero (white clay) or caustic soda.

“Even readying skilled labour force is easy,” says Thapa Magar, “as anyone can be trained to make allo yarn and its woven products just in a month.”

But the major obstacles are contacting middlemen to access raw materials and reaching customers. An allo investment plan will break even within a year. Profits can be maximised by carrying out allo processing more than once a season, along with production of blended fabrics.

“Most importantly, the business needs a product identity and a passion for hard work,” Thapa Magar says. 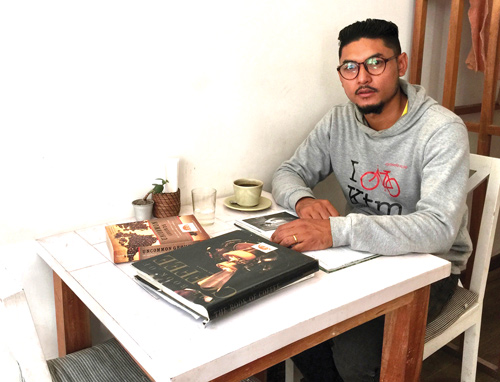 Despite developing a growing taste for coffee, Nepalis only consume 700 tons of the beans a year. But this is set to grow as Nepali farmers take to coffee as a cash crop in a big way.

Coffee cultivation can be three times more profitable than other cereal crops, and high quality exports fetch a gross margin of over Rs 90,000 per hectare. However, the lack of export incentives for processed coffee beans and fluctuating prices affect farmers.   But domestic demand for roasted coffee is growing and one five-star hotel in Kathmandu consumes up to 70 kg of coffee per day with each kilogram selling for Rs 1,200. “There is a huge untapped potential for the growth of the coffee market,” says Sailendra Dangol (pic, above) of Sports Coffee House franchise.    Coffee has only met 10 per cent of domestic demand, and there are only 2,000 hectares of coffee plantations in Nepal out of an estimated potential for 1.1 million hectares. The field is wide open for entrepreneurs. 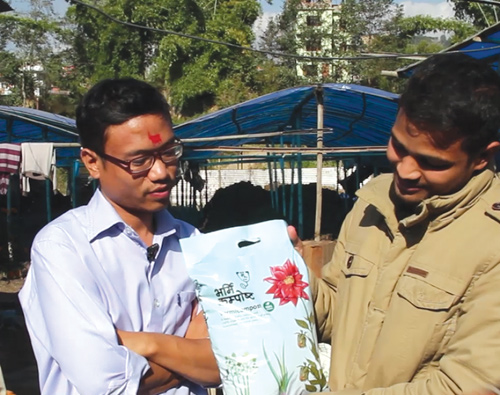 “Did you go to college so that you can play with cow dung?” the founders of Prarambha Bio Tech, Prabesh Lama (pictured, left) and Manish Pratap Singh (pictured, right), were often asked. But no one laughs at the entrepreneurs who saw wealth in waste, and are now making a fortune selling fertilizer from compost and vermiculture anymore.

Using earthworms to convert biodegradable waste into fertilisers, vermi-compost offers three important ingredients for plant life: nitrogen, phosphorus and potassium (NPK). The resulting product has no smell and is packaged for sale at supermarkets and bazars.

What makes it an attractive business proposition is that vermicomposting needs low cost inputs, and brief technical training. The business plan looks like this: employ 2,000 earthworms to digest organic waste over six months at a cost of $300 to produce 2 tons of vermicompost that can sell for $1,000. Besides the $700 profit, there is an additional $300 income from the sale of excess earthworms. Prarambha Bio Tech started by producing just 300 kg of fertilizer, and it now sells 40 tons per cycle. 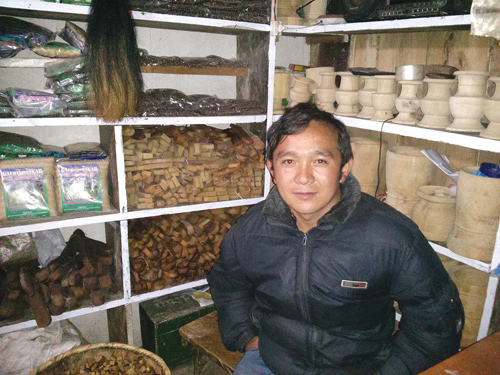 A popular hard cheese made from yak milk in Nepal’s mountains is proving to be a lucrative product in the pet food industry worldwide. Himalayan churpi made from the solid-no-fat part of yak milk is now sold in the pet section of supermarkets in Europe and the United States and is worth nearly $110 per kg.

Once a source of income for many yak herders, churpi had almost disappeared. But the new emerging market for churpi-based dog chew and the high prices has boosted the income of dairy farmers who can now expect to earn up to Rs 300,000 per season with an average herd of 20 yaks. In fact, the problem may lie in insufficient supply of milk because of the lack of government inputs to raise the productivity of yak farms.

Pasang Dorje is a farmer who has seen milk production drop and a high vet bill. There is almost no support from the government. A churpi collector makes a gross profit of Rs 75-100 per kg, being churpi exporter can earn a profit of Rs 800 per kg.

There is also a problem of quality. Mould and other damage means that exporters like Premu Rana can only sell 200 of the 300kg from one churpi collector. He could salvage another 85 kg to sell in the local market, but he earns only half of the Rs 1,000 that he would earn for a kg for export.

The non-profit Institution for Suitable Actions for Prosperity (ISAP), is working to provide basic training in animal husbandry and medical knowledge to farmers and collectors as well as tools to maintain standard quality and sizes.

Who moved the cheese?, Hariz Baharudin

Made in Nepal, Sahina Shrestha

Coffee, tea and we, Daniel Haber