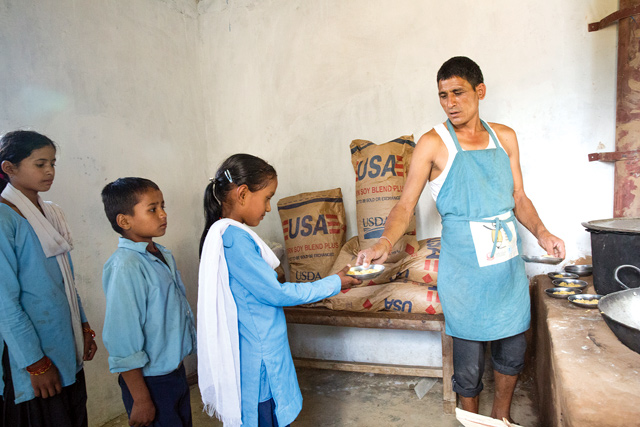 When Harijit Bohara became principal of the newly established Mahadev Primary School in Sunkada, a village in this remote district in western Nepal 25 years ago, most girls stayed home until they were married off early.

Bohara, now 52, is still principal in the same school, but the gender landscape of this village has transformed. Of a total of 185 students at this school, 113 are girls and only 72 are boys. Girl students outnumber boys not just in this government school but throughout Bajhang.

"Even if you try hard you won't find a girl in our village who does not go to school these days," he says.

Rama Negi, 25, is one of those parents. She was married at 17 and gave birth to her first baby, a boy, at just 18. Her son was enrolled in a local private English school two years ago. When her second baby, a daughter, turned five this year, she was enrolled in a government school.

"We can't afford to pay fees for both, so only our son goes to private school," she explains matter-of-factly. 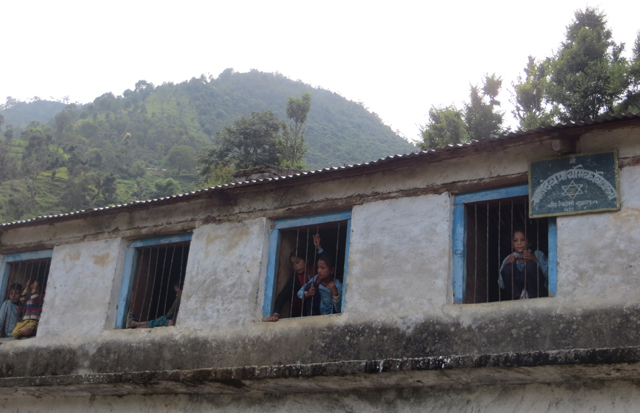 Like most men in this region, Negi's husband is working in India, and comes home only during rice planting and harvest seasons. He is not coming home this Dasain, but will be here for Tihar and will return to India only after harvesting this season's crop.

This deep-entrenched discrimination is confirmed by the gender breakdown of students enrolled in government schools not just here in Bajhang, but throughout Nepal. Ganesh Bohara, a Nepali Congress activist in the village of Deule, says the discrimination is not as prevalent as before. “But,” he adds, “some parents still think they need to invest more in their sons rather than daughters."

However, the ratio of girls and boys is not as skewed in government schools where students get free nutritious mid-day meals which the United Nations World Food Programme (WFP) has been distributing in Bajhang and 9 other districts in western Nepal with the funding from the US Department of Agriculture.

About 36,000 students in 302 government schools, mostly at primary level, get the meal every school day in Bajhang alone. Each meal consists of corn, soya, ghee and sugar, and provides 470 Kcal.

Gender discrimination is so severe that girls face discrimination not only in education but also in nutrition. Most families only grow enough food to last up to four months, and the men migrate to India to earn enough to feed dependents. Daughters always eat last, and when there is not enough food, brothers get preference.

Chronic undernourishment makes girls more vulnerable to infectious diseases. One in every five women of reproductive age in Bajhang is underweight and one-third of the women suffer from anemia.

"Daughters deprived of nutrition at home get to eat at school," says Madan Kumar Thapa, Bajhang's District Education Officer. "It is not only discouraging them from dropping out, but also helps maintain their physical and mental growth.”

Thapa says most parents still think private schools, even if they are ill-equipped and badly managed, provide better education than government schools.

"The sons who go to such private schools do not necessarily get better education," he says. "And they are missing out on the supplementary food available at government schools."

They don't count, and are uncounted, Anurag Acharya