For addicts, the line is blurring between pharmaceutical drugs and hard drugs
Shreejana Shrestha 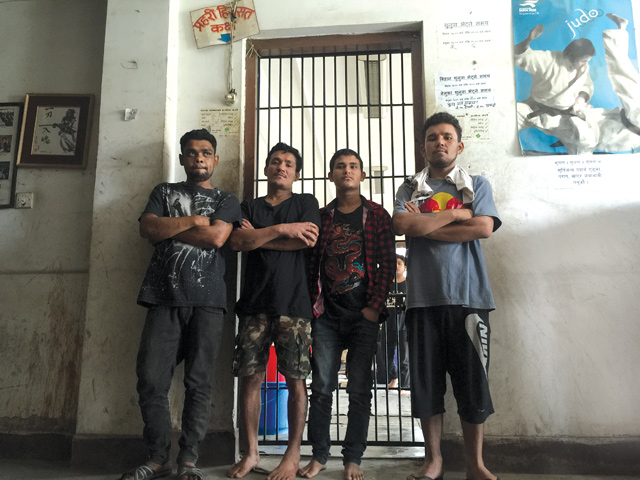 Pics: Shreejana Shrestha
FRESH START: The youth who agreed to be photographed for this story say they regret their past and want to start life anew.

Laxmi Gurung was just 14 when she bought her first drug to fulfil her addiction. She did not buy it from a street pusher, but from the friendly neighbourhood pharmacist.

Gurung was in Grade 7 then, and faced peer pressure from classmates who introduced her to pharmaceutical painkillers such as Opidol, Nitrokaf and Tramadol to get a high. Soon, she was hopelessly addicted.

“Most of my friends were buying those drugs from the pharmacy, and I had to take them too, to be accepted into the group,” Laxmi, now 27, recalls.

The pharmacist noticed her frequenting the shop to buy the painkillers, but readily sold them to her even though she was too young to buy prescription drugs like Tramadol. Her visits to the pharmacy became more and more regular, and she moved on to injecting hard drugs before she turned 21. 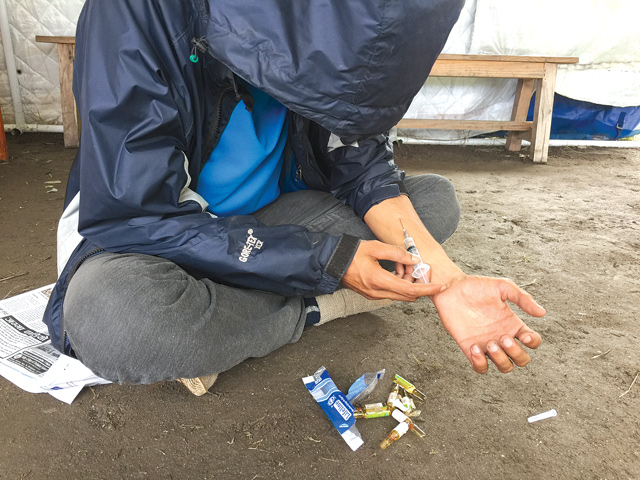 One of the commonly misused pharmaceutical drugs.

“I have realised that I would never have used hard drugs if I hadn’t experimented with pharmaceutical drugs, and it is now very difficult to get over the addiction,” says Laxmi, who is at the Sober Recovery Treatment and Rehabilitation Centre in Jorpati after having being arrested and admitted into rehab five times.

Analysing her own childhood, Laxmi reckons the conflict between her parents when she was young drove her to using pharmaceutical drugs. Other reasons include the migration of her father, her broken family, and peer pressure from classmates.

Over the years, abuse of pharmaceutical drugs has emerged as an epidemic across towns in Nepal, but activists working on addiction say neither the Department of Drugs Administration nor the Narcotics Control Bureau has understood its longterm impact.

During a visit to the Sorakhutte Police Station one recent morning, the detention cells were crammed with 12 youngsters charged with drug offences — seven of whom were street children caught using drugs in nearby Thamel. 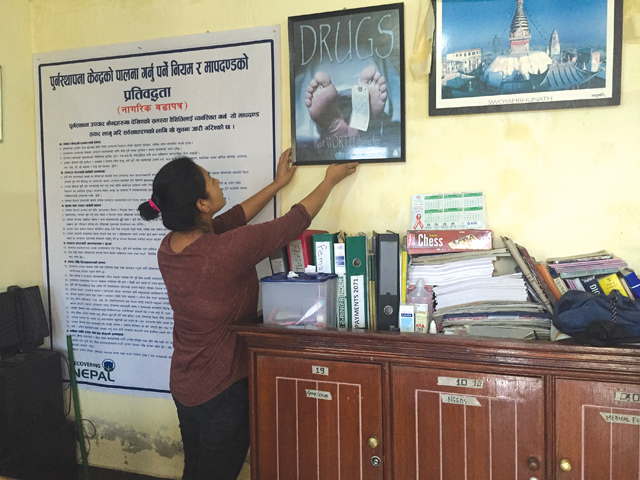 Laxmi Gurung, 27, is recovering at a rehabilitation centre in Kathmandu.

Ashish Shrestha, 18, was one of the detainees. He landed up in the streets at the age of 10 after his mother abandoned him, and he was previously arrested for using and selling drugs. He vividly remembers the day he first sniffed glue from a tube of Dendrite. “It was like being in heaven,” he says, and it was that sense of bliss that led him to use other kinds of drugs, and injecting drugs.

He could just walk into the Bir Hospital pharmacy and buy syringes and the prescription drug Avil over the counter. For more exotic drugs, he had a supplier in Birganj who could obtain whatever he wanted from across the border. 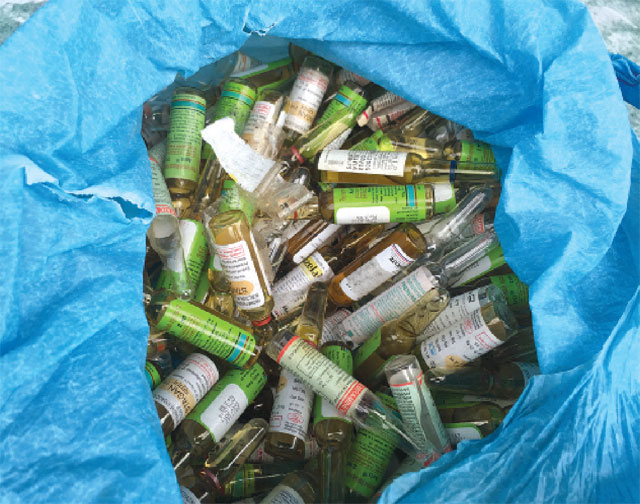 Policemen at Sorakhutte say they cannot file cases against anyone for using painkillers or pharmaceutical drugs. “The drugs are not classified as narcotics, so we can’t arrest them,” says Somendra Singh Rathor, who had to release 10 students who were using stimulants bought from a drug store to boost their confidence in the SLC exams.

Tshering Wangdo of Sober Recovery Treatment and Rehabilitation Centre says three-fourths of youngsters who start out with pharmaceutical addiction move on to hard drugs, adding: “Medical drugs are cheaper, and pharmacies just want to boost sales, they don’t really care who buys them.” 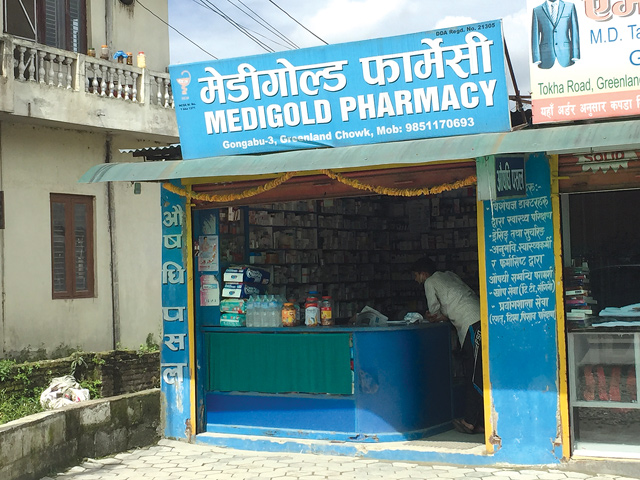 On 18 July, a team from the Nepal Police's Narcotics Control Bureau (NCB) arrested owners of several pharmacies in Kathmandu found selling prescription drugs such as Opidol, Spasmo, Traflash and Tramadol to teenagers.

The NCB has sent the pharmacy owners to the Department of Drug Administration (DDA) for further investigation because it does not have the mandate to punish them.

“Despite knowing that teenagers are abusing pharmaceutical drugs, we just don’t have enough people to conduct raids,” says DIG Jay Bahadur Chand of the NCB.

The NCB can take action against those found using codeine, dextropropoxyphene, ethylmorphine, etorphine, fentanyl, methadone, morphine, pethidine and pholcodine, which the DDA has classified as narcotic drugs.

Chand says that due to lack of proper monitoring, pharmaceutical drugs — like Tramadol, Diazepam, Clobazam, Phentermine, Paracetamol, Opidol and Nitrokaf — and other painkillers are being illegally imported from India and are easily available in pharmacies without prescriptions. He says pharmacies cannot be controlled unless all drugs require prescriptions.

The DDA conducts raids, but has never prosecuted anyone for selling prescription drugs. The department’s Bhupendra Thapa says: “We can scrap licences of pharmacies or suspend them for up to six months but we can’t punish the drug users, as the police say that prescription drugs are not classified as narcotics.”

The DDA claims that more than a quarter of pharmacies in the country are selling restricted medicines without prescriptions. 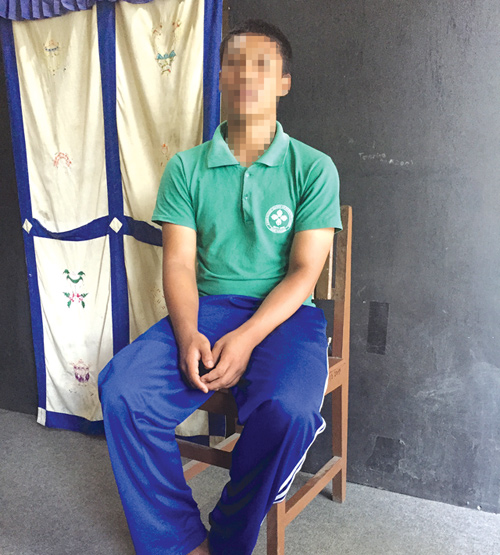 Bibek Pun Magar (pictured) was forced to be a pusher of medical drugs for addicts in his school when he was in Grade 6, and he soon started using them himself. He stole mobile phones from friends and money from his father’s wallet to pay for the drugs.

“I visited hospitals and pharmacies to buy Tramadol, Opidol and other tablets,” recalls Bibek, who dropped out of school in Grade 9. He tried to give up his addiction, but could not sleep and longed for each morning so he could go to the drug store to buy another injection.

At 17, Bibek is in rehab, and is sweaty and nervous as he speaks to us. But he realises that he is lucky not to have progressed to hard drugs.

Tshering Wangdo of the Sober Recovery Treatment and Rehabilitation Center in Jorpati says prevention is the best cure, which can only be achieved through greater awareness in schools about pharmaceutical drugs.

Back to the old

Rajdhani, 13 January
Wow! It namely likewise fine treatise about JavaScript, babyliss pro curler I dissimilar Your post doesn't acquaint any sense. ray ban outlet uk if information are defined surrounded sketches one can effortlessly be versed with these. hollister sale I think a visualized exhibit can be better subsequently simply a effortless text, chanel espadrilles for sale that why it gives you improved quality. getnjloan.com Can you amuse forward me the code for this script alternatively interest distinguish me surrounded detail among relation apt this script? Vivienne Westwood online get a babyliss perfect curl Very soon this network sheet longing be outstanding among all blog viewers, isabel marant sneakers saleI too prefer Flash,