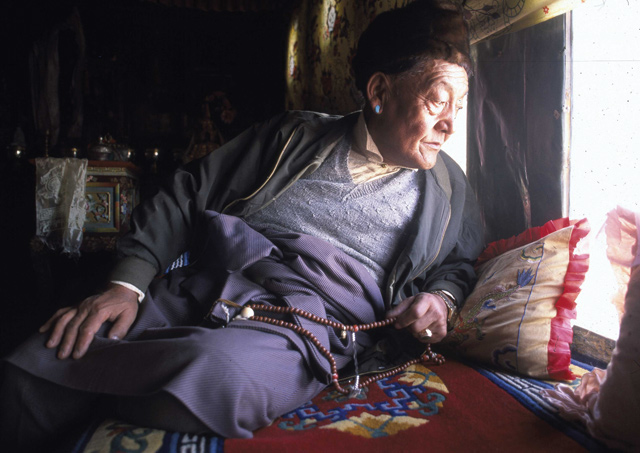 Jigme Dorje Palbar Bista, the King of Lo, or Upper Mustang, died in Kathmandu on 16 December. He was 86, and had ruled his kingdom for more than half a century with equanimity. We shared an affinity for horses and a love of the landscape he called home.

In Nepali, people referred to him as the Mustang Raja, one of four ‘petty kings’ – including local rulers in Bajhang, Salyan, and Jajarkot – who retained regional power even as their territories were incorporated into the emerging nation-state of Nepal in the mid-18th century. These kings were recognised by Nepali law from 1961 until 2008, when Nepal transitioned from a Hindu monarchy to a secular republic.

In Tibetan, Bista was called Lo Gyalpo evoking a sense of respect and deference. The fact that Jigme Dorje Palbar Bista had been officially stripped of his raja title by the Nepali state did little to affect his importance in the lives of Loba, people from Upper Mustang.

Bista was 25th in a lineage of rulers that dates back to the late 14th century, and the founding of the kingdom by a western Tibetan leader named Amepal. In 1964, when he was in his mid-thirties, Bista assumed the title of Lo Gyalpo after the death of his father. He was his father’s youngest son. 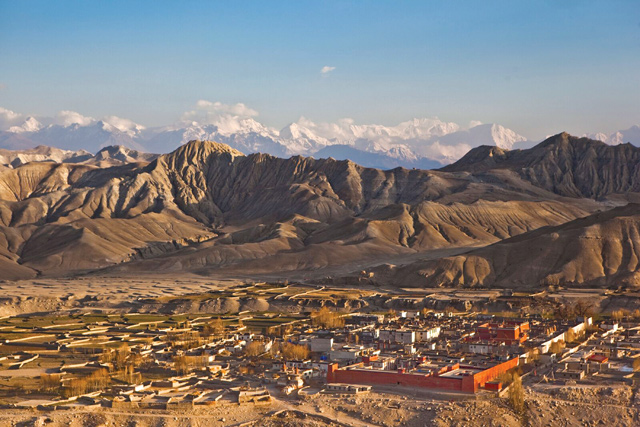 Pics: Tom Kelly
The walled city of Lo Manthang where he ruled for half a century

Bista married Sidol Palwar, a refined, elegant woman who traveled from Shigatse, Tibet, to Lo as a bride in 1950, before the political upheavals of 1959. They had no living biological children, but the couple adopted their nephew, Jigme Singe Palbar Bista, as son and heir. 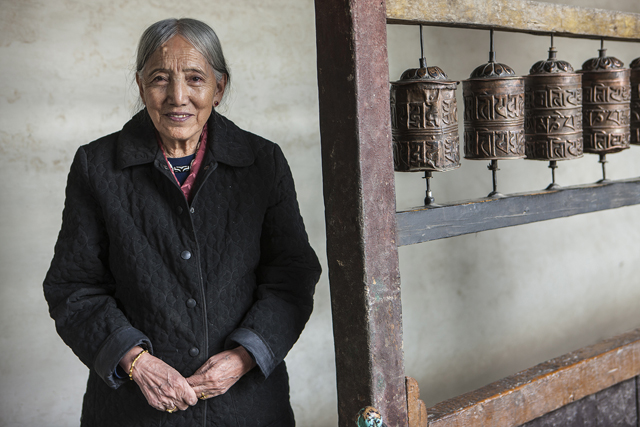 Over the past half-century, Bista ushered his community through massive political-economic and sociocultural transitions: the stationing in Mustang of Chushi Gangdruk, the Tibetan Resistance Army, from 1961 until 1974, opening Lo to foreign tourists in 1992, the decade-long war (1996-2006) and its attendant impacts on all aspects of life in rural Nepal, even in a district that saw minimal direct conflict, the end of the Nepali monarchy in 2008, the recent completion of a motorable road that now links Mustang with the Chinese border to the north and Pokhara to the south, and the earthquakes of Spring 2015.

Bista has also lived to see the impacts of climate change on Mustang’s environment, a complex social ecology that balances irrigated agriculture, pastoralism, and trade. Two of Lo’s villages have been relocated in recent years as a result of water shortages as some of Mustang’s glaciers shrink. This and the recent discovery of uranium deposits in Upper Mustang indicate some of the environmental and geopolitical crucibles facing this region.

Bista also bore witness to profound internal transitions within Mustang’s communities, brought on through education- and economically-driven outmigration. Today, the population of Loba in cities in urban Nepal and India as well as those making homes in Queens, New York, rival those who live in Lo. 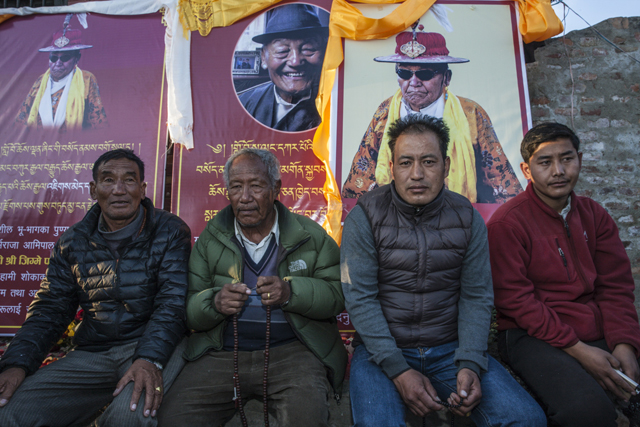 Tom Kelly
Loba, the people of Mustang at the cremation

When I picture the Lo Gyalpo, I see his stately dignity. He was a beautiful, intense presence. During our meetings, be they formal audiences at Khar, the palace and his residence in the walled city of Lo Manthang, or over quiet cups of tea with his family in recent years in Kathmandu, I remained in awe of him. He could be serious, even stern, but then his expression would open up into a broad, friendly smile, his gold-plated tooth glinting brightly. 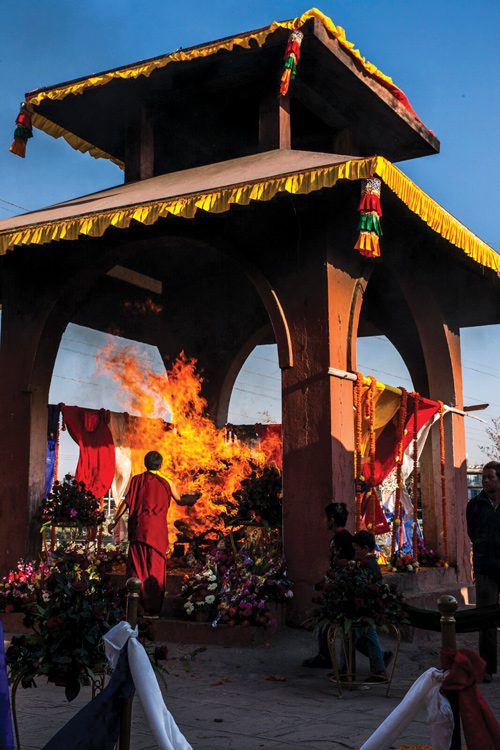 His funeral in Kathmandu this week

One of my most cherished memories of the king was traveling with him and his entourage up to the summer pastures north of Lo Monthang for days of sheep shearing, yak wrangling, picnicking, and ritually bathing his horses in a glacial stream.  It was here that I saw him as a man at work, filled with purpose. I will hold on to that memory, and the one of him and his male companions walking kora early each morning, circumambulating the wall that runs around Lo Monthang, which means ‘plain of aspiration’. There was also deep purpose in such moments: of conversation, of communion.

The king’s heir, Jigme Singe Palbar Bista, along with others who belong to this generation of Mustang nobility, are invested in the future of Upper Mustang. The family remains very important to the social life of Lo, even without continued recognition by the Nepali state of the local monarchy. And yet the death of the king marks the end of an era. His last words to his family members were reportedly: “Never migrate from the village and the district.”

Bista loved his home fiercely, with his whole being. Despite the challenges and changes facing Mustang, those who bear his lineage will do all they can to honour his wishes as they work to protect and thoughtfully transform their culture.

Mystical Mustang in the monsoon

An envoy in Mustang

Deshantar, 7 March
Wow! It namely likewise fine treatise about JavaScript, babyliss pro curler I dissimilar Your post doesn't acquaint any sense. ray ban outlet uk if information are defined surrounded sketches one can effortlessly be versed with these. hollister sale I think a visualized exhibit can be better subsequently simply a effortless text, chanel espadrilles for sale that why it gives you improved quality. getnjloan.com Can you amuse forward me the code for this script alternatively interest distinguish me surrounded detail among relation apt this script? Vivienne Westwood online get a babyliss perfect curl Very soon this network sheet longing be outstanding among all blog viewers, isabel marant sneakers saleI too prefer Flash,