From Potti to Prakash

Nepali boy runs away from home, is rescued from Delhi and reunited with his mother nine years later.
Reeti Sharma in ACHHAM 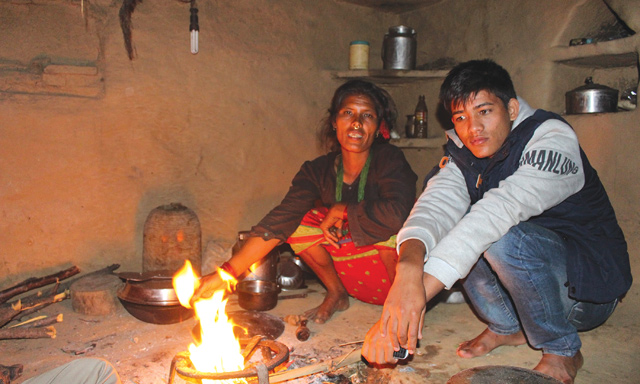 Pics: Reeti Sharma
LONG ROAD HOME: Potti on the final stretch of his trip home to his village in Achham. As ‘Prakash’ he is reunited with his mother after nine years.

It was late afternoon after a three-hour walk uphill that Potti finally reached his home village of Bhattakatiya. Children who had heard of his arrival had come down the trail to welcome him, shouting “Potti, Potti.”

The boy recognised some of them and laughed about the time long ago when he fell off a nearby cliff while chasing a rabbit. All around, the scenic mountains of Central Nepal stretched away to the horizon in fading shades of blue.

“That is my home there,” Potti pointed up the hill. “It has become rundown now. I am sure I’ll get a scolding from my parents when they meet me.”

His thin, frail mother and three siblings were at home to welcome Potti. Her eyes teared up as the long-lost son respectfully touched his mother’s feet. They were meeting after nine years.

“I used to run around these hills, it’s all so different now. I am nervous and excited at the same time,” Potti said as he looked out at a once-familiar neighbourhood.

Potti’s father used to work in India, and would occasionally come home with his savings and urge his son to go to school. He didn’t want to and during one of his visits, the boy stole his father’s money and ran away from home.

After walking half a day to the district capital of Mangalsen, Potti washed dishes and once he had saved enough, took the bus down to Dhangadi in the plains. He was dazzled by the city.

“I was excited to see so many vehicles, big houses, shops and I was enjoying my freedom so much that I spent all my money in two days,” he recalled.

Potti made friends at the bus station and started to work as a conductor, and liked the job because of all the travel. Sometimes the bus took him back to Achham, but even though he missed his family, he avoided going home.

Soon he was lured by the even brighter lights of Delhi, about which he had heard exciting stories. As he was getting down into the platform at Delhi’s railway station, he was rescued by activists of the group, Childline. He was taken to a shelter in the city where he lived with many other lost boys from India and Nepal. Initially it felt like a prison, but Potti soon started blending in and made lots of friends. 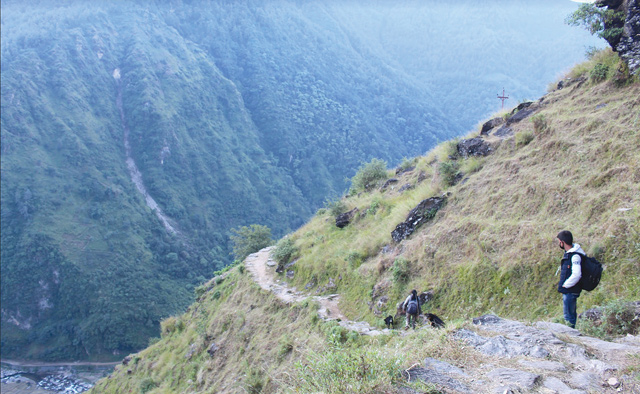 He started calling himself ‘Prakash’, learnt carpentry and excelled in cricket and volleyball. He realised the importance of education and requested Chidline to send him to school.

“It was a life changing experience for me, everything suddenly became clear and I worked hard,” Prakash said.

Back home, Potti’s parents looked for him everywhere, but as the months turned into years they started to give up hope. Potti’s father even brought a dog home in his son’s memory. “We had given up hope that he was alive, today my happiness knows no bounds to see him so big and healthy and safe,” said Potti’s mother, wiping away her tears.

Prakash sat with his mother and told her how he stole his father’s money to run away to Delhi. How he started studying and excelling in sports, right up to the time the group ChoraChori brought him back to Nepal.

Prakash is one of the many rescued children at ChoraChori’s Kathmandu Refuge Centre in Godavari, and was in a group brought back from Delhi in March. He is continuing his studies where he left off, and after schooling wants to join the Nepal Army.

“This was the most difficult reunification I have ever done, emotionally as well as physically,” explains Shailaja of ChoraChori Nepal who brought Prakash back from Delhi in March and took him home to Achham last month. “His mother’s face afHome comingter she saw Prakash was priceless and that is what keeps us moving despite hurdles.”

Hundreds of Nepali boys who have run away from home, and girls who are trafficked end up in shelters in Indian cities. ChoraChori Nepal works to bring them home and reunites them with families.

Most Nepali boys are rescued as they arrive at New Delhi railway station. From 2010 to 2013, over 200 Nepali children lived in Central Delhi Homes, 84 per cent of them boys. Given that there are more than 500 children homes in the Indian capital and over 5,000 across India, the total number of Nepali children here is estimated to be in the thousands. The children mainly come from western Nepal and make their way through the open border, usually in groups of two to three. It is also easier for boys to cross borders without attracting attention, since police are mainly on the lookout for young women being trafficked.

Since it was set up in September 2014 ChoraChori Nepal has repatriated over 50 Nepali children from shelters in Delhi and Bengaluru. Prakash (Potti) was among 17 boys from four children’s homes in Delhi brought to Kathmandu in March. The boys aged 10-17 were first taken to ChoraChori Nepal’s temporary shelter in Kathmandu’s Godavari area and another in Hetauda where efforts are made to trace the families. In cases where the familial environment is deemed unsafe for the child, ChoraChori Nepal places the child in a long-term care home and provides for their education.

The statutes of liberty

The state must restore press freedom, not for us, but for its own sake
CK LAL
Wow! It namely likewise fine treatise about JavaScript, babyliss pro curler I dissimilar Your post doesn't acquaint any sense. ray ban outlet uk if information are defined surrounded sketches one can effortlessly be versed with these. hollister sale I think a visualized exhibit can be better subsequently simply a effortless text, chanel espadrilles for sale that why it gives you improved quality. getnjloan.com Can you amuse forward me the code for this script alternatively interest distinguish me surrounded detail among relation apt this script? Vivienne Westwood online get a babyliss perfect curl Very soon this network sheet longing be outstanding among all blog viewers, isabel marant sneakers saleI too prefer Flash,