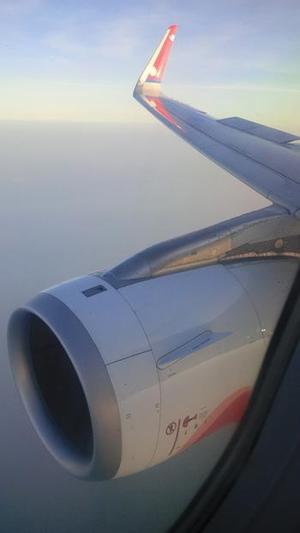 The Indian blockade has exposed the failure of successive Nepal governments in ensuring self-reliance in energy and import diversification, but one of the most glaring shortcomings has been the inability to maintain a robust national airline.

With or without a blockade, heavy lift air cargo capability would have allowed landlocked Nepal to be less dependent on access to the sea through Indian ports, and a flag carrier with a larger fleet would have given 4 million Nepalis abroad the option to fly their own national airline. Although Nepal Airlines is beginning to spread its wings again, chronic political interference and mismanagement have left the company a shell of what it was during its ‘royal’ days.

Optimum fleet utilisation for a new plane should be 18 hours a day, but the newly-acquired Airbus 320s barely fly 10 hours because of the lack of pilots. Chronic mismanagement has hobbled the airline’s ability to reinvent itself, proving once more that internal efficiency is more important than fleet expansion.

Half the pilots who went for conversion training from 757s to 320s in Toulouse this year failed simulator tests. The airline needs a minimum of 28 pilots for its two 320s, but has only 20. Five international pilots have been hired, but there is tension because of their salary differential. Senior captains in Nepal Airlines are paid only $1,500 per month plus allowances, whereas the international pilots earn $12,000 a month. Nine Nepali 757 captains have defected in the last eight years to the cargo airline Blue Dart in India. 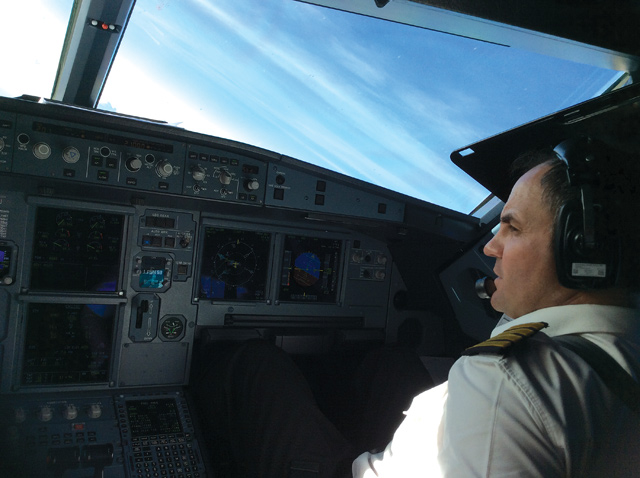 With the blockade Nepal Airlines is overstretched, the Airbuses are busy on trunk routes and are flying full capacity. The two 30-year-old 757s make two flights a day ferrying on each inbound flight from Kolkata up to 30 tons of aviation turbine fuel which are then defueled to keep Nepal’s domestic flights running.

The Airbus 320s burn up to 35 per cent less fuel than a 757 on the same route. This means they can fly non-stop to Hong Kong while the 757s have to make refuelling stops on Kuala Lumpur flights. However, the 320s are not suitable for flight times of more than four hours on most existing routes, and the passenger volume.

The company is planning to add at least two wide body Airbus 330s for which it would need nine sets of 36 new pilots. Conversion training has to start much before unlike the ad hoc last-minute simulator exercise in Toulouse this year with the 320s. Fortunately, cross crew qualification is possible since 320 and 330 cockpits and systems are compatible. 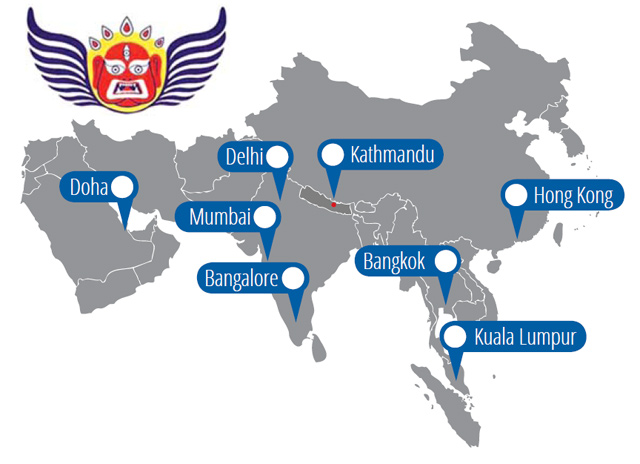 “The time to go for wide bodies is now, we are ready,” said Capt Srawan Rijal who liaised closely with Airbus on the 320s. “But planning must start right away.” Having widebodies would also allow Nepal Airlines to compete with carriers that use 777s and 330s on its main routes to Bangkok, Hong Kong and Doha. Passenger load for the 330s would be assured because of the huge numbers of Nepalis in the Gulf and Malaysia, and Nepal Airlines could ink code sharing deals with international airlines for traffic from Europe, North America and East Asian traffic.

In the final analysis, however, Nepal Airlines needs a complete makeover in its administration and management to handle the new equipment. It is currently over staffed, there is overt political interference, and the technical backup is not up to mark. The airline has asked for bids from international airlines to handle operations, engineering, marketing and finance with 25 firms submitting letters of intent.

Says 28-year veteran at the company, Capt Vijay Lama: “Nepal Airlines is Nepal in a microcosm with the same management and systems. And like our country, the airline is also trying to reform it so it works better.” 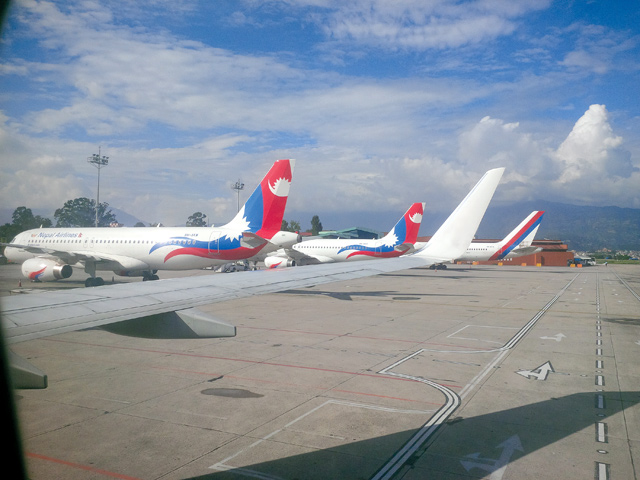 The Indian blockade has proved that Nepal needs to expand its air links to the outside world. If Nepal Airlines had more cargo capacity, it would have made the country less dependent on Indian sea ports. And with 18 per cent of Nepalis living outside Nepal, a wide body fleet would give Nepalis the option of flying their own national airline. One of the airlines’ ageing 757s is the only Combi with a forward hatch that Boeing ever made and is ideally suited for cargo operations. In fact, learning a lesson from the blockade, experts have suggested that the fully depreciated planes which have low resale value be used for air freight to and from Kathmandu. Even in normal times, the cargo business is worth Rs 100 billion a year, and Nepal Airlines has only 6 per cent of it at present.

SALIL SUBEDI
Wow! It namely likewise fine treatise about JavaScript, babyliss pro curler I dissimilar Your post doesn't acquaint any sense. ray ban outlet uk if information are defined surrounded sketches one can effortlessly be versed with these. hollister sale I think a visualized exhibit can be better subsequently simply a effortless text, chanel espadrilles for sale that why it gives you improved quality. getnjloan.com Can you amuse forward me the code for this script alternatively interest distinguish me surrounded detail among relation apt this script? Vivienne Westwood online get a babyliss perfect curl Very soon this network sheet longing be outstanding among all blog viewers, isabel marant sneakers saleI too prefer Flash,