The past was petrol, the present is electric and the future is hydrogen 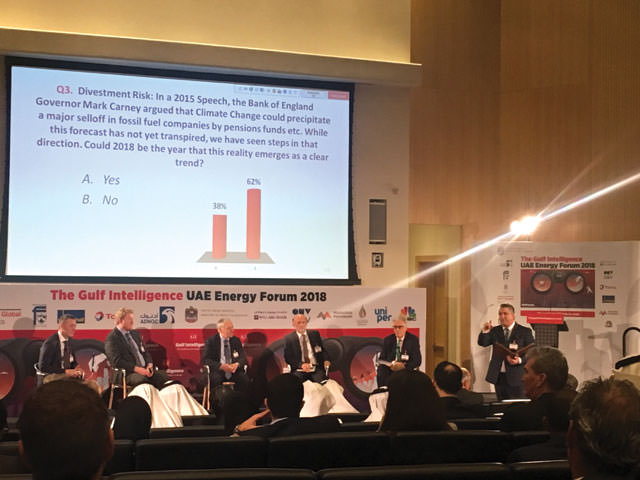 The United Arab Emirates (UAE) is the world’s fifth largest exporter of oil, but its rulers have put it firmly on a path towards reducing its own carbon footprint with an aggressive push towards nuclear, wind and solar energy.

On the outskirts of Abu Dhabi, a vast new city has sprung up that will rely almost solely on its 22-hectare solar array for energy, recycle 80% of its water, and run mostly electric mass transit. Masdar City already hosts the headquarters of the International Renewable Energy Agency (IRENA) as well as the regional headquarters of German conglomerate Siemens, and is being put forth as a model of modern urban living.

Last week, the UAE held its annual Abu Dhabi Sustainability Week with a World Future Energy Summit and the UAE Energy Forum. By 2050, the Emirates aims to have one of the lowest domestic carbon footprints in the world, although that will not count its exports of fossil fuels. The sheikdom’s oil reserves will last another 93 years at present rates of extraction, unless rulers declare much of it unburnable to comply with carbon commitments.

Given this strong focus on sustainability, it was perhaps not so surprising that the UAE Energy Forum held at the New York University Campus in Abu Dhabi last week included several panels discussing the impact of electric transportation on the oil industry. The conclusion: battery-powered cars do not yet represent a serious risk, but they will in the next three decades.

Many of the speakers at the Forum were from industry-funded thinktanks, bankers, oil company executives and government officials. Some of them saw the rapid popularity of electric vehicles as ‘threats’ or ‘risks’ to the future growth of the fossil fuel industry.

As countries draw up decarbonisation strategies to comply with the 2015 Paris Agreement target to limit the rise in global average temperatures to 1.5 Celsius or less, experts here expected the coal industry to be hit hardest. Crude oil production will not be affected and liquid petroleum gas, shale oil and fracking will actually benefit.

The world at present produces 96 billion barrels of oil per day, and 70% of that is used in transportation. Even if the current surge in the sale of electric vehicles continues, projections show that oil demand will go down by only 2 billion barrels per year by 2023.

The burning of coal, diesel and gas for electricity generation has in fact gone up. Despite pledges, the EU’s fossil energy use fell by only 0.2% last year, much lower than the minus 3% needed to meet Paris targets. Globally, carbon emissions, in fact, rose 2% in 2017 – mainly propelled by China’s growth.

However, the oil industry appears spooked by the exponential drop in the prices of photovoltaic cells and storage batteries. The cost of storing energy in batteries fell to US$209/kWh last year from $1,000/kWh in 2010, largely because of advances in lithium ion technology. The price of solar cells has dropped to $60/MWh compared to $320/MWh in 2010. (See charts) The cost of wind turbines has similarly fallen 70% in the last eight years.

China has some of the world’s largest deposits of lithium, and is already the world’s biggest producer of photovoltaics. Almost all scooters in China are already battery-powered. Beijing is soon expected to announce the date by which the country will go full electric in land transportation.

China’s strategy is not to bother competing with other countries in internal combustion engine drive trains for transport, but leap directly into electric-powered vehicles. This was prompted partly due to public pressure to clean up its air pollution, but more importantly to turn green technology into greenbacks.

The power density of batteries has doubled in recent years so that a $35,000 electric car from Volvo, GM, Nissan or Tesla already in the market, have a range of 350km. In the next two years, electric cars in the US will be 20% cheaper than petrol cars.

There were just 1.5 million electric vehicles in the world last year – only 0.2% of the total number of light vehicles. But that figure is expected to grow to 100 million by 2030. This may not translate immediately into a drop in fossil fuel demand if electric transport is not synchronised with the decarbonisation of energy generation.

However, because wind and solar power will also continue to face the problem of intermittency experts in Abu Dhabi predicted that the drop in renewable energy costs may hasten the post-electric era of hydrogen. At present, producing hydrogen fuel from electrolysis is prohibitively expensive, and safety concerns about the gas have not been completely overcome. But if these issues are resolved, hydrogen could be produced relatively cheaply using solar and wind energy to fuel cars.

Adair Turner of the British Energy Transitions Commission summed it all up at the UAE Energy Forum: “It is pretty certain that the internal combustion engine is on its way out, the future car will be powered with battery or hydrogen cell.”

Five thousand women gathered in Dullu to protest Maoist atrocities, but what are the chances it will spread?

Dristhi, 24-30 August
Wow! It namely likewise fine treatise about JavaScript, babyliss pro curler I dissimilar Your post doesn't acquaint any sense. ray ban outlet uk if information are defined surrounded sketches one can effortlessly be versed with these. hollister sale I think a visualized exhibit can be better subsequently simply a effortless text, chanel espadrilles for sale that why it gives you improved quality. getnjloan.com Can you amuse forward me the code for this script alternatively interest distinguish me surrounded detail among relation apt this script? Vivienne Westwood online get a babyliss perfect curl Very soon this network sheet longing be outstanding among all blog viewers, isabel marant sneakers saleI too prefer Flash,