Cairn may give up on Nepal

The Scottish company is running out of patience with a country where it has been unable to start drilling due to political instability
Mark Williamson In Edinburgh, 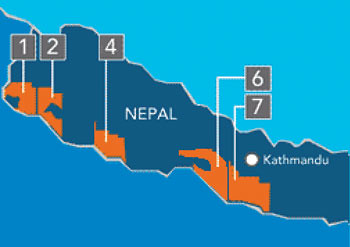 The Scottish exploration firm that found a billion barrels of oil in India has indicated it may give up on Nepal without a big improvement in the situation in the country. Nine years after Cairn was awarded licences covering a swathe of southern Nepal, the company appears to be running out of patience with a country where it has been unable to start drilling amid continuing political instability.

“It’s just unfortunate, we haven’t been able to make progress,” Chief Executive Simon Thomson told Nepali Times in Edinburgh on Tuesday. He made it clear that long-running talks between Cairn and successive governments in Kathmandu have done nothing to persuade the company that it will be safe to risk millions of dollars that it would cost to drill wells in Nepal.

“Despite having established a big plan and presented our credentials, it’s been impossible to move forward,” Thomson said, “the reason we were there in Nepal in the first place still remains. Whether we will be able to make progress is a different matter.”

The comments reflect frustration among insiders at Cairn about the obstacles the company has faced in a country where it had high hopes of making a big oil and gas find. Nepal contains the kind of under-explored territory on which Cairn believes it has an edge over giants like Shell.

The company made a series of bumper finds in Rajasthan state in India from 2004, while under the leadership of former Scottish rugby international Sir Bill Gammell. These propelled Cairn into the big time. But since selling a controlling stake in its Indian subsidiary to Vedanta Resources for $5.4bn in 2011, Cairn’s focus has shifted away from South Asia.

The Scottish company has amassed a big portfolio of lower risk assets in its backyard in the North Sea. It has also acquired frontier exploration interests in areas ranging from the freezing waters off Greenland to the tourist playgrounds of Spain and Malta. On Tuesday Cairn said it is acquiring stakes in three blocks of Senegal in West Africa.

Even if Cairn decides to persevere in Nepal it could be months before it has gathered enough information to decide where to drill. It would take years to bring any find into production. Cairn made the giant Mangala find in Rajasthan in 2004, seven years after it started work in the state. Production from the field began in August 2009.

The company was awarded 100 per cent stake in five licences in Nepal’s Tarai region in August 2004 on attractive terms. In August 2005, six months after former king Gyanendra seized political control, the company declared contractual force majeure, suspending its work commitments in view of the security situation.

Mark Williamson is a Business Correspondent for The Herald, Scotland.

Hydro Solutions in US JV 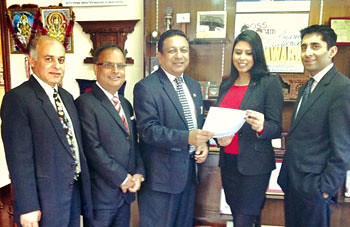 Chicago-based renewable energy company, New Generation Power, this week signed an MoU with Nepal’s Hydro Solutions to cooperate in exploiting up to 400MW of hydroelectric projects in Nepal.

New Generation Power is represented in Nepal by New York-based Nepal Infrastructure Consult (NIC) and will commission renewable energy projects in the country. It already has 3,000MW of projects in solar, biomass, wind, hydro, waste to energy, and geo-thermal in various parts of the world.

Hydro Solutions is a rapidly expanding hydropower company that works in identification and development including project engineering for energy infrastructure in Nepal. The company is involved in the development of projects with a cumulative capacity of over 500MW in Nepal.

Time to replace the word 'tourist' with 'guest'
HANS HOFER

The war's not over yet

Bardiya children cope with the loss of missing relatives by drawing what they witnessed during the conflict
Wow! It namely likewise fine treatise about JavaScript, babyliss pro curler I dissimilar Your post doesn't acquaint any sense. ray ban outlet uk if information are defined surrounded sketches one can effortlessly be versed with these. hollister sale I think a visualized exhibit can be better subsequently simply a effortless text, chanel espadrilles for sale that why it gives you improved quality. getnjloan.com Can you amuse forward me the code for this script alternatively interest distinguish me surrounded detail among relation apt this script? Vivienne Westwood online get a babyliss perfect curl Very soon this network sheet longing be outstanding among all blog viewers, isabel marant sneakers saleI too prefer Flash,