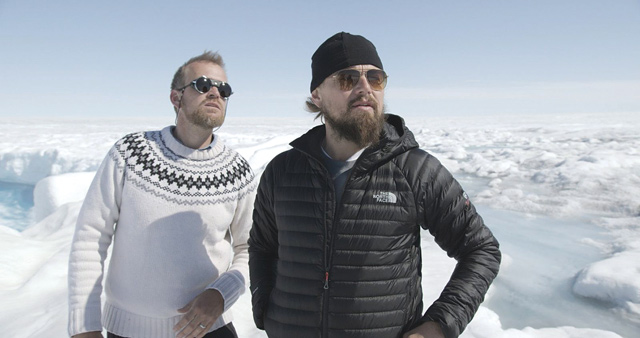 It’s that time of year again when the Kathmandu International Mountain Film Festival (KIMFF) will bring more than 80 films from 28 different countries to be screened for viewers who would otherwise never have the chance to see films that range from documentaries to features, short and long form, covering subjects that are multitudinous.

This year the festival will screen some very special films by extremely talented film-makers from Nepal and our neighbouring countries, opening with Deepak Rauniyar’s White Sun – a feature film about the aftermath of our civil war, Kesang Tseten’s Trembling Mountain – a documentary about a community in Langtang dealing with the catastrophic effects of the earthquake, and Vara: A Blessing – an unexpectedly voluptuous love story by the Bhutanese monk Khyentse Norbu, a renowned Tibetan Buddhist Rinpoche who also made The Cup (1999) and Travellers and Magicians (2003). Additionally, KIMFF is offering a free screening of Before The Flood (pic, above)a widely talked about documentary about climate change, the most urgent subject of our times.

All of the films at KIMFF are carefully selected by a hardworking panel, so you will not go wrong walking into any screening, but this year’s Mira, the 42 minute documentary about Mira Rai, the award winning Nepali trail runner, is particularly striking. Lloyd Belcher’s stunning visuals and his access to Mira’s confidences give us an intimate portrait of a young, impoverished girl from Bhojpur whose natural athletic talent might so easily have been lost in the backbreaking word required by village life. Mira’s courage, fortitude, and sheer strength of will has made her one of the top trail runners in the world, and the film’s sweeping drone-filmed visuals will give you a feeling of empathic elation along with a lump in your throat as you see this slight, tough, young woman crossing the finish line holding the Nepali flag high in the air.

With Paradise Melting a 35 minute documentary by Umar Majid Ali, you have what KIMFF does best, a story about the mountains that surround us, the beauty and danger intrinsic and inherent in climbing them, and the terrible cost of global warming on the eco-systems and communities that live in and under the shadow of the Karakoram mountains and glaciers.

KIMFF has always astonished me with the range of intimate documentaries it offers, giving us glimpses into the lives of people we would otherwise never know, and so it does with Saving People’s Hearts a 54 minute documentary by the Kazakh Ondasyn Tastanov that follows Dr. Yuriy Vladimirovich Pya, a surgeon who specialises in heart transplants and has performed 24,846 heart operations since 2011,changing the lives of the people who believed they never stood a chance.

Schmoozing with the blues

Kathmandu may be cooler than Colombo, but Sri Lankans are warmer to visitors
RABI THAPA

Anuradha Koirala talks about being chosen as one of the top ten CNN heroes and her work in fighting trafficking. She has since been declared the CNN Hero of the Year 2010.

There was good reason to bar Michelle Obama from visiting Kamathipura, but it wasn't just security concerns
PAMELA SCIANTARELLI and EUGENIA GABELIA
Wow! It namely likewise fine treatise about JavaScript, babyliss pro curler I dissimilar Your post doesn't acquaint any sense. ray ban outlet uk if information are defined surrounded sketches one can effortlessly be versed with these. hollister sale I think a visualized exhibit can be better subsequently simply a effortless text, chanel espadrilles for sale that why it gives you improved quality. getnjloan.com Can you amuse forward me the code for this script alternatively interest distinguish me surrounded detail among relation apt this script? Vivienne Westwood online get a babyliss perfect curl Very soon this network sheet longing be outstanding among all blog viewers, isabel marant sneakers saleI too prefer Flash,