Sujit Acharya of the Energy Development Council on how our energy policy failure led to the current blockade, and how to plan for the future 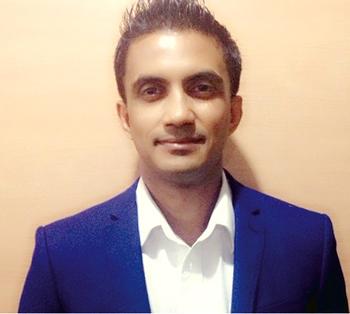 Sujit Acharya of the Energy Development Council spoke to Nepali Times about how our energy policy failure led to the current blockade, and how to plan for the future.

Nepali Times: What is your view on the fuel crisis caused by the Indian blockade?

Sujit Acharya: I do not understand why we Nepalis are angry at India for trying to impose their will on us. We need to stop blaming others and ask what have we done to be self-reliant. Slogans won’t do that for us. Nationalism is strengthened by doing real constructive work and not waging street protests. It is tragic, the total failure of what is called the Government of Nepal to move the country towards economic and political independence. And I am deeply disappointed in the bureaucracy of Nepal that has driven our country into the bottom rung of nations with their managerial and executional inabilities.

What should be our priority?

To reduce our dependence on imported petroleum products. We spend 40 per cent of  our annual budget and 53 per cent of our foreign currency buying petroleum products from outside. Nepal’s petrol and diesel imports went up by 14 per cent this year and the Customs Department stated vehicle imports went up sharply by more than 20 per cent. This means that we are almost fully dependent on outsiders to go about our daily lives, and more dependence on the outside means they will try to foist their policies on us which may not suit our national interest. And if we do not agree, they could try to impose their will upon us just as it is happening now with the unofficial blockade.

How is the Government of Nepal to be blamed?

Had you been riding an electric motorcycle, electric car or  an electric bus, we would not be facing problems today. Had we allowed our electricity generation projects to be developed, would we care about cooking gas shortages? Instead of exempting electric vehicles and electric cooking stoves from taxes, the Ministry of Finance does exactly the opposite. Instead of building a nationwide electric vehicle charging station network, the finance ministry touts a deal to build a petroleum pipeline to import more petroleum products from India. The Ministry of Energy has also failed to fulfill domestic energy demand. And then there is the Parliamentary Committee on Natural Resources which has wasted its time in useless microcosmic debates on contractual irregularities instead of a macrolevel one on drafting a much needed Energy Act that ensures long term energy security. It boggles the mind why common sense hasn’t prevailed.

But how is it possible to run the country without any petroleum products?

It is entirely possible. Instead of importing petrol or diesel based motor vehicles move to  electric with favourable fiscal incentives. The world in the next 20 years is going to be running mainly on electric vehicles and electricity based infrastructure. So first we must convert our petrol pumps into electric charging pumps nationwide in a strategic manner. Estonia did that in four years. Bhutan will be running only on electric cars by the year 2020. Cooking stoves can run on clean electrical induction stoves. This is not a distant pipe dream, it can be done in five years.

What does the government need to do?

Convert transport and cooking infrastructure from petroleum towards domestically generated electricity. The Ministry of Finance needs to waive off all duties and taxes on imported electric vehicles and electric cooking stoves and provide even more facilities for such that will be assembled inside Nepal. It needs to waive off all taxes on  energy projects for domestic consumption as it will power the entire electric cooking and transport infrastructure. The Nepal Army should be appointed sole contractor for all transmission lines, since everyone else has failed. Waive off Environmental Impact Assessment for all projects up to 200 MW to ensure more rapid generation. This needs the Ministry of Forest to sign land lease and tree cutting agreement within 90 days of developers submitting applications that commit them to planting two trees for every one that is cut. All solar projects above 1 MW that can be brought into the national grid within 1 year to get a power purchase rate of Rs 20 per unit for 30 years with complete waiver of all clearances. And finally suspension of citizenship and electricity connection to any person, community or party that creates any kind of disturbances for whatever reasons at the site areas of electricity projects.

The bottom line is this: Nepal can never ever become economically independent without developing a renewable energy economy.

If you are at Kala Pattar next week, drop in on the worlds highest charity rock concert

Next time you chomp on a buff momo...

It is morally wrong to torture fellow creatures, to do so in the name of religion is a sin
TIRTHA B SHRESTHA
Wow! It namely likewise fine treatise about JavaScript, babyliss pro curler I dissimilar Your post doesn't acquaint any sense. ray ban outlet uk if information are defined surrounded sketches one can effortlessly be versed with these. hollister sale I think a visualized exhibit can be better subsequently simply a effortless text, chanel espadrilles for sale that why it gives you improved quality. getnjloan.com Can you amuse forward me the code for this script alternatively interest distinguish me surrounded detail among relation apt this script? Vivienne Westwood online get a babyliss perfect curl Very soon this network sheet longing be outstanding among all blog viewers, isabel marant sneakers saleI too prefer Flash,