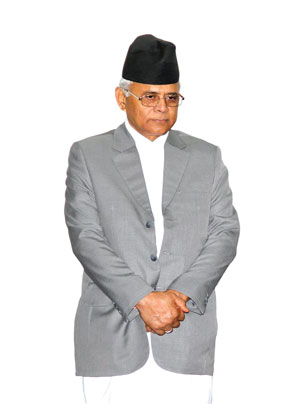 Chief Justice Ram Kumar Prasad Shah is retiring on 6 July, and he is being replaced by Supreme Court’s senior most Justice Kalyan Shrestha.

But Shah looks like a man in a hurry. After acquitting fake doctor Yeshe Lama from Humla who had embezzled $1 million from an American charity earlier this year, he is now embroiled in a scam to purchase computer equipment in violation of the Public Procurement Act 2007, and hiring employees on two-year contract against the SC’s own recruitment process.

But the ITC rejected the IEC’s lowest-price bid and accepted another proposal by World Distribution Nepal (WDN), which quoted much higher price of Rs 71,400 per piece (excluding VAT).

The ITC had to pay Rs 4.38 million more to purchase 475 desktop computers from the WDN. The IEC moved the court, arguing the ITC violated the article 47 (6) of the act, which says the lowest bidder’s proposal should be accepted. But the SC quashed the IEC’s petition, dubbing it ‘baseless’ on 5 May.

Article 25 (3) of the same act stipulates that the price at which goods are procured should not be 15 per cent higher than the lowest bidder’s proposal. But the ITC cunningly disqualified the IEC and other low-price bidders by adding a line in its tender notice: ‘data security and chassis intelligent management tool’.

Computers of all brands with ‘operating system windows -8.1% have this tool but ‘chassis intelligent management tool’ is mentioned only in Dell computers, and the WDN supplies Dells.

Observers close to the investigation say the tender was tailor made only for Dell. The Act says particular details, signs and words cannot be mentioned in tender notices to make only a few bidders eligible without justifying the reasons. 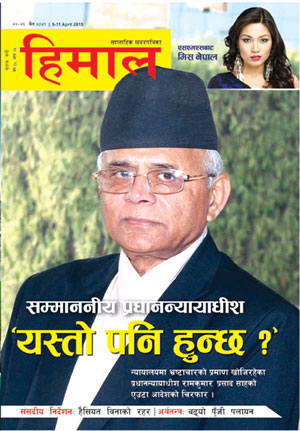 Shah also seems desperate to hire 75 employees, including information technology director, managers and maintenance officers, on two-year contracts before his exit. On 21 April, the SC published a vacancy notice and 472 candidates submitted their applications.

The SC follows a long process of written exam, interview and technical exam to hire contract employees. But this time, the SC short-listed 279 applicants for interview without taking their written exam. Several associations of the SC employees say the recruitment process was cut short to hire specific people before Shah’s retirement.

Interestingly, the ITC’s System Network Administrator Bishwas Khatiwada, who is a member of the SC’s recruitment committee, is among the short-listed 279 applicants and is ready to be interviewed for the post of manager. Interestingly, the ITC had purchased desktop computers from the WDN based on an evaluation report prepared by Khatiwada.

Getting away with (almost) anything

An even more fateful year

Sometimes, instinctive rather than analytical readings point the way ahead
CK LAL

Horse before the cart

Interview with Pushpa Kamal Dahal, CPN-M chairman, in Nepal, 8 April
Wow! It namely likewise fine treatise about JavaScript, babyliss pro curler I dissimilar Your post doesn't acquaint any sense. ray ban outlet uk if information are defined surrounded sketches one can effortlessly be versed with these. hollister sale I think a visualized exhibit can be better subsequently simply a effortless text, chanel espadrilles for sale that why it gives you improved quality. getnjloan.com Can you amuse forward me the code for this script alternatively interest distinguish me surrounded detail among relation apt this script? Vivienne Westwood online get a babyliss perfect curl Very soon this network sheet longing be outstanding among all blog viewers, isabel marant sneakers saleI too prefer Flash,