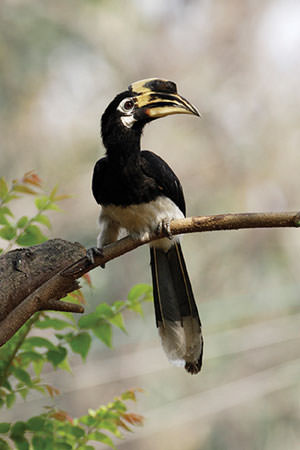 Last month, the census of birds in various nature sanctuaries around Nepal showed that the number of indigenous and migratory birds found in the country are steadily declining.

Ornithologists say the main reasons are habitat destruction, use of agro-chemicals, depleted fish in rivers and lakes as well as hunting along migratory routes. Even so, there are more than 884 species of birds in Nepal, with 527 of them in the Kosi Tappu Nature reserve along the Kosi River in eastern Nepal.

Counting bird species and their total numbers every year in Nepal started in 1987 simultaneously with other parts of Asia under the initiative of Wetlands International. The idea was to carry out the census all together across the region during the winter migration period so that there is no double counting.

“Counting the birds at one go all over the world is more accurate,” explains Nepal’s foremost ornithologist and coordinator of Wetlands International Nepal Hem Sagar Baral.

This year’s census was carried out from 6-22 January across Nepal’s wetlands and national parks. Preliminary results show a decline in not just the total number of water birds, but also the species count for water birds.

However, it is not easy to count birds flying all the way from Siberia to Kosi Tappu and other national parks in Nepal. There were 300 volunteer birders in ten groups who fanned out across the Kosi banks, and they later went to the 55 protected water bodies and wetlands across Nepal. The enumerators don’t just count birds but also collect information in areas where there is illegal hunting and habitat destruction.

“Kosi Tappu is really special because nowhere else in Nepal do you see such a large variety of birds in such a small place,” says bird enumerator Samjhana Karki from Barachetra. Among the 50 species of birds she spotted, most were water fowls with the Brahminy (ruddy sheldduck) being most numerous.

The numbers of Brahminy ducks were down from last year, but this year the birders spotted the Greater White Fronted Goose for the first time in 17 years in Kosi Tappu.

Says Baral: “The reason for the declining number is mostly human encroachment into wetlands and river banks. If this trend continues, the birds from Siberia will just fly on to India without stopping here.”

Tourist lodges and eco-tourism entrepreneurs in Kosi Tappu are worried that the proliferation of livestock, use of pesticides in fields, and the decline in fish in the river will lead to further declines in the bird population.

Says bird researcher and tourism entrepreneur Badri Chaudhary: “We need to make sure that the birds are undisturbed, we can dig wallows so the buffalos don’t go into the river.”

Another government squabble stalls study of melting Himalayan glaciers
NAVIN SINGH KHADKA
Wow! It namely likewise fine treatise about JavaScript, babyliss pro curler I dissimilar Your post doesn't acquaint any sense. ray ban outlet uk if information are defined surrounded sketches one can effortlessly be versed with these. hollister sale I think a visualized exhibit can be better subsequently simply a effortless text, chanel espadrilles for sale that why it gives you improved quality. getnjloan.com Can you amuse forward me the code for this script alternatively interest distinguish me surrounded detail among relation apt this script? Vivienne Westwood online get a babyliss perfect curl Very soon this network sheet longing be outstanding among all blog viewers, isabel marant sneakers saleI too prefer Flash,