Just because an elected government displays unaccountability, it doesn’t mean that all the authority to prosecute alleged thieves is handed over to an unelected entity like the CIAA 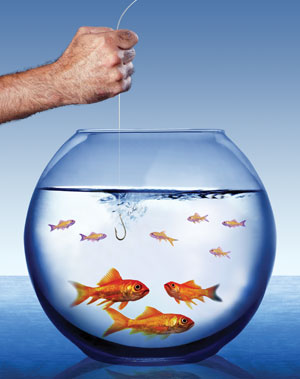 When faced with a crisis, the Nepali polity has the tendency to prescribe a medicine that is worse than the disease. That is the case with the unfortunately acronymed CIAA, the Commission for the Investigation of the Abuse of Authority. After it was set up in 1977, it has tried to fulfill a check and balance role, from the absolute monarchy days when decision-making was centralised at the royal palace to the post-1990 era of absolute anarchy when corruption was itself ‘democratised’.

But it was after the appointment two years ago of current chief commissioner Lok Man Singh Karki that the CIAA has aggressively investigated and prosecuted those allegedly involved in graft. With corruption, lack of transparency, extortion and abuse of power endemic in the current phase of our political transition, many had hoped that the anti-corruption watchdog could clean things up. At a time when politics is criminalised and hard-core crooks of every hue openly enjoy political protection, no one expects Nepal to be 100 per cent corruption-free overnight. But the expectation was that with a strongman at the CIAA, governance and service delivery would improve.

But the questionable choice and non-transparent circumstances under which Karki was brought in out of nowhere raised eyebrows. He was Chief Secretary during the brutal crackdown on pro-democracy protestors in last days of the royal regime in 2006. But a bigger irony is that Karki is heading an agency that had itself investigated him for abuse of authority in the past. Since then, we have seen the CIAA involved in hooking small fish, indulging in petty vendetta, witch-hunts and psychological blackmail. Like the Panchayat-era Janch Bujh Kendra, the CIAA has overstepped its mandate and become a law onto itself. Just because an elected government displays unaccountability, it doesn’t mean that we hand over the entire authority to prosecute alleged thieves to an unelected entity.

In parliament’s Public Finance Committee last week, CA member Sher Bahadur Tamang asked: “Who will watch the watchdog?” The last straw seems to have been the CIAA’s directive to scrap the license for the World Bank-funded 36.7 MW Kabeli A hydropower project in eastern Nepal. The decision appears to have been taken because there was a delay in financial closure caused more by bureaucratic delays than abuse of authority.

Indeed, the CIAA has been acting almost like a parallel government, cancelling contracts, hauling up entrepreneurs, cancelling appointments and poking its nose into internal civil service matters. In the past months, the CIAA has cancelled the license for 10 hydropower projects. While some of these were schemes that dubious investors were sitting on hoping to cash in big time, others were genuine projects that had been delayed because of red-tape, local opposition or kickback demands from government ministries. The CIAA, instead of investigating malfeasance, punished sincere investors in the energy sector at a time when the country is reeling under crippling power cuts. At a time when investor confidence is improving, the CIAA action threatens to dampen it again.

Aside from the CIAA’s willful abuse of its own authority, the agency also needs to clean up its operating procedures. Currently, if anyone has a gripe against anyone, is motivated by jealousy, wants to bring down a rival company that legitimately won a contract, all they have to do is draft a complaint to the CIAA. An investigation then begins which publicly pronounces a person guilty until proven innocent, and puts multi-million dollar projects on hold as has happened with the ADB and JICA-funded Tanahu Project.

“I will put the CIAA on you” has become a potent threat that has paralysed decision-making in the bureaucracy and the administration. The buck stops at Baluwatar. Karki is powerful because we have a weak and feckless prime minister who can’t even nominate the six remaining commissioners to the CIAA. Finance Minister Ram Sharan Mahat told the parliament committee that the CIAA was “sabotaging the investment climate”. If so, he should get his boss to rein Karki in.

Afraid of catching the big fish

Why not Lokman?, From the Nepali Press

CIAA under threat, From the Nepali Press

It is the mediocrity of the middle-class that feeds the Maoist insurgency in Nepal.
CK LAL

We wanna go to America

Hundreds of Nepali women are waiting to join their husbands in the United States. The humiliation of visa procedures has made many of them give up hopes of a normal married life.
DURGA POKHAREL

Why did the ILO national office do this in English?
KANAK MANI DIXIT

The experience of a group of former kamaiyas, out of bonded labour for over a decade, indicates the difficult road ahead for those recently freed by a government edict.
HEMLATA RAI
Wow! It namely likewise fine treatise about JavaScript, babyliss pro curler I dissimilar Your post doesn't acquaint any sense. ray ban outlet uk if information are defined surrounded sketches one can effortlessly be versed with these. hollister sale I think a visualized exhibit can be better subsequently simply a effortless text, chanel espadrilles for sale that why it gives you improved quality. getnjloan.com Can you amuse forward me the code for this script alternatively interest distinguish me surrounded detail among relation apt this script? Vivienne Westwood online get a babyliss perfect curl Very soon this network sheet longing be outstanding among all blog viewers, isabel marant sneakers saleI too prefer Flash,