Made to jump through hoops

Instead of making things easier for earthquake survivors, the government machinery is structured to make it as hard as possible to get help. 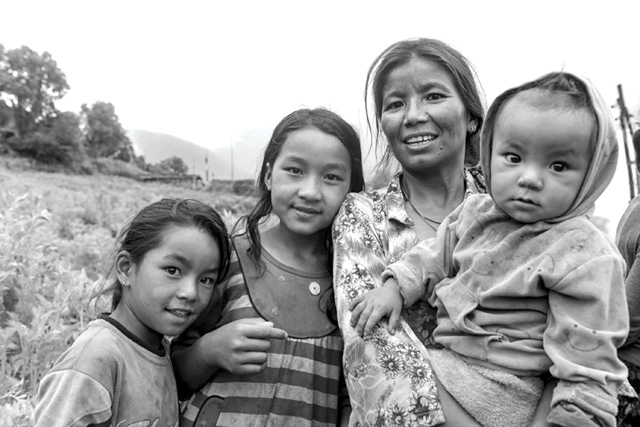 This was never a government that could multi-task. Fixated on finishing the constitution, it couldn’t even begin thinking about kick-starting rural development by organising local elections. The political leadership in the past eight years has been so preoccupied with getting to power and staying there, that it had no time to pay attention to the economy, investment and jobs. The most glaring examples of government neglect are in hydropower where the state has neither been able to add megawatts nor encourage others to do so. Ditto for agriculture which has been left to fend for itself with enormous long-term consequences for food security and the economy.

The constitution itself was delayed since 2008 because of endless power struggles in Kathmandu. Now, three months on after the earthquake and one month after the International Conference on Nepal’s Reconstruction, attention has shifted to getting a constitution over and done with. The reason for the rush is that the top four parties are in a hurry to get into government so (we presume) they can have their hands in the honeypot of the reconstruction budget.

A glance at the four main Nepali language broadsheet dailies on Wednesday proves that earthquake relief has dropped off the radar: none of them had any reporting on the relief work even in the inside pages. The government’s apathy is reflected in the mainstream press, and vice-versa.

Hundreds of thousands of people will require emergency food aid, medical attention and cash to rebuild in the coming months. All the government gives them now is assurances. The message seems to be: “Don’t bother us, we have to get the constitution done.”

To be sure, some of the problems with fair, equitable and timely delivery of earthquake aid stem from the lack of political accountability that can only be fixed with a constitution that guarantees an all-encompassing and compassionate state. There is a structural problem with governance, as proven by the continued plight of the survivors of past floods on the Kosi and in Surkhet, and in the Jure landslide.

None of this is new, as we find out from Sharad Ghimire and Tom Robertson the government’s response to the disastrous floods in 1954 was so shockingly inadequate that an American assessment team reported that the Nepal government then was ‘lost’ and there was an ‘almost total lack of local governmental mechanisms to administer relief’.

Those of us who had hoped against hope that the earthquake would bring about a new energy and speed to governance and force officials to be more responsible and responsive have been let down. Right across the 15 districts affected by the quake, there is a sense that it is getting back to business as usual.

Reports from the field suggest that three months after the government announced a meagre Rs 15,000 cash grant for people to build shelters, more than half the affected families haven’t even got that money. The politically connected, those living along highways or in the district capitals, the educated have got their money, but many of those traditionally excluded and living higher up have been left out as they have always been. In the absence of elected local councils, the central state mechanism is just not geared to reach nooks and crannies, the poor are often excluded because they are intimidated by the bureaucratic maze and paperwork. They just don’t know how to work the system.

A month after the aid conference concluded with much fanfare pledges worth $4.4 billion, the Rehabilitation Authority has still not been set up. The National Planning Commission (NPC) finished its job of completing a needs assessment report and recommending the independent reconstruction agency in order to reassure donors, but things haven’t moved after that. We hear from inside sources that everyone is waiting for the constitution to pave the way for a new government of national unity. By then it may be too late for many.

In its absence of a rehabilitation agency, there is much confusion about rebuilding grants. The Home Ministry, Ministry of Finance, the NPC and the Ministry of Local Development all have different takes on the proposed Rs 200,000. Will the Rs 15,000 emergency help be deducted from it? What if families have already rebuilt their homes? Will they still get the grant? How is it going to be disbursed and what documentation is required? Some district administrators have been warning volunteer groups not to rebuild any homes without their permission, otherwise, the families will not get their reconstruction grants.

A government is supposed to be there to help, not hinder. The state is supposed to protect, not torment. The administrative machinery should be geared to make things easier for earthquake survivors, not force an already beleaguered people to jump through hoops.

The kings lack of trust in the parties lies at the crux of the standoff
KANAK MANI DIXIT
Wow! It namely likewise fine treatise about JavaScript, babyliss pro curler I dissimilar Your post doesn't acquaint any sense. ray ban outlet uk if information are defined surrounded sketches one can effortlessly be versed with these. hollister sale I think a visualized exhibit can be better subsequently simply a effortless text, chanel espadrilles for sale that why it gives you improved quality. getnjloan.com Can you amuse forward me the code for this script alternatively interest distinguish me surrounded detail among relation apt this script? Vivienne Westwood online get a babyliss perfect curl Very soon this network sheet longing be outstanding among all blog viewers, isabel marant sneakers saleI too prefer Flash,