Until it is possible to create jobs for them at home, make it as easy as possible for Nepali migrant workers to earn more overseas. 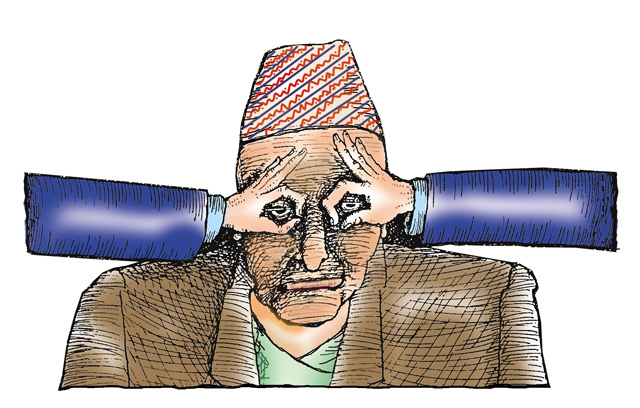 It is by now a fairly well-established fact that the remittances Nepali migrant workers abroad send home prop up Nepal’s economy, and very likely saved it from collapse during the five-month Indian blockade.

The annual $5 billion from overseas workers and another $2.5 billion from India help pay for Nepal’s imports, 60 per cent of which is petroleum products. We barter sweat for oil.

What is less well known empirically is that remittances have reduced Nepal’s poverty rate, and spurred development. In the past seven years, Nepal has improved its Multi-dimensional Poverty Index (MPI) from 65 per cent of the population to 44 per cent.

This has been achieved despite conflict, instability, corruption and greed, and remittances played a large part. We can only imagine just how much further ahead we would be if Nepal were better governed, and if we had been able to reap the peace dividend after the war ended ten years ago.

Remittances help pay for better health care, reducing the country’s maternal and infant mortality rates by more than half in the last decade. Most families pay for their children’s school fees from money sent home by relatives. There is therefore an indirect correlation between migration and health as well as literacy, and even in lowering Nepal's average fertility rate.

As elsewhere among labour-supplying countries, there are social downsides to labour migration and relocation. In an ideal world with statesmen for leaders, we would have a clear longterm strategy to wean Nepal away from being a remittance-driven economy. Attracting investors, and creating jobs through a concerted push to build infrastructure would keep young men at home while fostering economic growth and development.

Given the current instability such a strategy will take time to yield tangible results. What should do we do in the meantime? There is only one answer: make it as easy and as cheap as possible for Nepali migrant workers to leave for work, reduce the fees for official money transfers, crack down on bribery and exploitation of workers by recruiters and immigration officials, and maximise the earnings of overseas contract workers.

Unfortunately, the government’s zero-cost migration initiative has been sabotaged by recruiting agencies. Workers were still paying up to Rs 70,000 each to manpower agencies when they should be paying nominal fees. Exploitation of workers, breach of contract, abandonment of workers who are left stranded in Malaysia and the Gulf are as rife as ever. The earthquake offered a big opportunity for reconstruction money to be spent on creating jobs at home for overseas Nepalis, but that chance has been recklessly wasted.

As Sangita Thebe Limbu points out in this issue the proportion of unemployed graduates in Nepal is at an unusually high 26 per cent. That is one reason for the proliferation of education consultancies which specialise in sending young Nepalis overseas on student visas to work. Many other desperate graduates migrate to the Gulf or Malaysia where they do menial, low-paying, life-threatening jobs.

Our reportage on page 14-15 shows that one way to immediately boost the income of overseas contract workers as well as increase national remittance inflow is to impart skills to Nepali workers who would earn twice as much if they had some training in masonry, plumbing or as electricians before they go. Even those who join language classes and learn Arabic or English have better jobs and higher salaries.

A Swiss-supported project to provide vocational training to prospective Nepali workers was nearly shot down by the current Labour Minister reportedly because he said Nepal should try to keep workers at home. It is such short-sightedness that has resulted in Nepal not being able to tap the full potential of its migration economy. We need coherent medium and longterm strategies to maximise the benefits of current migration and create jobs at home. Governments may come and go, but a national policy on vocational training should have continuity well into the future.

The other way to channel remittance money directly into investment is to set up a Labour Bank, which would have deposits from migrant workers, topped up with government capital, to provide returnees with soft loans to start small- and medium-scale enterprises. That idea has come to a grinding halt in the Finance Ministry due to bureaucratic red tape. Nepal is not poor, just poorly governed. It is not that we don’t have good ideas on reaping the benefits of overseas labour migration, but we lack the capacity to implement them honestly and effectively.