An idea whose time has come

Adjusting Nepal Standard Time to UTC +6:30 would not just save energy, but also replace the unscientific 15 minute time difference with India 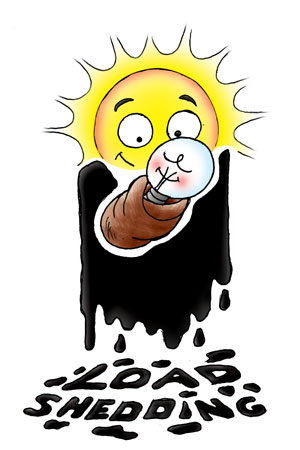 Nepal’s nationalism has always been so fickle that we feel the constant urge to re-assert the ways in which we are different from India. One of the most egregious examples of this used to be the 10 minute difference between Nepal Standard Time and Indian Standard Time. But even by our own xenophobic standards, that was so absurd it was replaced in 1971 – with a 15 minute time difference.

It is time to scrap this oddity once and for all, not just because it makes us the laughing stock of the world, but for persuasive practical and economic reasons. If Nepal Standard Time is pushed back by 45 minutes, it will be UTC +6:30, one hour ahead of Indian Standard Time. This will save daylight, allowing Nepal to considerably reduce peak hour electricity demand and adjust the unscientific and annoying 15 minute time difference with a neighbouring time zone which is a drag on trade and business.

There are two reasons to bring up the subject this week. First, the Nepal Electricity Authority (NEA) increased power cuts to 80 hours a week because it hasn’t rained for more than two months and the rivers are running low. There is every indication that the interim government will not be able to keep its promise of limiting load-shedding to below 12 hours a day this winter. Secondly, the Indian state of Assam announced recently that it would move ahead with a controversial plan to put its clock one hour ahead of IST in order to save daylight, reduce energy consumption, and probably to also assert its political autonomy. During British rule, India had two time zones: Calcutta Time and Bombay Time, which were half-an-hour GMT apart. This system was scrapped in 1947. Tea estates in Assam have a tradition of setting Bagaan Time (Tea Garden Time) one hour ahead of IST to save daylight working time.

The Assam time zone proposal is unlikely to go ahead because of the rigid and centralised bureaucracy in New Delhi. However, India is studying a proposal to advance IST by 30 minutes from the current UTC +5:30 to six hours ahead of GMT and save a whopping two billion kWh of electricity every year.

Nepal has also studied the introduction of Daylight Saving Time to delay sunset and sunrise by 1 hour and 15 minutes, reducing electricity demand in the evening peak hours in winter. Although it also means people will switch on lights in the mornings, there will be net savings. Daylight Saving Time could reduce the country’s electricity shortfall of 600MW this winter by up to 20MW and decrease powercuts by up to one hour.

Elsewhere in South Asia, efforts to enforce Daylight Saving Time have not gone well, confusing people, particularly in rural areas. This is why there is merit in the argument that Nepal should permanently set its clock ahead by 45 minutes to save daylight and round off the time difference with IST to a more acceptable one hour.

With no new major hydropower plants coming on stream in 2014, we will have to wait five more years for supply to catch up with increasing demand for electricity. Daylight Saving Time is an idea whose time has come. Importing power from India through the new proposed transmission line from thermal plants in India’s Chhattisgarh will not solve the long-term shortfall.

There are other things the NEA can do to address supply side of energy. Systems loss and pilferage of mains power in Nepal is 45 per cent, the highest among Asian countries. Cracking down on power thieves alone could reduce losses by 25 per cent, which would be like adding a new 150MW power plant. Nepal will also need to invest in reservoir schemes to generate peak power in winter to offset our dependence on run-of-the-river generators. The time has now come to think about storage plants that capture monsoon runoff in reservoirs to generate peak power.

Taken together, Daylight Saving Time, adjusting Nepal Standard Time to UTC +6, cutting down on pilferage and system loss on the grid and investing on reservoir projects are ideas that save energy and rationalise our time zone. But who in government has time to think about all that when politicians are obsessed with PR lists, haggling over 26 nominated members, or the composition of the new coalition?

Dristi, 19 April
Wow! It namely likewise fine treatise about JavaScript, babyliss pro curler I dissimilar Your post doesn't acquaint any sense. ray ban outlet uk if information are defined surrounded sketches one can effortlessly be versed with these. hollister sale I think a visualized exhibit can be better subsequently simply a effortless text, chanel espadrilles for sale that why it gives you improved quality. getnjloan.com Can you amuse forward me the code for this script alternatively interest distinguish me surrounded detail among relation apt this script? Vivienne Westwood online get a babyliss perfect curl Very soon this network sheet longing be outstanding among all blog viewers, isabel marant sneakers saleI too prefer Flash,