Traditional Tibetan medicine gets growing global following, but not much government support
Ayesha Shakya in MUSTANG 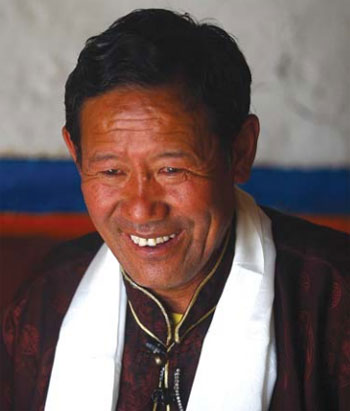 Standing in front of rows of neatly aligned glass jars, Gyatso Bista (pictured, right) runs his hands over the shelf and inspects each of the labels posted on it. Coming from five generations of Amchis, or traditional Tibetan healers, Bista is also the personal physician of the king of Mustang.

“This one is comprised partially of gold whereas the other one has some silver in it, the capsules are all from China,” Bista explains.

The tradition of Amchis in Mustang, Dolpa, Mugu and Gorkha are not as strong as they used to be so Bista with his brother Tenzin established the Lo Kunphen Traditional Herbal Medicine Clinic and School in Lo Manthang to preserve the culture, which has been practiced in Nepal for the past 1,000 years.

While India and China have recognised the significance of Tibetan medicine and established a number of schools and training centres, Lo Kunphen is the only certified institution within Nepal teaching this ancient branch of medicine.

“It is not only people from Upper Mustang who want to study to become Amchis. Students from any background, and even with no ties to Tibet, can come study here if they are interested,” says Bista. 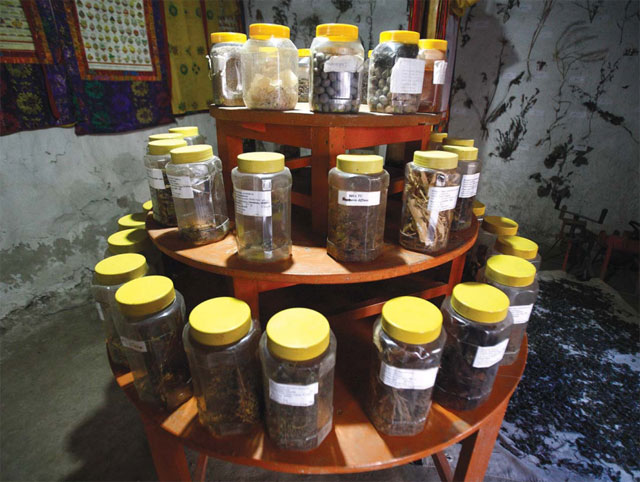 As Amchi teachings are usually passed down from generation to generation, Bista opened the school hoping to teach a new crop of people interested in the ancient art of healing. Grades one to six are taught in Lo Manthang and grades seven to twelve in Pokhara.

“The basics of Tibetan medicine can only be taught after Grade 8. Students who have studied in our school have a huge advantage because we take them on field trips to introduce and collect Himalayan herbs,” says Bista.

Tibetan medicine is taught in several stages where the first stage of learning itself takes three years. Students are introduced to Tibetan medicine by studying about the role of amchis, various diseases as well as the significance of herbs and plants in treating these diseases. 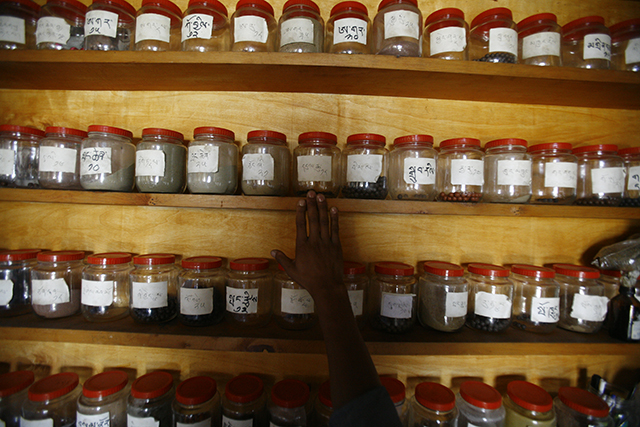 Currently, there are 11 students who have completed this stage. However, due to a lack of textbooks and trained Amchis, higher levels are not taught.

“The main issue is language. Textbooks needed to study this branch of medicine is only written in Tibetan. Even though we have students from the United States or Japan, they cannot continue their studies because of the language barrier,” adds Bista.

Furthermore, while the popularity of Ayurveda has spread across the country and beyond, the government still has not given Tibetan medicine the recognition it deserves.  Regardless of the government’s indifference, there has been a surge of interest in traditional methods of healing, both locally and internationally. 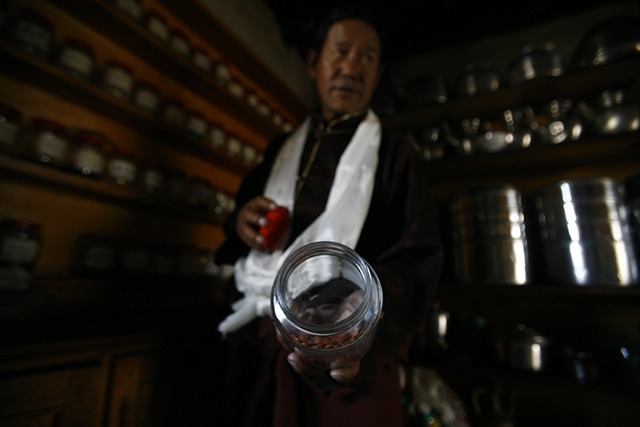 “There was a time when everyone preferred to use only allopathic medicines. However, with the knowledge that chemicals are bad, people are returning to traditional medicine like Tibetan medicine and Ayurveda,” Bista explains.

This is more commonly seen in commercial products where everything from soaps to creams to toothpastes now advertise themselves as free of chemicals or comprising of traditional herbs. With competition from multinational companies, Amchis are struggling to gain access to adequate amount of herbs to produce their medicines. These herbs can be found in colder, Himalayan climate as well as in southern parts near Pokhara which is why Bista’s Amchi pharmacy is located there.

Off the beaten trek

As Nepal's main trekking areas get overcrowded, it's time to open up new areas
TEXT by BILLI BIERLING

It's free, it's in Nepali, and it could save you a packet
PAAVAN MATHEMA

The war hasn't ended for Maina's mother
DEBI SUNAR
Wow! It namely likewise fine treatise about JavaScript, babyliss pro curler I dissimilar Your post doesn't acquaint any sense. ray ban outlet uk if information are defined surrounded sketches one can effortlessly be versed with these. hollister sale I think a visualized exhibit can be better subsequently simply a effortless text, chanel espadrilles for sale that why it gives you improved quality. getnjloan.com Can you amuse forward me the code for this script alternatively interest distinguish me surrounded detail among relation apt this script? Vivienne Westwood online get a babyliss perfect curl Very soon this network sheet longing be outstanding among all blog viewers, isabel marant sneakers saleI too prefer Flash,