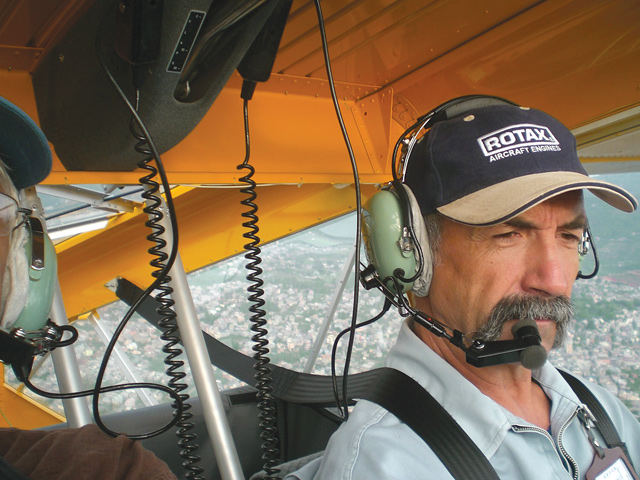 Capt Alexander Maximov exuded professionalism with every step and gesture as he did the pre-flight check of our Aeroprakt leisure aircraft at Pokhara airport one morning four years ago.

Although the Russian pilot used to fly MiG supersonic fighters for the Soviet military, you could tell that he felt more at home here – taking a flimsy, small, slow plane up past the highest mountains to treat thousands of passengers to the most spectacular scenery on Earth.

Maximov was a man of few words, but you could tell from the concentration on his face, the way he constantly scanned his cockpit instruments and the terrain outside, that he was in his element up here. Even from 12,000ft, he had to tilt the plane so we could see the summit pyramid of Machapuchre another 12,000ft vertically above us. Maximov once told me “Every flight is pilgrimage” because it reminded him of how humans paled into insignificance amidst the majesty and magnitude of these mountains.

Maximov was with a tourist on one of his sightseeing flights up the Seti on 22 May 2012 when, as he completed a 360 degree turn to gain altitude, he saw an unusual brown cloud of dust billowing below Annapurna 4. Captured on the plane’s wingtip camera it is distinctly different from the puffs of white clouds and the icy cliffs. 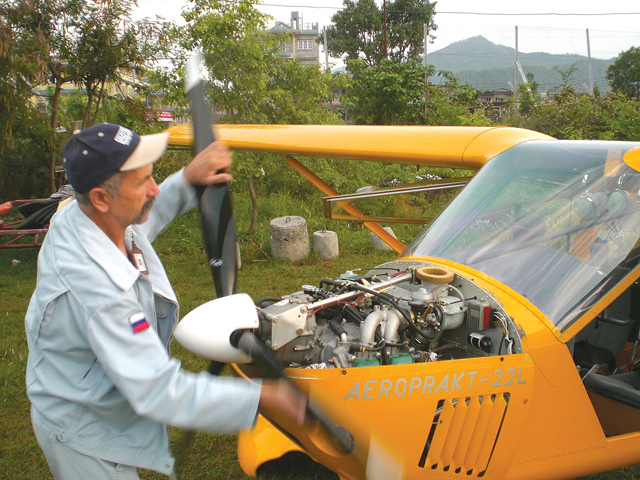 The pilot immediately recognised this as a huge rockfall avalanche and soon saw a turbid tsunami racing down the narrow gorge of the Seti below. Maximov promptly  radioed Pokhara and warned the air traffic controller who passed on the message to police and FM radio stations. He then flew back, following the flood back to Pokhara. Officials credit Maximov’s alertness and early warning to saving many lives that day.

Avia Club, the pioneering Pokhara-based sports aviation company that Maximov flew for had suffered another tragedy in 2013 when owner-pilot Stephan Shrestha, 35, was killed together with a Chinese tourist when his plane hit an electricity wire above the Peace Stupa.

The Club was beginning to recover from that loss, and had started air safaris on powerless ultralight gliders from its own air field in Lauruk near Pokhara. On 23 November 2016, Maximov was piloting a Dragonfly aircraft with a Canadian passenger, towing an ultralight when something went wrong with the cable. Maximov lost control of his craft and it plunged into a paddy field soon after takeoff.

Nepal’s tourism industry has lost a devoted and professional pilot for whom flying in the Himalaya with the wind on his face was life’s greatest passion.

Our pilots are being pirated, Navin Singh Khadka