All in the family

Girls are not safe even within their own homes, especially in households dislocated by the earthquake
Sahina Shrestha in DOLAKHA 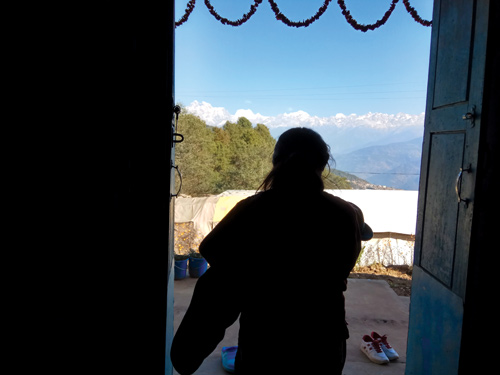 Nestled in the lap of majestic Gauri Shankar, Dolakha is a scenic six hour drive east of Kathmandu. But the beauty masks a brutal reality of life after the 25 April 2015 earthquake. The 7.3 magnitude aftershock on 12 May was even more destructive because the epicentre was close by. Many of the 67,000 families identified for reonstruction grant are still camped out.

The literacy rate of this ethnically diverse district is 62. 78 per cent, which is less than the national average of 65.9 per cent and there has been a massive out-migration of men in recent years. Of the families that remain, alcoholism and domestic violence remain a major issue.

Although female literacy has improved the status of women, sexual abuse within the family and by neighbours in households dislocated by the earthquake and migration appears to have increased, and is a cause of serious concern for social activists.

“Violence against women has always been a serious problem here but the incidence of abuse is on the rise after the earthquake,” explains Sudip Basnet, Sub-inspector of Police of the Women’s Cell in Dolakha.”However, it is difficult to say if there are more cases because of the earthquake, or because more victims are now coming out to report cases of abuse than before.”

Dolakha Police reported 14 cases of rape of which three were  by family members this year, which is double the figure for last year when there were seven cases of which one was of forced incest.

According to Sirjana Karki of the shelter, Aawaz Nepal, the rise in cases of rape is because families are broken by migration, alcoholism, and due to society’s patriarchal norms.

“In many of the cases, the victims are blamed for what happened to them and the legal system is not friendly to those who suffer abuse,” says Karki.

It is especially difficult for those who are raped by family members. When a girl is abused by her family, the first thing she needs is a safe place to stay which she cannot usually get.

Advocate Sushama Gautam explains: “It starts with the family not supporting the victims, especially in cases of incest. Then the public prosecutor and the police don’t investigate the cases properly. But what is missing the most is protection for the victim in our legal system.”

A rape victim can stay in a safe house for two to three months, but after that she has to either go back home or look for another shelter. There are currently 14 women and children living in the shelter run by Aawaz Nepal here.

Perpetrators also get very light sentences. The maximum punishment for forced incest is 15 years. Victims are often terrified when the family member or neighbour comes out of jail. 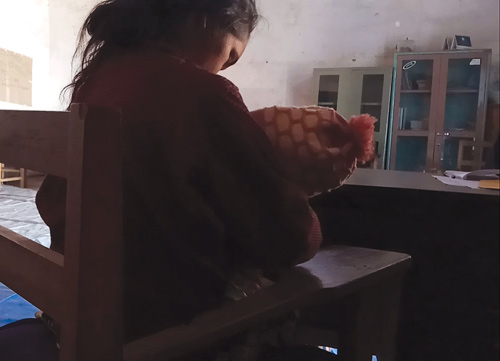 There are five members in my family: my parents, my elder brother, sister-in-law and I. The earthquake damaged our house, so we were living in a temporary shelter near our house.

My family hadn’t returned from the fields and I was feeding the chicken, when this person from our village called me to this shelter, saying he needed some help. I didn’t think much of it, after all he was older and our families knew each other.

Inside his tent, he closed my mouth and forced himself upon me. I couldn’t shout for help, he threatened to kill me if I told my parents. This happened three times while my family was not at home. I was too scared to tell anyone.

When I got pregnant , I stopped going to school. The villagers accused me of having a bad character and insulted my family.

My parents took me to the police, there was a lot of pressure on me to say that it was consensual. It was not, he had raped me.

I cannot go back to the village because my family and society will not accept me anymore. I have a five-month-old baby, I need to take care of it and without an education and income, it is difficult. 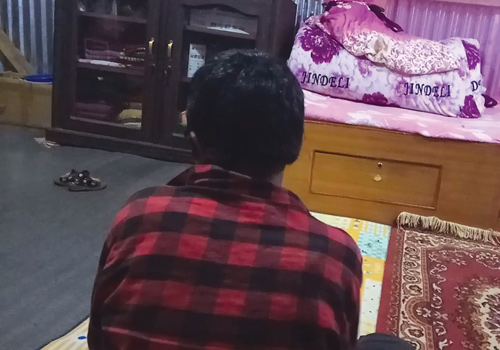 After my father passed away, my mother married another man. When my mother had a baby, I had to take care of her while she and my step-father went to work. When I finally got to go to school, I was still required to do house work. My step-father used to beat me and my mother frequently.

About two years ago, when my mother had gone to the temple my 75-year-old step-grandfather sent my sister away in an errand and pulled me inside his room and locked the door. I shouted for help as he raped me. I told my younger sister and she told my mother. Word got around the village and the police were called.

When it was time to give my statement, my step-father and a lawyer told me to say that another person in the village had given me money to say such things. I was scared, but my sister being the smart one told the police everything. After that, my step-father started beating my mother even more. I heard my grandfather was sent off to an old-age home, and not prison. 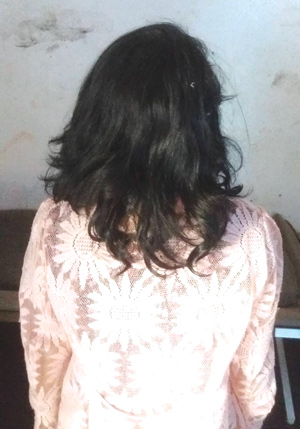 I lived with my parents and two younger sisters in the village and I have an older brother who works away from home. I didn’t really like going to school, so I spent most of my days playing around the village.

Last year, when my parents had gone to the field and both my sisters were at school, a neighbour asked me to go fishing with him. He was about 24 and taught karate. I didn’t really know him well, so I refused. But he insisted and I went along reluctantly.

There is a small forest on the way to the river. That is where it happened, when I tried to struggle and shout he threatened to kill me and warned me not to tell my parents. After being violated, I ran home but couldn’t tell my parents.

However, it turned out there was someone from the village who saw it happen. A few days later, he told my father. But the boy’s family was powerful, so everyone was scared. My mother finally mustered the courage to take me and become witness to the police. I didn’t want to speak to the police because of the questions they asked me and the way they asked them. They initially refused to register the complaint, but finally gave in after my mother started crying.

He is now in jail but I couldn’t stay in the village anymore because his family threatened to kill me. I am now living away from my family for a crime someone else committed. 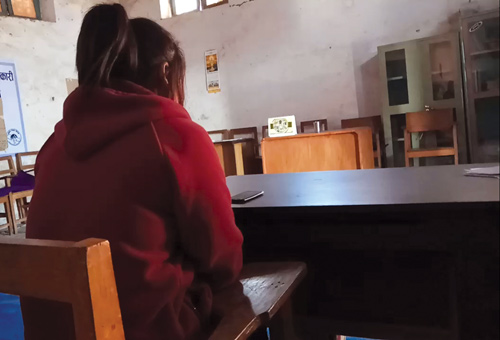 My parents ran a small eatery in town and we lived in a rented space. The kitchen was downstairs and our living quarters upstairs. There were two rooms, but all of us slept in one. My father wouldn’t allow us to sleep in the other room saying it was unsafe for girls to sleep alone.

As soon as we started living together, the beatings started. My father was a tyrant, he drank heavily and hit everyone in the family. We had to answer to his every beck and call. It terrified us, and we tried not to provoke him in any way. One evening, I was helping my mother in the kitchen when my father called me upstairs. I was unwilling to go, but my mother was afraid so she told me to go up.

I was 12 when my father raped me for the first time. I was in pain and afraid. I didn’t know how to tell my mother, and was afraid she would get into trouble if I did.

The abuse happened frequently for three years: in the morning, in the afternoon and in the evening. I tried telling my mother on numerous occasions, but could not muster the courage. One day, when my father was away I told my mother everything. I cried a lot that day.

When my father came back, my mother confronted him. He refused to admit he had done anything and blamed me instead. I had to prove to my mother that I was not lying, but we were too scared to go to the police.

When I refused to go upstairs my father threw me out of the house. I worked in an office and told my colleagues, who helped me get in touch with a women’s rights group. My father was jailed. Instead of supporting me, my family pressured me to get him out of the jail. He will soon be released, and I am constantly afraid he will hunt me down and kill me. I cannot go back to the family.

Keeping it in the family, Anjana Rajbhandary