The Ministry of Education issued 30,696 ‘no objection letters’ to Nepali students leaving for higher education abroad last year. Although the mounting influx of hopefuls wanting to leave the country is a cause for concern, there are just as many Nepalis who return home after garnering international exposure. Those who come back bring with them new skills and ideas that are constantly translating and adapting to suit the business environment and society here. Nepali Times talked to a few of them. 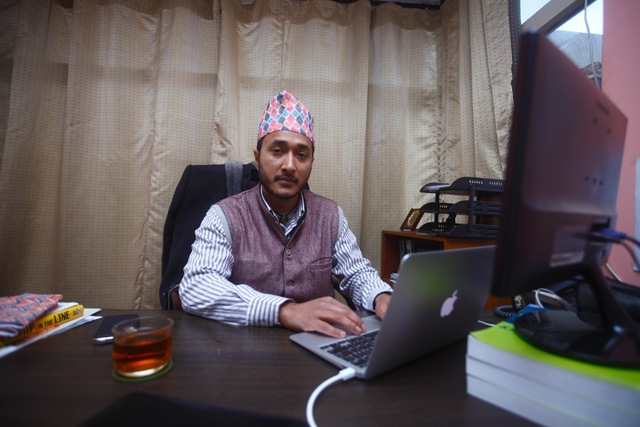 Pukar Malla, 36, has enjoyed a decorated high-tech career: he has led engineering design at Intel, AMD, and Silicon Graphics, and has also promoted innovation and inclusive growth at the World Bank, supporting the governments of China and India. He received a MS/PhD in Electrical Engineering from Cornell University, before earning a Masters in Public Administration at Harvard University. After the earthquake in April, Malla and his wife decided to move back to Nepal for good.

Malla believes that Nepalis that go abroad eventually return because of patriotic ties and the realisation of professional goals. “If there are challenges here, there are also opportunities,” he says.

Malla is one of the founders of Daayitwa, an initiative in which members work with government ministers, MPs and youth leaders in Nepal. The project stemmed out of his work with youth, finding that it was not the lack of talent or resources in the country but the lack of collaboration and innovation that stunted growth. He saw an expansive culture of blame and too much dependence on the government.

“What people don't realise is that if we are part of the problem then we are also a part of the solution,” says Malla. To date, 56 Daayitwa fellows have worked with various MPs and ministries, with 30 of them currently based in Nepal.

Apart from Daayitwa, Malla’s organisation also oversees Walk for Nepal, which organises walkathons in different cities around the globe, in order to network and mobilise individuals who want to contribute to development initiatives in Nepal. 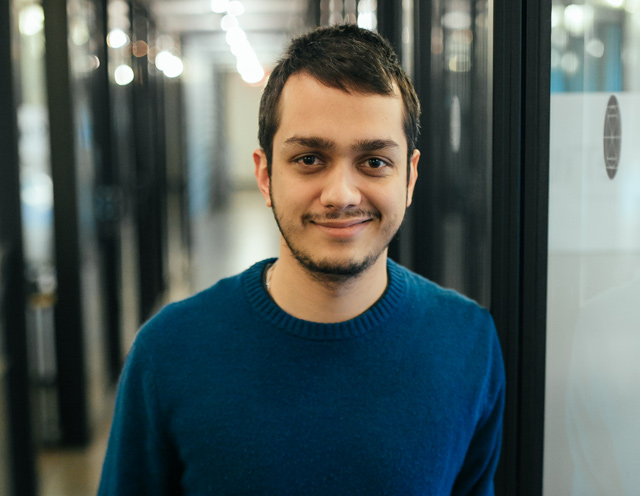 The primary reason for Atulya Pandey’s return was the bureaucratic difficulties of extending his visa in the US. But, Pandey took advantage of his predicament, turning it into the expansion of Page Vamp, a New York based company he co-founded with fellow University of Pennsylvania graduates Fred Wang and Vincent Sanchez-Gomez.

“I have been living out of my suitcase for the past year,” says Pandey, who spends much of his time travelling on business. Having created more than 7,000 sites since its launch, the company now has distribution partners in 11 countries and users from more than 80 countries.

Page Vamp allows users to create websites from their Facebook pages, which is especially beneficial for small businesses that are vying to expand their online marketing but lack the technical abilities to create and manage their own website.

While Pandey enjoys working closer to home, he says for a young company like theirs, there are logistical challenges in Nepal. “I spend most of my time thinking about the basic requirements and how to fulfill them,” says Pandey.

Regardless, the young entrepreneur insists that opportunities exist wherever there are challenges. For those with ideas on starting their own business, Pandey has some advice: “Many here in Nepal think about investments and capital when starting a business. My suggestion is they should focus on getting a minimum viable product first and forget about the investment. Get something that sells and get the market feedback immediately. Once you have the proof of concept, you can scale it up.” 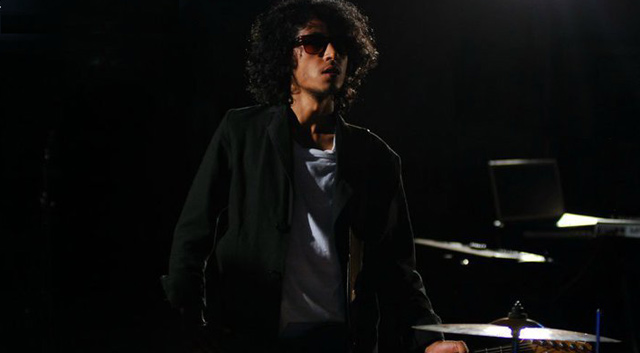 Singer, songwriter and music producer Rohit Shakya wears many hats. The 28-year-old is the co-founder of Fuzz Factory Productions, a media production company that started with humble beginnings. Originating from a bedroom studio and an inexpensive DSLR camera, Fuzz Factory Productions has grown into a sizeable video production company, credited with some of the most creative music videos in the industry.

A graduate in audio engineering from SAE Thailand, Shakya’s decision to return was influenced by the opportunities Nepal provided. “Every little thing you do here can make a difference and lead up to greater things,” he says.

Shakya admits that political turmoil, lack of infrastructure and uncertainty can be frustrating but says the country also offers room to experiment and grow.

The word is e-commerce 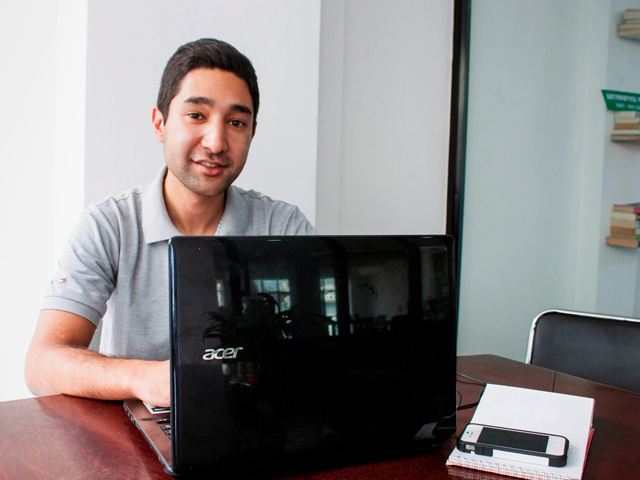 Amun Thapa, 28, gambled on the idea of opening an e-commerce business in Nepal after being frustrated by spending hours shopping online for the right shoes. Additionally after witnessing his grandmother use Facebook, he saw how far the internet had spread and made a bet on himself.

What began as a startup in a garage in Garidhara in 2011 is now a flourishing venture that employs 32 people. Thapa’s Sasto Deal is today one of the most successful e-commerce ventures in Nepal and is in the process of launching a new program that will provide a convenient and free market for booking flight tickets online.

”The domestic e-commerce market here is like a blue ocean, meaning there isn’t as much competition as overseas,” he says.

Last year the April earthquake forced Sasto Deal to suspend operations for two months and internet traffic plummeted by half. Thapa admits it is harder for the business to prosper and to execute the board’s strategy. Yet, he remains optimistic: “If you can sustain in Nepal, you can sustain anywhere,” says Thapa. 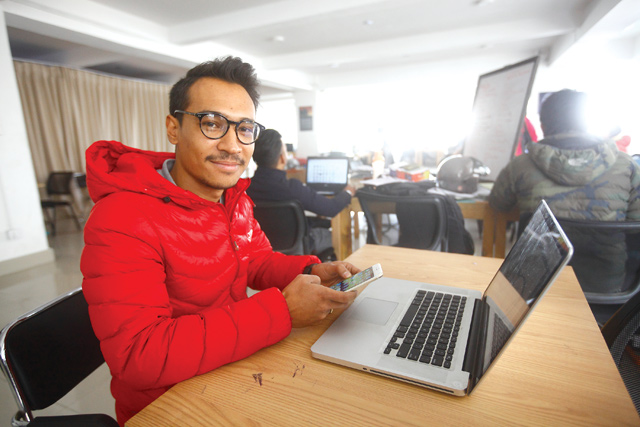 While studying business in the US, 29-year-old Suraj Shrestha came across a campaign by TOMS shoes. The for-profit company based in California donates a pair of shoes for a child in need for every pair it sells. The idea struck a chord with Shrestha, and he put a plan in motion to replicate the business model upon his return to Nepal.

“Most of the projects in Nepal are donor-focused. Once the funding stops, the projects stop as well,” says Shrestha, “The for-profit model ensures sustainability.”

Shrestha always knew he was going to come back home after graduating. Started in July 2014, Shrestha’s eye-wear company Anthropose works with the Tilganga Institute of Opthalmology to provide pro-bono cataract operations for every few pairs of sunglasses it sells.

Shrestha’s endeavor, however, hasn’t come without hitches. The first free procedure event was supposed to be held in January 2015, but was delayed due to political instability. The event was postponed until May, but then the earthquake struck in April. And when it was finally held in October 2015, only 62 out of the 150 people that the team identified as needing assistance received free operation; the rest couldn’t make it to the campsite due to the fuel crisis.

Despite the hardships due to the political environment and the hurdles associated with running a business here, Shrestha remains positive. “I always believe that there are ways to work around any problems,” he says.

Says Shrestha: “You can’t shy away from starting something saying the market in Nepal is small. In today’s age when everything is so interconnected you don’t have to direct your focus in Nepal alone. If we didn’t have opportunities in Nepal, how come we have a billionaire here?” 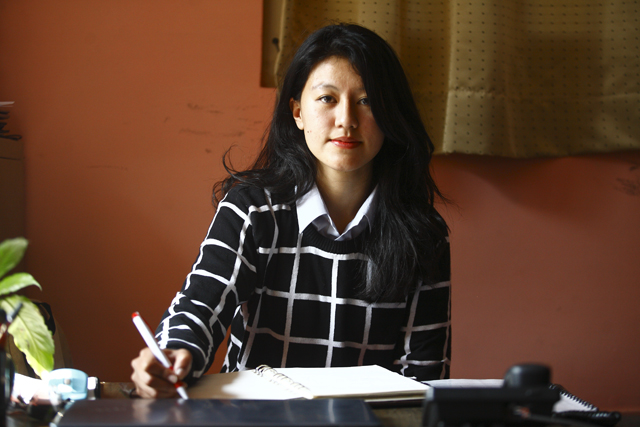 As a student of Political Science and Anthropology, Sabrina Singh realized she had learned all the grand theories but didn’t have any practical knowledge of how things operated in her own country. Her interest in public service, social change, and going against the grain brought her back to Nepal.

"I have found that people from my generation are more risk averse. Everyone of them want to live a secure life," says Singh, a recent graduate of Swarthmore College. "Only two of us from my batch decided to come back after completing our studies.”

Singh returned to Nepal in 2014 as a Daayitwa fellow and worked with former Minister of Education Chitra Lekha Yadav. She conducted a comparative analysis of the two Constituent Assemblies. "I got to experience Kathmandu like I never did before," says Singh. She now works as a Program Officer in Daayitwa.

While political instability and lack of structure in the workplace is a deterrent for many, for Singh, the possibilities for creative reform was what inspired her to come back. "Everything is structured abroad but in Nepal, more often than not the structure is missing. This pushes you to think outside the box and develop so many different skills," she says. 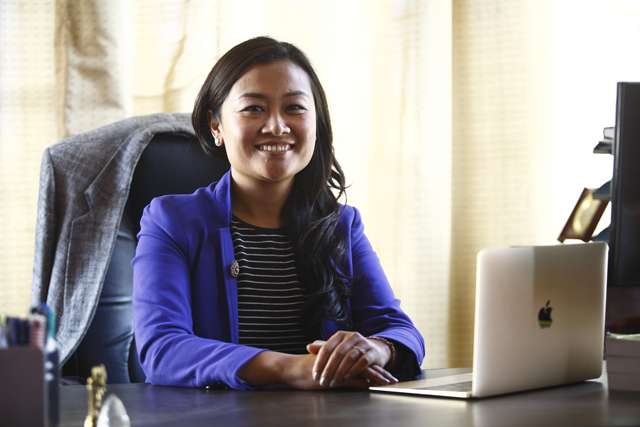 When Tsering Dolma Chawa Sherpa, 32, decided to return to Nepal in 2009 after a decade in the US, her friends and family thought she was mad. She was the first in her family to graduate from college.

"My relatives thought I was crazy not to apply for Optional Practical Training (OPT) after graduation. But I had a feeling my education would be better translated here," says Sherpa.

Sherpa remembers her father saying, "Nepal is the way because all the good people are going abroad. The country will not develop unless these people come back." Her father’s voice ringing in her ear played a huge part in bringing her back home.

"I came back not because I needed to follow what my parents taught me, but because I genuinely felt coming back would make a difference," says Sherpa, who was committed to making an impact in the public sector.

Sherpa now works as the communication coordinator for Daayitwa Foundation, the same organization of which she was a fellow in 2014. During her stint, she worked with the Office of the President to make it more accessible. But her very first project to revamp their website never came to fruition.

"We had the budget and the plan, there were people in the office who were supportive of the project but for some reason the project never took off. Even now when I call just to say hi, the employees at the office inform me guiltily that nothing has become of the website,” chuckled Sherpa.

Previously, for two years, Sherpa had been an Outreach Program Officer for Equal Access, an organization working for social change through communication. Since then she has established her own non-profit, Empower1, that works with street children.

The one thing she has realized about Nepal is the huge pool of dormant opportunities and potential. "The more years I spend in Nepal, the more potential I see, and the more I wonder why other people don’t see it.”

Sundar Mani Dixit, civil society activist in Kantipur, 25 October
Wow! It namely likewise fine treatise about JavaScript, babyliss pro curler I dissimilar Your post doesn't acquaint any sense. ray ban outlet uk if information are defined surrounded sketches one can effortlessly be versed with these. hollister sale I think a visualized exhibit can be better subsequently simply a effortless text, chanel espadrilles for sale that why it gives you improved quality. getnjloan.com Can you amuse forward me the code for this script alternatively interest distinguish me surrounded detail among relation apt this script? Vivienne Westwood online get a babyliss perfect curl Very soon this network sheet longing be outstanding among all blog viewers, isabel marant sneakers saleI too prefer Flash,