Poaching of rhinos and tigers drops, but there is an alarming rise in smuggling of pangolins, musk deer and bears
Shreejana Shrestha 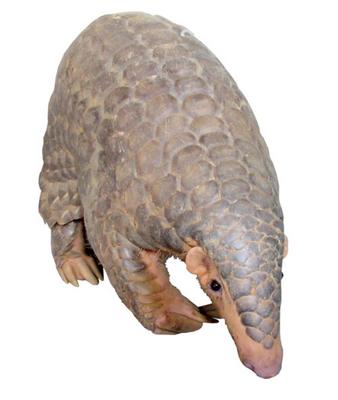 The trafficking of endangered wild elephants, rhinoceros and tigers to China gets all the media attention, but lesser-known animals like the Himalayan black bear, pangolins and musk deer are being smuggled across the border in ever-larger numbers.

Nepal marked the second year in a row with zero poaching of rhinos in its national parks in 2016. Greater awareness and stricter controls have also made Nepal a less-favoured trans-shipment point for tigers and rhinos from India to China.

However, some 650 pangolins are said to have been seized in Nepal en route to China since 2010, but conservationists say it may just be the tip of the iceberg. There are no figures for musk deer killed for their prized gland considered in China to have aphrodisiac properties. Even though the musk gland can be harvested without killing the animal, many deer die in traps in Nepal -- even females which do not have the gland.

The smuggling of various body parts of the Himalayan black bear also fetch high prices in China, and they are trapped and killed in northern Nepal by poachers. A bait lures a bear into a trap which crushes the animal under branches weighted with rocks .

Conservationist Sonam Tashi recalls being asked about wildlife parts during one of his monitoring trips from Olangchungola to Tibet in 2004.

“I was asked if I had bear bile and paws including other wildlife parts to sell,” says Tashi, adding, “Locals in eastern Nepal trap the bears in summer as soon as they come out of hibernation since the medicinal values of bile are high in China whereas meat is consumed locally.” 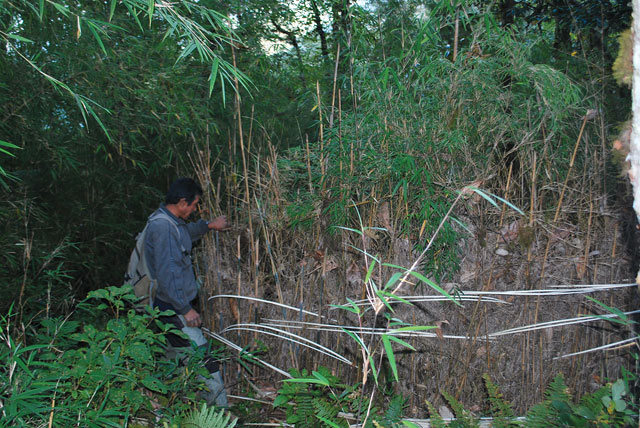 The Central Investigation Bureau (CIB) confiscated 17 sets of bear bile and one paw in 11 different seizures in the last six years.

“There wasn’t much of a focus on pangolins because they were small, and there was more attention to trafficking in rhinos, elephants and tigers,” says Ambika Khatiwada of the National Trust for Nature Conservation, “but now that the scales and meat of pangolins are in high demand in China, and the animal is becoming endangered we need to protect it too.”

About 100,000 pangolins are smuggled into China from Southeast Asia every year, ostensibly for the therapeutic value of its scales and meat. The smuggling became so serious that the International Union for Conservation of Nature (IUCN) formed a Pangolin Specialist Group in 2012 and all eight species of pangolins were moved from Appendix II to I of CITES during an international conference last year.

Pangolins are found in 45 districts of Nepal, and it is estimated that there are only 5,000 of them left in the wild. It is the only mammal to be completely covered with scales, and contributes to the ecological balance by eating up to 20,000 ants and termites a day.

“Rhinos and tigers are relatively well protected because they live inside national parks and are guarded by soldiers,” explains Kumar Paudel of the group, Greenhood Nepal. “But pangolins have no such protection.”

Alarmed by the rise in poaching of Pangolins, the CIB is raising its vigilance at checkpoints along the northern border. But much more effective would be a public awareness drive for conserving the species, they say. CIB’s Prabin Pokharel says: “We will soon launch a special operation to break the powerful network involved in poaching pangolins which have high market demands.”