Green is the colour of food 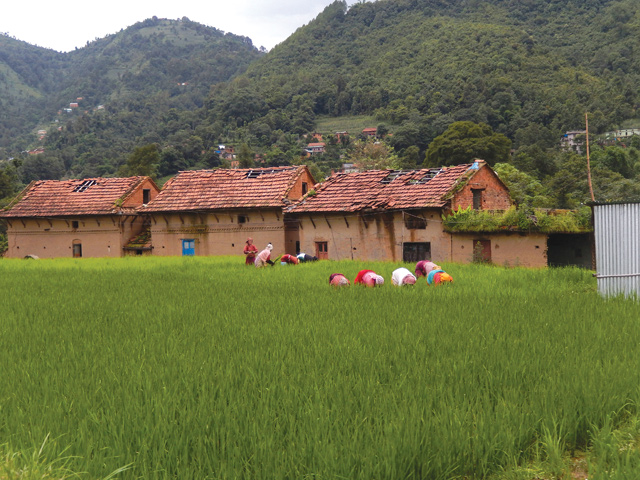 Gundu in Bhaktapur is just a half-hour drive from Kathmandu, but it feels like one has travelled back in time. This is probably what Kathmandu Valley looked like in the last century: no cars, water buffaloes wallowing in muddy ponds, a clear brook gurgling down a forested hill. The only sign that we are in the year 2015 is a plane passing overhead.

At the edge of a slope women wearing rain-proof plastic sheets are weeding a dazzlingly emerald paddy field. There are pumpkins, capsicum, chillies and okra cultivated in patches. We are at the organic farm run by the Basnet sisters. 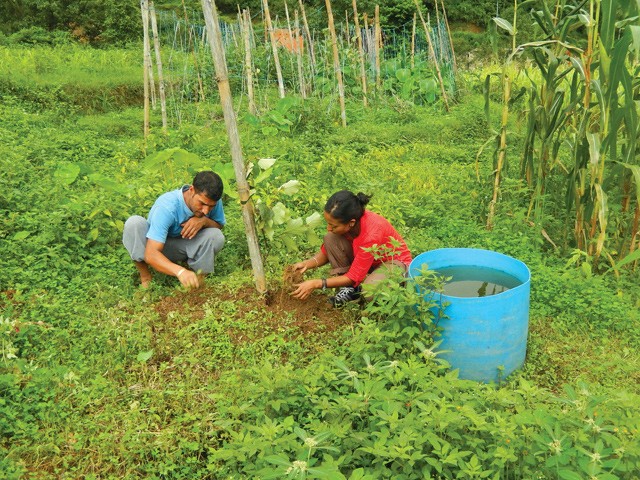 “The aim is to diversify our produce and customers,” says Subechhya who returned to Nepal after completing her MBA from Germany to expand the family's small organic farm in Bansbari to supply produce to the family-owned Bhojan Griha and Kantipur Temple Hotel. Subechhya has involved her two sisters: Priyanka is helping out with marketing, and Prabighya looks at the day-to-day activities in the farm.

The desire to expand their supply chain gave birth to Kheti Bazaar which now sources products from other organic farmers in eastern Nepal. “They were looking for a market and we needed produce so it was a win-win for both,” says Subechhya. 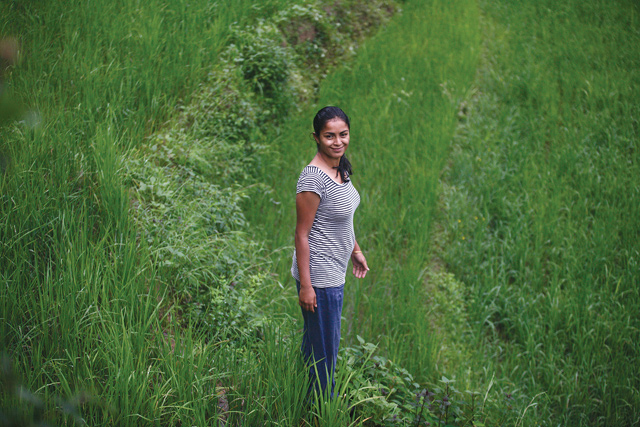 Subechhya Basnet returned to Nepal after her MBA in Germany to start the organic farm in Gundu.

The produce is sold in the premises of Bhojan Griha, a converted Rana-era building in Dilli Bazar and also at farmers' markets around town. Initially the business was slow, the term ‘organic’ was still not a fad and deliveries were irregular. But over the years the business picked up and the venture is now making money.

Unlike other organic markets in town which seem geared mostly to expats, a majority of Kheti Bazaar’s clientele are Nepali families, something the sisters are proud of. They encourage not just healthy eating but an environment conscious lifestyle too, discontinuing the use of plastics long before the government ban. 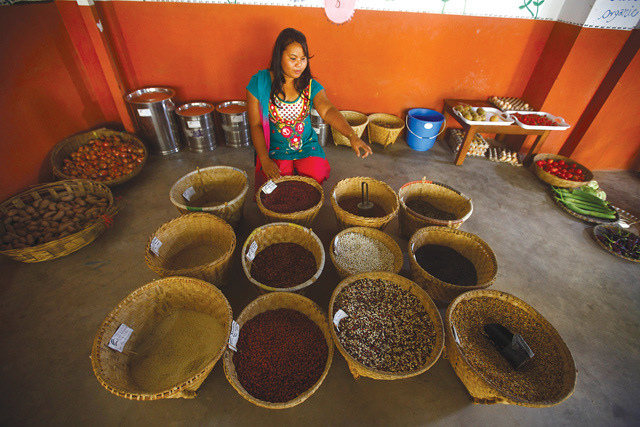 An organic beans stall at the Kheti Bazaar daily market in Kathmandu.

“Having a farmer mother and an environmentally conscious father made us sensitive to environmental issues,” says Subechhya.

The sisters are currently looking to connect with more farmers and grow a niche market. Says Subechhya: “We cannot compete with countries which are into mass farming but we believe we can create a niche market that will benefit the country’s economy.” 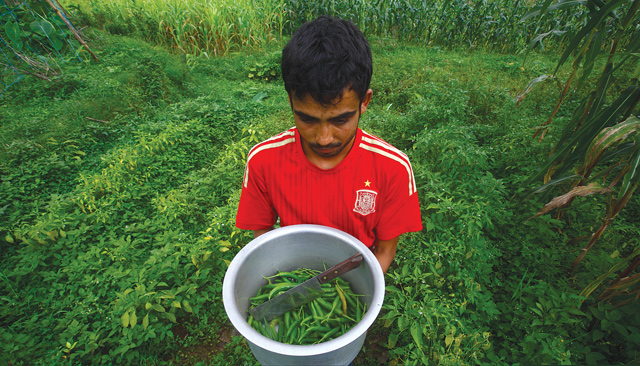 Despite the absence of government monitoring in the organic farming sector, three private companies have been issuing certification to organic farms and products in nepal. But according to agronomist Madan Rai, certification should be the lowest of priorities in Nepal.

“The government should instead involve the farmers and give them incentives to develop the local organic sector,” he says.

Besides the economic aspects, Rai points out the risk of depending on imported commercial agriculture. “We have the manpower and all vegetables needed within the country, why should we increase dependency by importing?” he asks.

Rai says what is most needed is making the general public aware of the importance of consuming locally grown organic produce. He says: “Organic farming has always been a tradition in Nepal – long before it became a trend in the West.”

Indeed, it is only commercialised farms supplying produce to the cities that use artificial fertilizers and agro-chemicals. Ninety per cent of Nepal’s farmers still practice pure organic farming.

Time to listen to what the real Nepalis have to say.
DANIEL LAK

The present reality is bleak, but the Nepalis belief that things will get better seems to endure.
CK LAL
Wow! It namely likewise fine treatise about JavaScript, babyliss pro curler I dissimilar Your post doesn't acquaint any sense. ray ban outlet uk if information are defined surrounded sketches one can effortlessly be versed with these. hollister sale I think a visualized exhibit can be better subsequently simply a effortless text, chanel espadrilles for sale that why it gives you improved quality. getnjloan.com Can you amuse forward me the code for this script alternatively interest distinguish me surrounded detail among relation apt this script? Vivienne Westwood online get a babyliss perfect curl Very soon this network sheet longing be outstanding among all blog viewers, isabel marant sneakers saleI too prefer Flash,