Lessons for the future

With new classrooms in place, attendance levels are picking up at schools in Sindhupalchok.
Yu Wei Liew 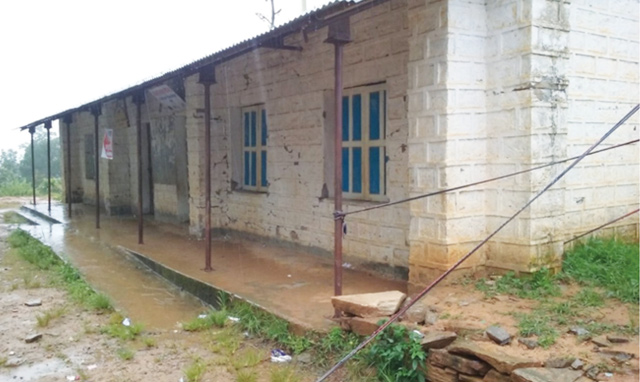 In last April’s 7.8 magnitude earthquake that shook Nepal, Sindhupalchok was one of the worst hit areas, with the highest number of casualties reported in a single district. There were 3,557 deaths and an estimated 66,636 houses were destroyed or damaged, according to the Ministry of Home Affairs.

In the aftermath of the earthquake, landslides blocked off the narrow roads leading to villages in the hills, hampering relief efforts.

However, some organisations have been working tirelessly to help the villagers rebuild their lives. Childreach Nepal and the Ministry of Education have teamed up to build a total of 100 earthquake-resistant classrooms in Sindhupalchok, sealed by the signing of a Memorandum of Understanding. Also assisting in the effort is Miyamoto International, a Japanese earthquake management company that is providing the technical expertise needed to construct the classrooms.

Each classroom can accommodate 60-80 students and has a lightweight steel framework designed to withstand shaking in the event of an earthquake. The exterior cladding of PVC-coated steel has a minimum lifespan of 30 years, and is insulated to be moisture-resistant, making it suitable for Nepal’s climate even during the monsoon season. 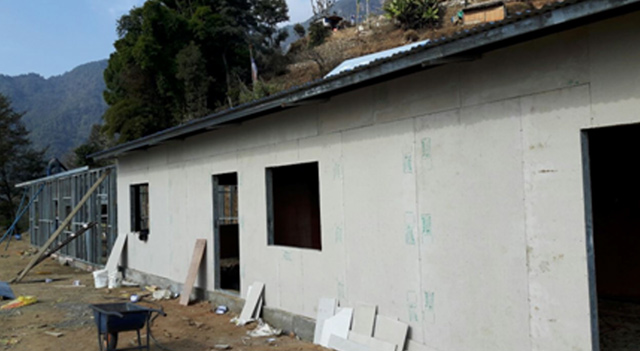 Childreach Nepal and the Ministry of Education have teamed up with Miyamoto International to build 100 new earthquake resistant classrooms in the district.

Already, attendance levels are picking up. Immediately after the earthquake, dropout rates soared to 32 per cent across the three schools, as securing access to food and water took precedence over attending lessons. Now, 400 out of the 500 students enrolled are back in the classrooms, with numbers expected to rise with the start of the new academic term in April.

The day after the handover ceremony, a 5.5 magnitude aftershock swept through the Valley, with the epicenter in Sindhupalchok. But the newly built classrooms passed their first test and remained standing, a testament to their sturdy design.

Earthquake rebuilding efforts should take a leaf from this successful collaboration, as it finds long lasting solutions in a region that is consistently hit hard by disasters. Because of the use of durable materials and the sharing of strategies with experienced counterparts, international cooperation has proved to be a boon in getting children in Sindhupalchok back to schools.

The Caucasian Chalk Circle at Gurukul

Trekking? Try running up to Poon Hill and back
RICHARD BULL

Editorial in Nagarik,  6 April
Wow! It namely likewise fine treatise about JavaScript, babyliss pro curler I dissimilar Your post doesn't acquaint any sense. ray ban outlet uk if information are defined surrounded sketches one can effortlessly be versed with these. hollister sale I think a visualized exhibit can be better subsequently simply a effortless text, chanel espadrilles for sale that why it gives you improved quality. getnjloan.com Can you amuse forward me the code for this script alternatively interest distinguish me surrounded detail among relation apt this script? Vivienne Westwood online get a babyliss perfect curl Very soon this network sheet longing be outstanding among all blog viewers, isabel marant sneakers saleI too prefer Flash,