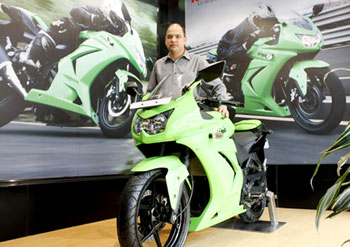 Vehicles in Nepal are taxed so heavily that the same car can cost up to three times more than in India. Excise, customs, spare parts, road, VAT add up to 241 per cent of the manufacturer’s price tag for Indian imports, and a whopping 248 per cent on third country imports.

The Nepal Automobile Dealer’s Association (NADA), currently represented by President Shekhar Golchha (pic, right), is convinced prices of vehicles should be reduced so they are more affordable to the Nepali middle class.

Says Golchha, “We have been constantly lobbying for at least 25 per cent reduction in taxes, but they just keep going up. A vehicle is no longer a luxury in Nepal, it is a necessity.”

Yet, despite the sky-high taxes, automobile sales grew at 37 per cent in the past year.

The road to development

The government also claims – somewhat legitimately – that it needs revenue from car taxes to expand and maintain roads and cannot reduce them. In just Kathmandu Valley, about Rs 7 billion was spent on road expansion and maintenance in the past two years. Only two of Nepal’s 75 districts are yet to be connected with roads now, and this year’s budget has allocated Rs 26 billion for the nationwide road network.

“Given the current circumstances and resources, the government has done a good job,” says Golchha, “but the quality of roads leaves never to be desired.” Past President of NADA Saurabh Jyoti agrees, and adds that it is not just the budget that is the problem. He says: “There is poor coordination between the municipality and the Department of Roads, and just opening a track is not enough, roads need drainage, blacktopping and highway furniture to make them safe.” 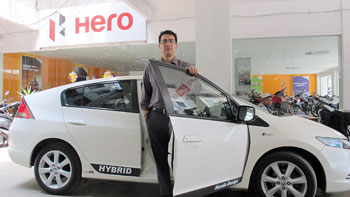 More cars means more import of petroleum. The increase in trucks and buses as well as generators to cope with power cuts has meant that Nepal’s import of diesel from India has grown three-fold in five years. The future would be electric public transportation like trains, trolley buses and Light Rail Transit for cities. The cost and limited range of private electric vehicles have kept sales sluggish.

Although the government reduced the duty on hybrids by 25 per cent this year, cars like the Toyota Prius and Honda Insight are still prohibitive. Saurabh Jyoti (pic, left) of Honda Nepal says the tax rebate will have minimal impact on sales: “There should have been at least 50 per cent tax reduction to make a significant dent on the price of vehicles.”

Despite all the problems, everyone agrees that the automobile industry in Nepal has potential. Nepal could even be a centre for assembly of pickups and bus chassis for domestic sales as well as export. This would bring down costs and create employment. India’s Tata, which was looking at an assembly plant, however, has decided against locating one in Nepal for the moment.

Can we start talking now?
RAMESH POUDEL in SANDHIKHARKA

.is easy once you figure out the subversive subtext in a furniture shop.
DANIEL LAK