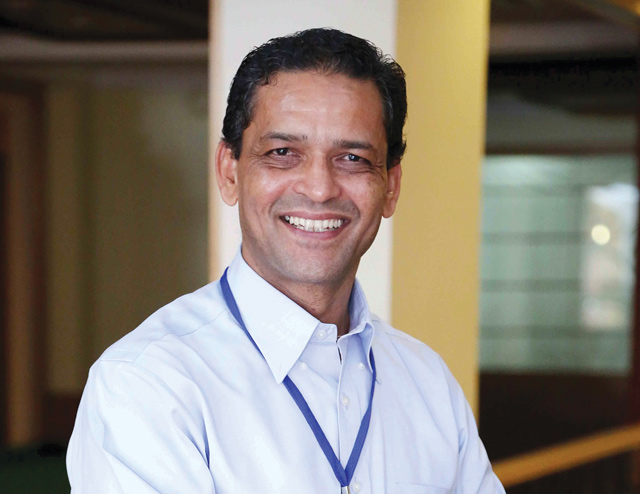 With Facebook, Twitter and YouTube dominating the social media, one would have thought there is no room for anyone else. But IT entrepreneur Govinda Giri (above) is out to change that.

A Nepali based in Washington DC, Giri launched the social media platform Sagoon in 2014 to try to transform the way young people around the world network on the web.

Born and brought up in Sankhuwasabha in eastern Nepal, Giri was doing his master’s in literature in the 1980s when he happened to take MS DOS classes at a computer institute in Putali Sadak.

“I knew there and then that I found my calling,” recalls Giri. With limited opportunities in Nepal, he knew that he would have to head out to a wider world.

He started from scratch in the United States, enrolling in a community college in Virginia to study English and joined Andrew University in Michigan to study Computer Science.

Giri then got a job as a network engineer at the Pentagon. “Every day I went to work, I asked myself what I was doing there,” says Giri. “The job paid my bills, my family was proud of me, but I was never satisfied.”

Giri was obsessed with the idea of a search engine to rival Google and Yahoo and launched Sagoon in 2009. It was designed to use semantic searches to generate more relevant results by pairing traditional keywords with algorithms that analysed content between sites finding their hidden similarities.

Although it held promise, the venture fizzled out for financial reasons. In 2013 Giri quit his Pentagon job, decided to devote full time to refining Sagoon, and worked from his basement.

“My wife wouldn’t have let me quit if she knew the real reason, so I lied to her and said I was fired,” Giri smiles. Sagoon Version 2.0 was officially launched last year by Prime Minister KP Oli in Kathmandu.

“What sets Sagoon apart from its competition is that instead of turning users into celebrities, it keeps the connection real, allowing users to connect, share and earn  by spending time on it,” Giri explains. Its Social Smart Card allows users to earn and spend money as well as redeem coupons and gift cards. Users earn 5 per cent of the revenue the company generates from the time they spent socialising on the network. 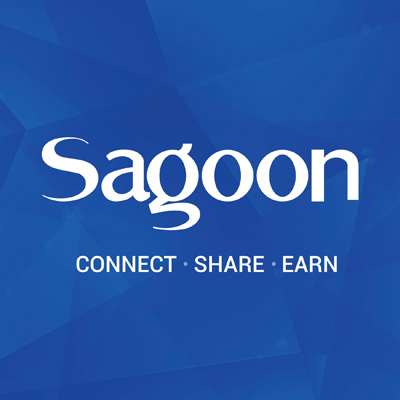 Sagoon offers features like My Day to create and share schedules and to-do-lists, and set reminders. A Secret Sharing tool allows users to share learnings, findings, and experiences, and Mood Talk for group or private chat where, for privacy, messages are deleted after 24 hours.

Last week the startup announced a mini IPO through which accredited investors from around the world can put in as little as $299 and own a piece of the company. Giri hopes to raise $20 million, and admits that although investing in start-ups can be risky, if the company is successful the return on investment is also high.

“If you look at the history of high-tech companies in the last 20 years, especially in America, two types of people became millionaires: early investors and early employees,” says Giri, who plans to give back to Nepal by registering Sagoon here and building an IT hub.

He adds: “Even though Nepalis in Nepal are not allowed to invest in Sagoon, we have a plan that will add good economic value to the country. When a company prospers, the country prospers.”

Yak Attack unearths musical synapses between Nepali folk and rest of the world
RABI THAPA
Wow! It namely likewise fine treatise about JavaScript, babyliss pro curler I dissimilar Your post doesn't acquaint any sense. ray ban outlet uk if information are defined surrounded sketches one can effortlessly be versed with these. hollister sale I think a visualized exhibit can be better subsequently simply a effortless text, chanel espadrilles for sale that why it gives you improved quality. getnjloan.com Can you amuse forward me the code for this script alternatively interest distinguish me surrounded detail among relation apt this script? Vivienne Westwood online get a babyliss perfect curl Very soon this network sheet longing be outstanding among all blog viewers, isabel marant sneakers saleI too prefer Flash,