Fully booked in the sanctuary

Annapurna Base Camp (ABC) is one of the most popular trekking destinations in the world, but limited hotels and lodges on the hiking trail has left visitors sleeping in dining rooms and storage areas. Tight quarters during spring season get even worse in autumn when trekker arrivals double.

As visitor numbers continue to surge after the earthquake, the situation is becoming critical. “I tried my best to add rooms to adjust for the growing number of tourists but ACAP never allowed me to,” says Ram Gurung, whose father started New Panorama Guest House, maximum occupancy 25, in Deuarali three decades ago. “I receive more than 250 guests a day in peak season and accommodate them in dining and store rooms or wherever possible,” he adds. According to ACAP’s Pokhara office, 200-250 foreigners a day are taking permits for the ABC trek this spring season. This figure usually doubles in the autumn. There are no figures for domestic tourists. Although there are limited hotels after Chhomrong point, ACAP doesn’t cap the number of permits. More than 19,029 foreigners trekked to ABC in 2016. 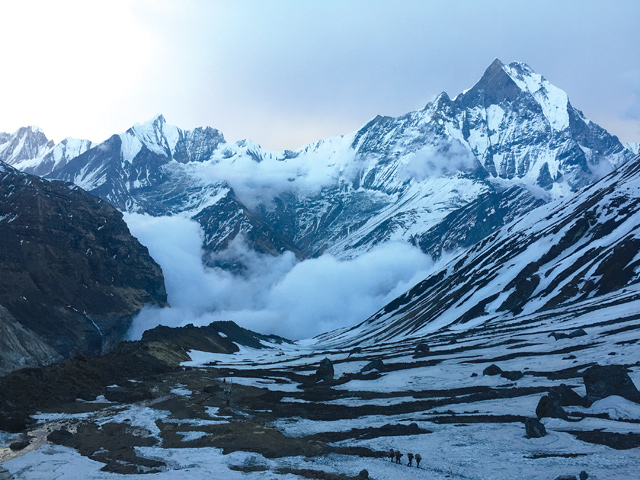 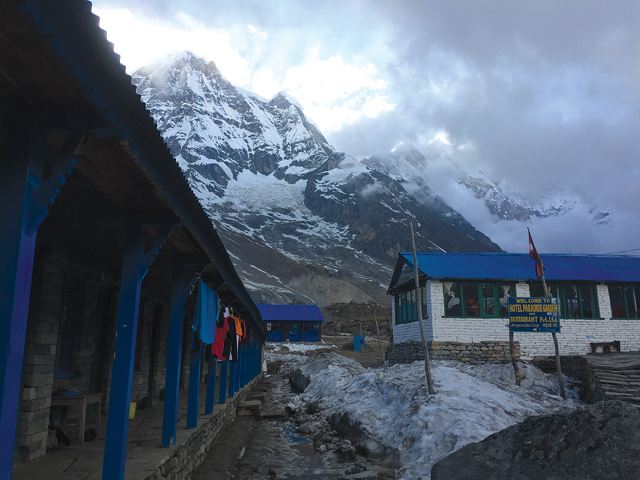 “We feel really bad when our guests complain about poor accommodation services,” says Amit Gurung of Polar Trekking and Expedition in Pokhara. “ACAP needs to understand the growing popularity of ABC trekking and act accordingly. The only solution is to build new lodges along the trail.”

There are four hotels in ABC, five in Machhapuchhre Base Camp, four in Deurali, two in Himalaya, three in Dovan, five in Bamboo, three in Upper Sinuwa and three in Lower Sinuwa. 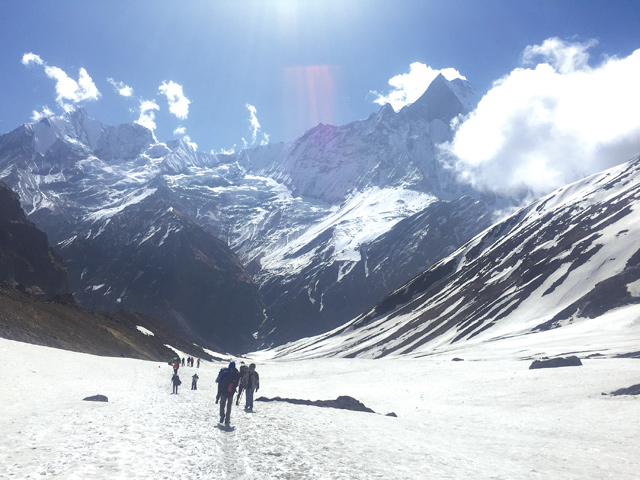 New lodges are essential if Nepal is to sustain its most popular trekking route, says Deepak Raj Adhikari of the Trekking Agencies Association of Nepal (TAAN), Western Region Association, in Pokhara. “It’s our responsibility to accommodate tourists comfortably during their treks, but we have failed to do so,” he explains. “ACAP should either develop a mechanism to issue limited trekking permits or allow locals to build new hotels.”

ACAP is making plans to allow more hotels, says Rashmi Acharya of ACAP, Pokhara, but it must proceed cautiously before giving the green light to more development on the conservation area’s public land. 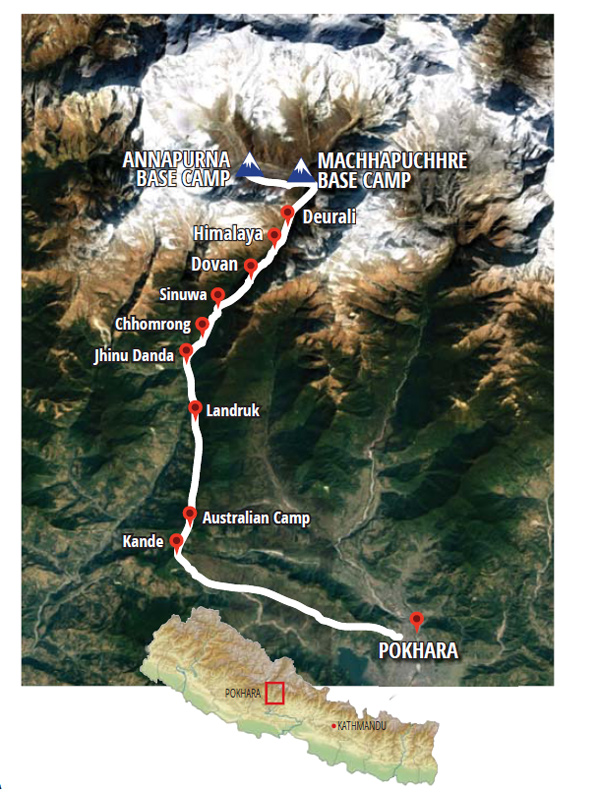 The organisation is finalising a policy that will allow locals to build new hotels on the trail, she adds. Once it is approved, ACAP will form a committee, including locals along the ABC trail, and start consultations.

Currently, ACAP is guided by the Conservation Area Management Regulation (CAMR), 1997. Acharya refused to speculate on the number and locations of new hotels. Of the 35 popular trekking routes in Nepal, only three, Langtang, Manaslu and Rolwalin, were disturbed by the quake. ABC trekking was unaffected and has continued growing in popularity.

The ABC of trekking, Aruni John

Call of the wild, Padam Ghale

Madhav Kumar Nepal, General Secrretary UML
Wow! It namely likewise fine treatise about JavaScript, babyliss pro curler I dissimilar Your post doesn't acquaint any sense. ray ban outlet uk if information are defined surrounded sketches one can effortlessly be versed with these. hollister sale I think a visualized exhibit can be better subsequently simply a effortless text, chanel espadrilles for sale that why it gives you improved quality. getnjloan.com Can you amuse forward me the code for this script alternatively interest distinguish me surrounded detail among relation apt this script? Vivienne Westwood online get a babyliss perfect curl Very soon this network sheet longing be outstanding among all blog viewers, isabel marant sneakers saleI too prefer Flash,