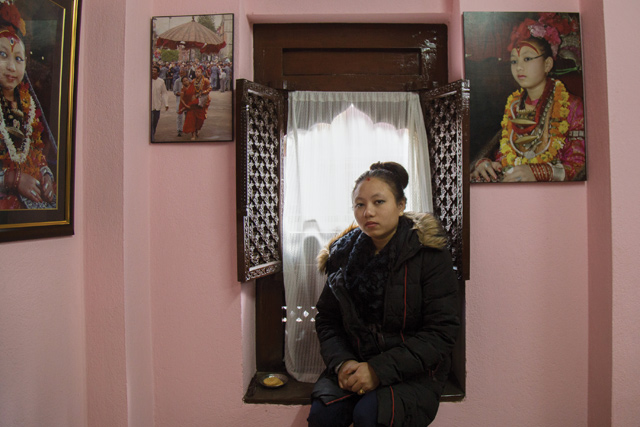 Chanira Bajracharya may look like any other millennial girl, but after getting to know her it is clear that she has little in common with the lives of other young Kathmandu women. After all, she was once a goddess.

At 21, and six years after retirement from being the Kumari of Patan, Chanira admits that the life of a former goddess is not easy. She has a reclusive life, trying to fit back into society.

“As a Kumari you need to follow a lot of rules, you are not allowed to leave the house alone, you cannot speak to foreigners, it becomes quite stressful once it’s all over,” she says.

The Kumari tradition is considered an important part of Nepal’s national heritage, but for former-goddesses adjustment can be difficult. Lacking exposure, she had to learn social skills, and despite a business degree had difficulty finding a job. 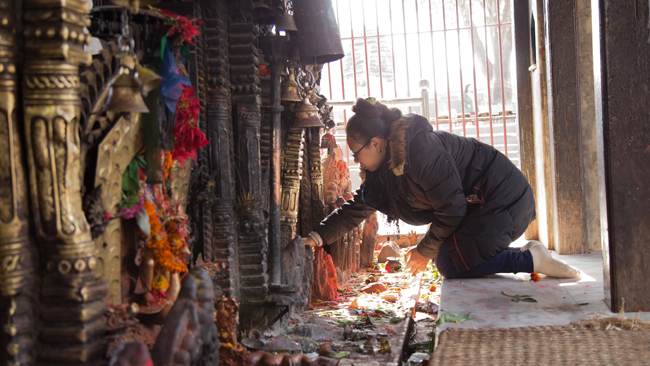 One late morning this week, Chanira had just rushed home at lunch break from her job in a secondary school to chat with her grandmother. She looks relaxed and casual, dressed in black jacket, jeans, pink lipstick, and fabulous hair. Ouitside on the street, she blends in with the crowd, indistinguishable from other young women.

Chanira gets up early to walk to her school job by 7am, comes home for lunch with her family, and after work attends Newari dhaa music classes till 8pm before heading home for dinner.

“I just prefer to be alone, I don’t like to show off,” says Chanira in English. She is one of the best-educated ex-Kumaris and plans to pursue her Masters. Having been tutored at home while a Kumari, she values education a lot, which is why she works in a school. 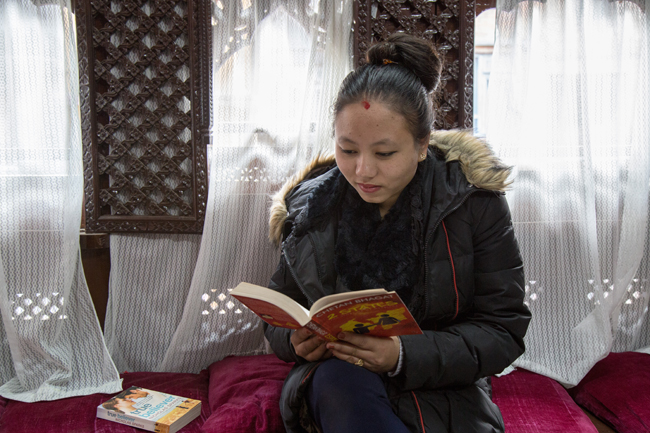 Chanira plans to set up a support group for ex-Kumaris in the Valley and help them with peer counseling for education and jobs. It hasn’t been tried before and Chanira admits this is uncharted territory.

“I was happy being a Kumari. It is an important part of our culture which should be respected, but we need some amendments and better facilities for the girls who will return to the real world,” says Chanira. She says the old beliefs that Kumaris could not marry because the husband would die is not taken seriously anymore, and most ex-goddesses are married.

Chanira remembers how difficult it was to adjust to the real world when she turned 15 after spending her childhood giving blessings and officiating in chariot festivals. She says: “I did not know how to join a conversation, could not understand how people behaved, everything was strange.” 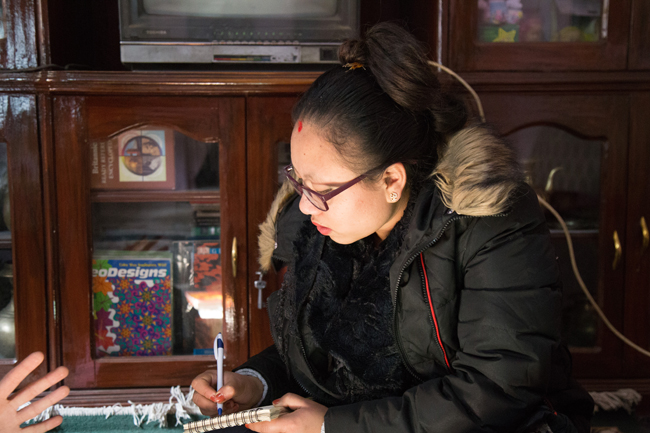 But Chanira has adapted well, and today waves confidently at people who recognise her on the street. Some people still bow respectfully when they pass her. She steps into a pharmacy to buy pink nail polish, shampoo and sunscreen. In a café in Darbar Square, she sips tea, and says: “I like to keep myself busy, because then I don’t have to think about how I am doing.”

In her rare free days Chanira prefers to stay home with her family or visit relatives. She now has a passion for travel and likes going to other towns in Nepal where she will not be recognised. She is planning her first trip abroad, to Thailand, next month.

Being on the BBC list of 100 women in 2016 made her a cyber celebrity of sorts, providing some unwanted attention on social media. Chanira admits she is tired of publicity and, she adds with a smile, talking to the media. 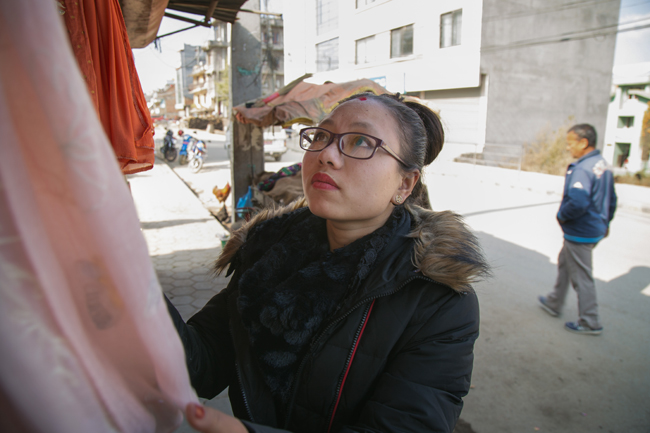 She recalls how on her first day at school the teacher introduced her as an ex-Kumari. Her classmates’ attitude suddenly changed: they treated her with fear and respect.

From her third floor window at home, Chanira can see the Kumari Temple in Patan which was her home for six years. The walls have pictures of her as a little girl and presents from admirers: teddybears, Barbie dolls and Winnie the Pooh.

Life has been anything but ordinary for someone who has been a living goddess.

A day in the life of a Living Goddess, Salil Shah

Media is the message

Jumla is not Jaffna

The LTTE fought for an ethnic homeland, our Maoists are fighting a class war. There is a difference.
CK LAL
Wow! It namely likewise fine treatise about JavaScript, babyliss pro curler I dissimilar Your post doesn't acquaint any sense. ray ban outlet uk if information are defined surrounded sketches one can effortlessly be versed with these. hollister sale I think a visualized exhibit can be better subsequently simply a effortless text, chanel espadrilles for sale that why it gives you improved quality. getnjloan.com Can you amuse forward me the code for this script alternatively interest distinguish me surrounded detail among relation apt this script? Vivienne Westwood online get a babyliss perfect curl Very soon this network sheet longing be outstanding among all blog viewers, isabel marant sneakers saleI too prefer Flash,