Blessed with natural beauty and constantly reinventing itself, the lake city continues to attract people from all over the world 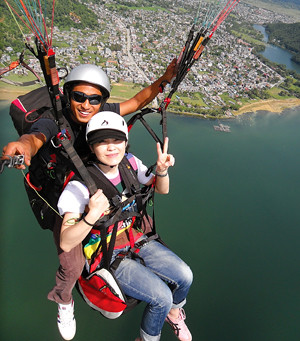 Pokhara has long been a favourite destination among Nepalis and international travellers alike. Some come here to unwind after an arduous trek around Annapurna and others for the adrenaline rush in a city that is now a famed destination on the international adventure sports map. Many dream of eventually settling down in the lake city after retirement.

With a sweeping panorama from Dhaulagiri in the west to Himalchuli in the east, the emerald green of Phewa Lake, and adventures to keep you occupied for weeks, Pokhara provides the perfect foil to the dusty, concrete jungle of Kathmandu. The air is fresh and clean, there’s little rush to get to places, people are laidback and friendly. No wonder 400,000 tourists make a trip here every year. And what has been particularly pleasing is the town’s increasing popularity among Nepalis.

“There is something about Pokhara that makes me want to keep coming back,” says Kiran Krishna Shrestha of Nepalaya. “I would love to spend my old age here, a place with a view of the lakeside or the mountain range would be great.”

The steady growth in tourist numbers has encouraged investments in the town which used to remain closed for six months during off-season. In the last three years alone, three luxury resorts have opened up with investments crossing well over Rs 600 million. With an international airport in the plans, Pokhara will be linked to regional hubs like New Delhi, Singapore and catalyse the growth of the whole of central Nepal in the next few years.

“I love being in nature and when I grow old it would be great to live here, waking up at sunrise and enjoying the view of snow-capped Machhapuchhre,” says Sarita Rana, a primary school teacher in Kathmandu who is a regular visitor to Pokhara, “the land here is fertile, maybe I will start my own little farm.”