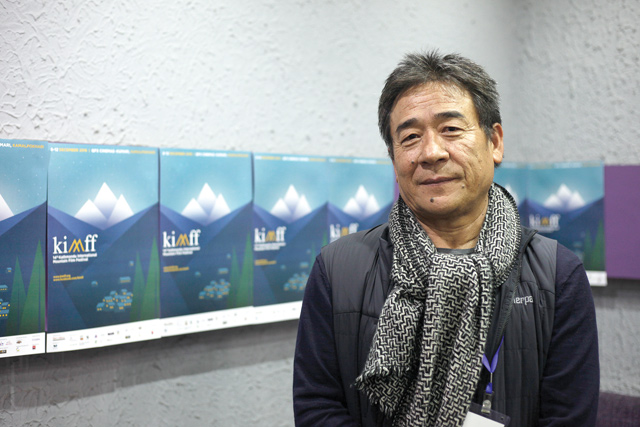 Bikram Rai
How do you take the raw reality of remote Nepal, with all its poverty, discrimination, disease, birth and death and turn it into an uplifting story of sacrifice and dedication?

Nepal’s most accomplished documentary maker, Kesang Tseten, has a knack of bringing out in his films the best in people. He looks for the flower that grows amidst the squalour, and tries to spread a message of hope. Like his previous documentary We Corner People, his latest film, Hospital, returns to rural Nepal to portray a hospital in Kalikot where ordinary health workers accomplish extraordinary things.

Tseten once again took the 14th annual Kathmandu International Mountain Film Festival (KIMFF) by storm with the screening of Hospital to a packed auditorium on 11 December. The film intrusively, and at the same time subtly, captures the reality of everyday life-saving in the Kalikot Hospital. 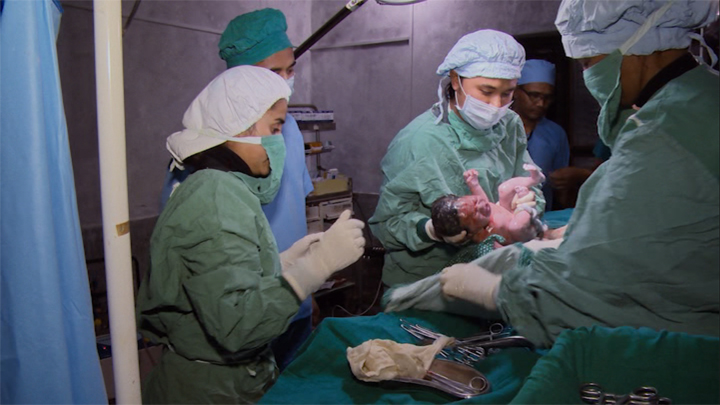 With raw footage of a mother giving birth to her baby in the first ten minutes of the film, Tseten tests us with shocking visuals and forces us to watch what it means to be a doctor and nurse in an under-staffed, under-equipped and over-burdened rural hospital in a far-flung district.

In his trademark no-narration style, the director skilfully weaves together the diversity in Nepali culture, the nature of humanity, and the state of Nepal’s health system into the storyboard to heighten the challenge of saving lives where there is so little to work with and so much at stake.

“I had imagined hospitals to be associated with sickness and dying, but I soon saw the beauty in how people deal with the array of situations they are faced with,” he told Nepali Times after the KIMFF show on Sunday.

Tseten’s interest in capturing the organic portrayal of Nepali people in his films is nothing new. His previous documentaries have brought audiences up close with migrant workers and their families, people caught up in conflict, the recruitment of Gurkha soldiers, and the yet-to-be released The Trembling Mountain, which won second prize this year at KIMFF, looks at how faith and a sense of community allowed Langtang villagers to recover from last year’s tragedy.

Tseten is a documentary maker in the true sense, he says he is only trying to document in film Nepal’s pluralistic society with its diverse range of characters, and how they cope with hardships. 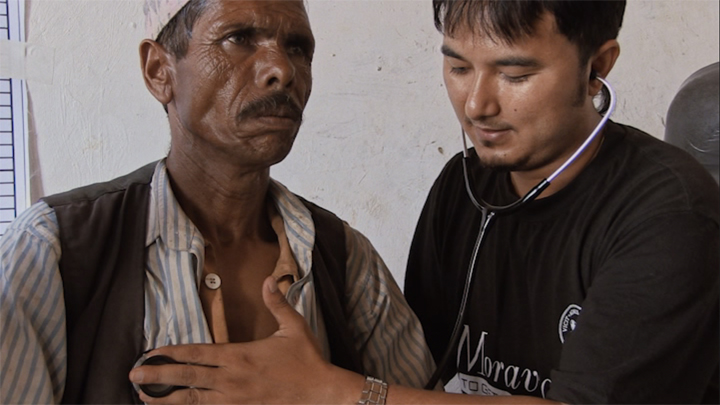 “I find the characters in my films to be very lyrical, and I tend not to say that I’m doing this for humanity. I’m just interested in people and their social setting,” Tseten says modestly. Indeed, the film-maker lets his characters speak for themselves, there is no preachiness or prescription, and no conclusion and closure.

Indeed, the film-maker has been criticised for documentaries that lack in clear take-home message. But one of the things that keeps Tseten going is his love of encountering experiences and transmuting them into a form of expression. The biggest challenge, he believes, is trying to reimagine how something can be done.

Tseten wanted to be a writer and graduated in journalism from Columbia University in New York, but after his first book was rejected by a publisher, he started exploring film-making.

“The sensibility is the same, so I don’t feel I have changed because of the medium,” Tseten explains. “I don’t make films that are morally one dimensional because that’s not how the world is. I make the film to discover the film.”

Motivated by the Buddhist notion of Sunyata (Nothingness), Tseten lives by the belief that nothing is intrinsically or eternally real. Informed by this mantra, he develops a level of relativity in all his films. 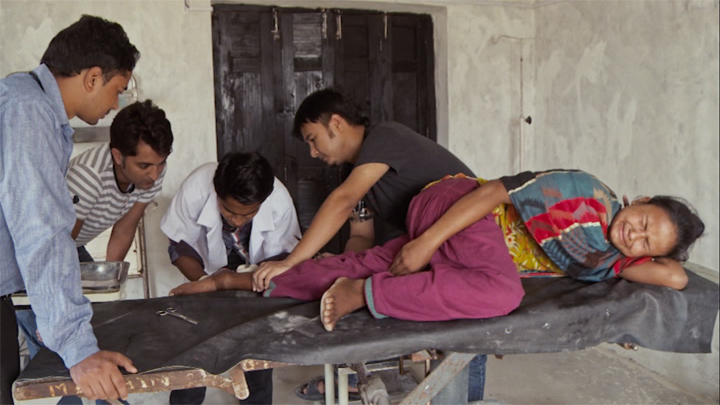 “I try to break down the jaggedness and judgemental nature and capture the essence of the subject,” he says, and Hospital is a true example of the way Tseten uses juxtaposition and camera cuts to highlight this. The carefully considered piecing together of footage from patients within the hospital offers a visual insight into the humanity in Nepalis, and sometimes the lack of it.

The filmmaker admits that whilst many of his documentaries are sad, they hold a degree of relevance and offer hope. In Who Will be a Gurkha which won the top KIMFF Award in 2012, Tseten uses cinema verite technique to film the recruitment process, bringing out the desperation, hopes and disappointments of would-be recruits with sometimes tragi-comic humour.

“It’s more than work for me. It becomes artistic when there is an interest in my own people, society and issues which is what I present,” Tseten tells us, “Gurkha recruitment is a part of Nepali history, so while going off to join the Gurkhas is tragic, there’s also an aspect of humanity that cannot be ignored.”

How can we forget?

Gorkha is on track

KISHOR RIMAL in ROLPA
Wow! It namely likewise fine treatise about JavaScript, babyliss pro curler I dissimilar Your post doesn't acquaint any sense. ray ban outlet uk if information are defined surrounded sketches one can effortlessly be versed with these. hollister sale I think a visualized exhibit can be better subsequently simply a effortless text, chanel espadrilles for sale that why it gives you improved quality. getnjloan.com Can you amuse forward me the code for this script alternatively interest distinguish me surrounded detail among relation apt this script? Vivienne Westwood online get a babyliss perfect curl Very soon this network sheet longing be outstanding among all blog viewers, isabel marant sneakers saleI too prefer Flash,