For nepalis by Nepalis

Need to check how much a taxi to Thamel should cost, update on the latest load shedding schedule, or how to say ‘I like your dress’ in Newari? The App Store maybe global but their apps are local thanks to Nepali developers who have created hit applications targeted at Nepali users.

Shankar Uprety works in an American software development company and is the man behind popular apps like Hamro Patro, Nepali Dictionary and Hamro Keyboard. The three apps have been downloaded over 500,000 times in Android and iOS platforms. 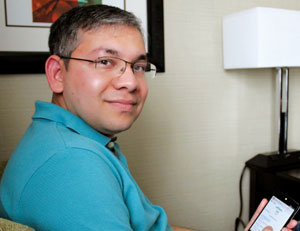 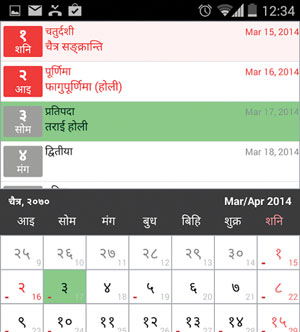 “We wanted a smart solution for Nepalis abroad to keep track of the festivals and important celebrations,” says Uprety who has expanded Hamro Patro from the basic Nepali calendar to a one stop solution for information on currency exchange rates, news and daily horoscopes.

“I feel proud that these apps which are a result of my personal interest have made lives easier for over 500,000 Nepalis,” says Uprety who takes out two hours everyday from his day job to work on his hobby. 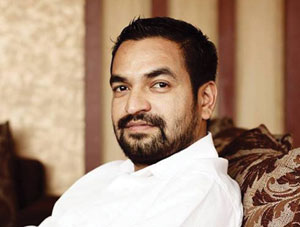 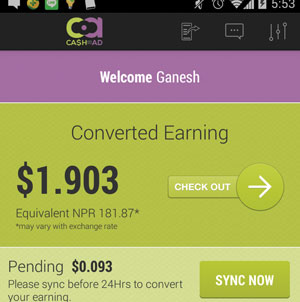 Cash On Ad is a unique app that pays subscribers money for watching advertisements on their phones. For every six second view of the ad, it pays the viewer one rupee. According to Bishwas Dhakal of Cash on Ad, the app has been downloaded 200,000 times. The app was launched three months ago and the developers are presently working on its new version. They feel it can be used worldwide by advertisers to reach niche audiences. 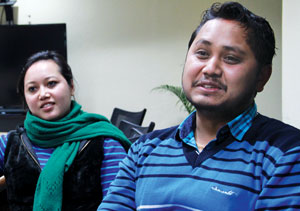 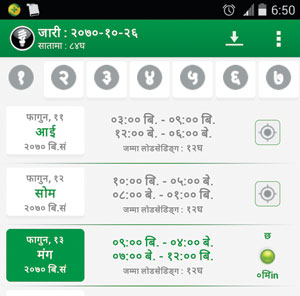 Software developers Elija and Chandraman Shrestha (pic, above) got tired of photocopying revised power schedules that changed every few months. So the conjugal team of software developers came up with Nepal Load Shedding Schedule, an app to keep tab on every-changing power cut schedules. The app proved to be a hit: over 400,000 users downloaded it within a week of its launch on the Google Play store.

“Users give us a lot of suggestions about what they like and want to see incorporated, so we learn as we go,” says Eliza who worked on the software with her husband.  Over three dozen versions of the app has been uploaded on the Playstore.

Apart from the popularity, the app also brings them close to USD 300 in revenue each month. “We even had to change servers after getting high traffic, but we didn’t want to stop people from accessing easy information just because our operating costs increased,” says Chandraman Shrestha. “However it would be the happiest day for us when load shedding ends in Nepal and this app is no longer needed.”

Read jokes in Nepali and English.

Listen to more than 170 Nepali radio stations on your android device.

Find out whether your taxi driver is a cheat.

Your daily dose of news from Nepal at your finger tips.