Back to Basics in Bhaktapur

The Malla architecture that you find here is unlike anywhere else in the world.
Hariz Baharudin 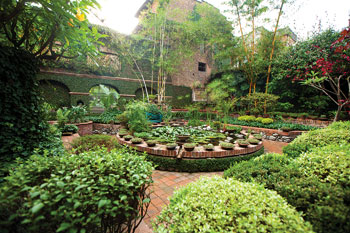 When asked about how much longer he is going to stay in Bhaktapur, Austrian architect Götz Hagmüller offers a very clear answer: “Why would I leave, when I am happy to have found my own little paradise here?”

The ‘little paradise’ that he refers is his home of 30 years (pic, right): a restored math that he shares with his wife. It is one of the 13 maths in Bhaktapur, out of 30 in the entire valley. Although originally used for prayers and conducting religious ceremonies, Hagmüller used his architectural knowledge to transform this old building into the impressive living space that it is today.

“It is not even done yet, there is always something that needs to be fixed or designed, but I like it that way,” Hagmüller said.

His home is only one of the many impressive designs that Hagmüller has worked on since visiting Nepal for the first time in the 1970s. He is well-known for his restoration works with the Bhaktapur Development Project in 1979, the Garden of Dreams in Thamel as well as the Patan Museum. Hagmüller’s extensive work as the museum’s architect even enabled him to produce Patan Museum – The Transformation of a Royal Palace in Nepal, a 144-page homage to the museum and the artefacts it contains.

Hagmüller says that his love for Nepali architecture and design stems from how unique it is. “The Malla architecture that you find here is unlike anywhere else in the world,” he said. 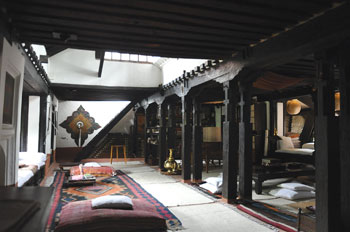 But it was specifically Bhaktapur that stole his heart 35 years ago, so much so that he decided to settle down here. According to him, the allure of the town lay in how it reminded him of older European cities, before modernisation changed the architecture of those places.

An amazing feature of Bhaktapur is the city has the largest amount of old stone water spouts as well as the pokharis littered throughout Bhaktapur.

The city still has a long way to go in terms of development however. Many areas still do not have proper water supply, or street lights. There is an apparent lack of attractive food options, an area the city needs to improve if it wishes to maximise its enormous tourist potential.

But Hagmüller is content to leave Bhaktapur the way it is. He says: “Even though Bhaktapur is less developed, you see people are happy. I love to see the children playing in the streets, without any worry. Nowhere else do you see that.”

Living in Bhaktapur the Austrian way

The Big Three pay only lip service to individual freedom
BHOLA CHALISE
Wow! It namely likewise fine treatise about JavaScript, babyliss pro curler I dissimilar Your post doesn't acquaint any sense. ray ban outlet uk if information are defined surrounded sketches one can effortlessly be versed with these. hollister sale I think a visualized exhibit can be better subsequently simply a effortless text, chanel espadrilles for sale that why it gives you improved quality. getnjloan.com Can you amuse forward me the code for this script alternatively interest distinguish me surrounded detail among relation apt this script? Vivienne Westwood online get a babyliss perfect curl Very soon this network sheet longing be outstanding among all blog viewers, isabel marant sneakers saleI too prefer Flash,